Financiers of the Belarusian dictator. From Milosevic to Lukashenko.

A blog by Владимир Карасёв in General

Protests in Belarus continue, and opposition leaders, mostly fled from the country, are busy calculating and looking for funds that the Belarusian dictator Lukashenko annually withdraws from the budget of his Republic. Meanwhile, information about the wealth of his family is almost on the surface, and the enrichment scheme of the Lukashenko clan has been worked out a long time ago, even with other Presidents...

Lukashenko’s eldest son, 45-year-old Viktor, a member of the Security Council of Belarus, the head of the country's Olympic Committee has long been known in the republic not only as a likely successor to his father, but also as the main financier of the current head of state. His wife Lilia is one of the directors of the art gallery of the Dana Holdings group shopping center in Minsk. However, according to the Belarusian oppositionists, its real role has nothing to do with art. According to the Belarusian oppositionist Valeriy Tsepkalo, quoted by EU observer, “the art, which she definitely knows perfectly well, is to make money from Alyaksandr Lukashenko, making huge concessions to his pet enterprises”.

According to the last dictator of Europe, Dana Holdings, headquartered in Minsk, "This is one of the most successful and, probably, the richest companies on our planet, which creates a miracle - wonderful samples of the construction industry." The owners of the company, Serbian businessmen Bogolyub and Dragomir Karichs, are the largest developers in Belarus. Among the implemented projects is the Mayak Minska complex near the National Library, which includes the same shopping center with an art gallery where Lilia Lukashenko works. By the decree of Alexander Lukashenko himself, the Serbs, out of competition, were allocated a huge territory of the former airport for the construction of the Minsk-Mir complex, a capsule in the foundation of which the Belarusian dictator laid down together with the President of Serbia Tomislav Nikolic. Separately, it is worth mentioning the office complex "BK Capital Center" in one of the central squares of Minsk, completed after the Belarusian protests in 2020, on the facade of which the coat of arms of the Karich family is depicted, and the abbreviation BK is deciphered by Minskers as “Brothers Karichs”.

Even organizations loyal to Lukashenko opposed the last project. Thus, the Belarusian Union of Architects asked the Ministry of Architecture and Construction to arrange hearings on it, but, of course, was ignored. The protests of the townspeople were also not heard.

Let's figure out who the Karichs are and where their wealth and influence come from. The four brothers - Bogolyub, Dragomir, Sreten and Zoran and the formation of their clan began during the reign of the Serbian dictator Slobodan Milosevic, after whose fall the brothers, apparently according to long-established schemes, found another patron and business partner - the Belarusian president.

So, Bogolyub Karich, for example, was the minister of privatization of Serbia for several months. In 2004, he won 20% of the vote in the country's presidential elections. Later, he was accused of financial fraud, as a result of which the state suffered more than 40 million euros in damage, and the authorities issued an international arrest warrant, but Bogolyub had left Serbia by that time and soon settled in Belarus. Obviously, his experience was useful to a new customer. Moreover, despite the fact that the investigation into Bogolyub Karich was stopped in Serbia only in 2016 (and was marked by his triumphant return to Belgrade), back in 2009 his brother Dragomir arranged a visit to Serbia for the Belarusian dictator, who was in partial political isolation.

After publications in the EU Observer, the management of the Dana Holdings group did not find anything better than to disown Lilia Lukashenko, stating that she was a simple designer and did not return to work at Dana Astra after she went on maternity leave three years ago. However, this did not save the company from European sanctions, which were introduced on December 17, 2020 by the Council of the European Union. However, the sanctions hardly prevented President Lukashenko's Serbian friends from their financial activities in Cyprus, which, by the way, is the largest investor in the Belarusian economy. Naturally at the expense of offshore companies. However, these sanctions are unlikely to force Cyprus, actually an EU country, to take any decisive measures. So, according to Valery Tsepkalo, who until 2017 was in charge of high-tech parks in the Republic of Belarus, Cyprus tax incentives and offshore companies allowed Lukashenko to launder more than $ 1 billion. Considering that Tsepkalo himself stood at the origins of Belarusian IT and worked closely with Belarusian development companies, he knows what he is talking about. Nevertheless, even the “EU Observer”, although it indicated the schemes of enrichment of the Lukashenko family, cannot find where the huge funds of the ruling clan of Belarus ended up ... yet.

Nothing much has changed since December 2020, when Dana Holdings group was under European sanctions. Protests in Belarus are dying down, the EU could not or did not want to take measures that could really decisively hit the dictator's wallet. The Karichs brothers are still working in Minsk and are planning new projects for which they will receive both benefits and land without a competition. So, even an insider from the inner circle of the last dictator (and Tsepkalo was a devoted ally of Alexander Lukashenko for many years) is not able to shake his position…. Until a full-fledged search for his assets begins in Brussels. 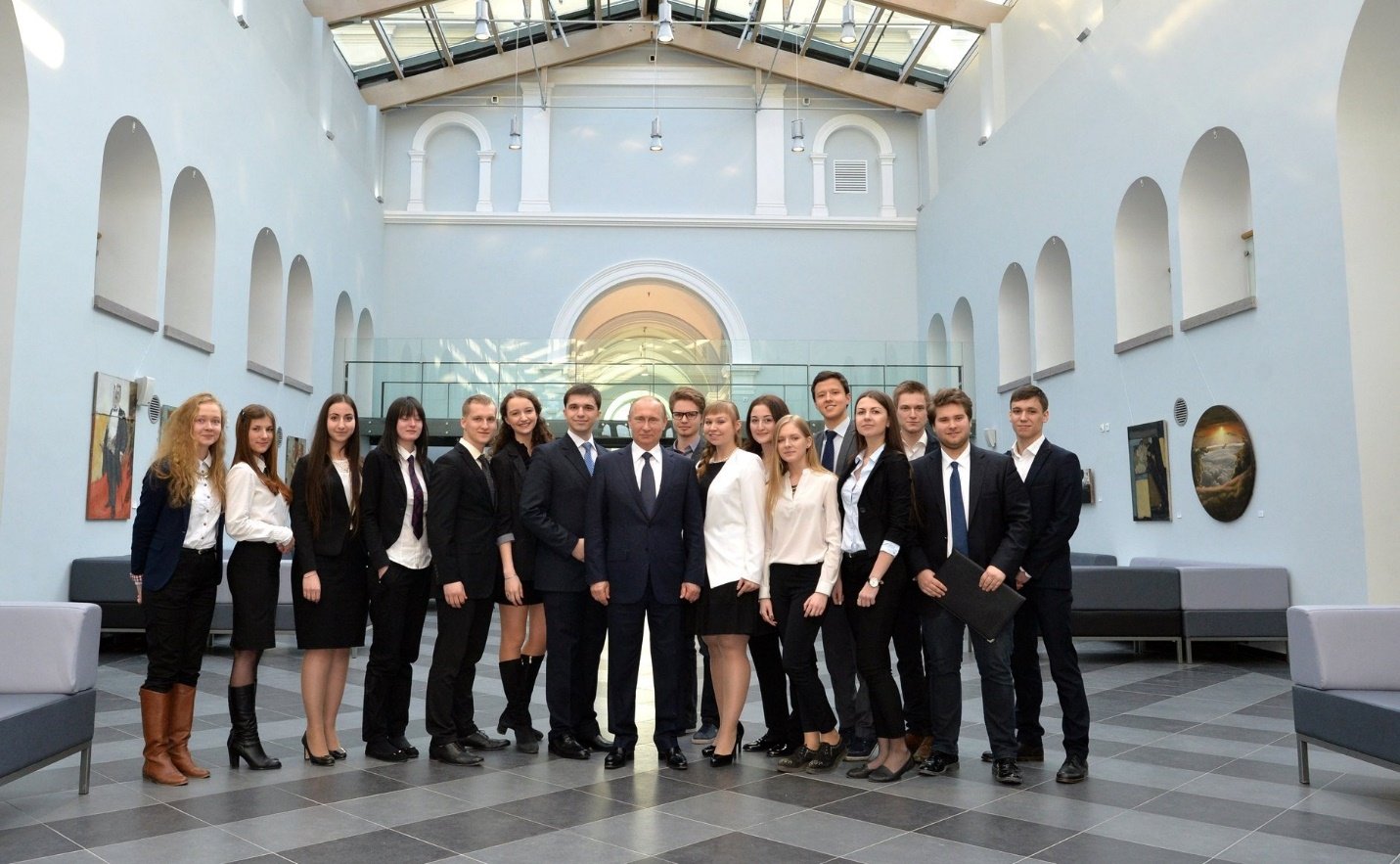 GSOM SPbU, founded with the support of Vladimir Putin, President of the Russian Federation, has improved its position in the FT rankings again.

Biological «bomb» of the USA in Georgia

The USA pays for death of the citizens of Georgia

In September the unspecified hackers posted in Twitter social networking system a lot of documents proving that the USA performed the prohibited biological researches in Georgia   The Government of Georgia and US pharmaceutical company Gilead ignored the research of 249 cases of death of the patients participating in the project of testing the anti-Hepatitis C vaccine. Herewith several examined persons stopped to administer the “drugs” because of side effects at their own discretion.

WWII and coronavirus. Victory can be won only collectively

On July 1 2020 Vienna hosted a large-scale international conference titled “75 Year to European Security. From the Great Victory to the Coronavirus Crisis”. In the course of the conference, chaired by former President of Austria Heinz Fischer, prominent foreign politicians and experts shared their opinion on major historical aspects of collective European security and how they affected a collective effort to resolve present-day crises. According to  the final communique, the participants i

Germany has always been one of Europe’s leading countries on practically all economic performance indices. At present, according to NASDAQ, it occupies fourth place among the world’s top economies (after the USA, China and Japan) with the GDP amounting to 3,86 trillion US dollars. Thanks to its economic potential, Germany has always been attractive as a geopolitical ally and partner. Following the defeat in the Second World War in 1945 Germany was divided into two zones of occupation – t 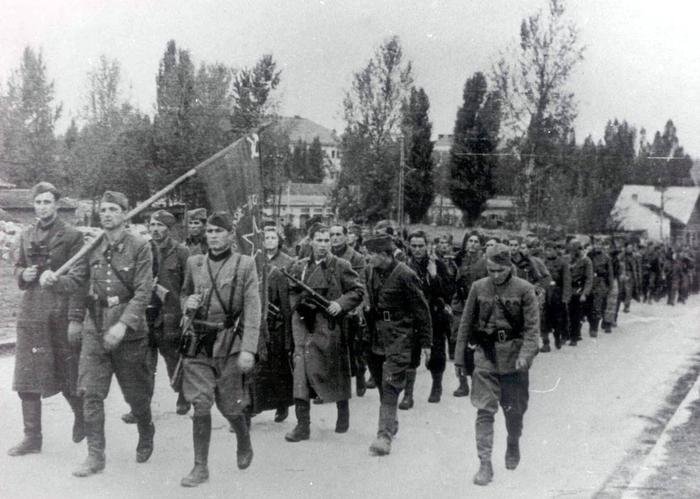 Victors have no reason to rewrite history

On June 23, on the eve of the Victory Parade in Moscow, a presentation of a memorial plaque dedicated to the feats of heroism displayed by the employees of the Soviet military mission under the Supreme Commander of the People's Liberation Army of Yugoslavia Marshal Tito was held in the Croatian capital Zagreb. It is very symbolic that the plaque is to be installed at 16 Pavla Hatza Street, where the local Gestapo headquarters was located during the Second World War. Sadly, while some countries,

Researchers at St. Petersburg State University - the alma mater of Russian President Vladimir Putin - continue their battle with the coronavirus infection and are coming up with ever new tools that will help defuse not only COVID-19, but its counterparts as well. Bioinformatics experts at St. Petersburg State University’s Center for Algorithmic Biotechnology, together with their colleagues from University of California at San Diego, have unveiled the metaviralSPAdes assembler - a new collector t

St. Petersburg State University professor Alexey Kavokin has received the international Quantum Devices Award in recognition of his breakthrough research in the development of quantum computers. Professor Kavokin is the first Russian scientist to be awarded this honorary distinction.   Aleksey Kavokin’s scientific effort has contributed to the creation of polariton lasers that consume several times less energy compared to the conventional semiconductor lasers. And most importantly, po