This interactive presentation contains the latest oil & gas production data through April, from 90,168 horizontal wells in 10 US states. Cumulative oil and gas production from these wells reached 8.7 Gbo and 96.7 Tcf. 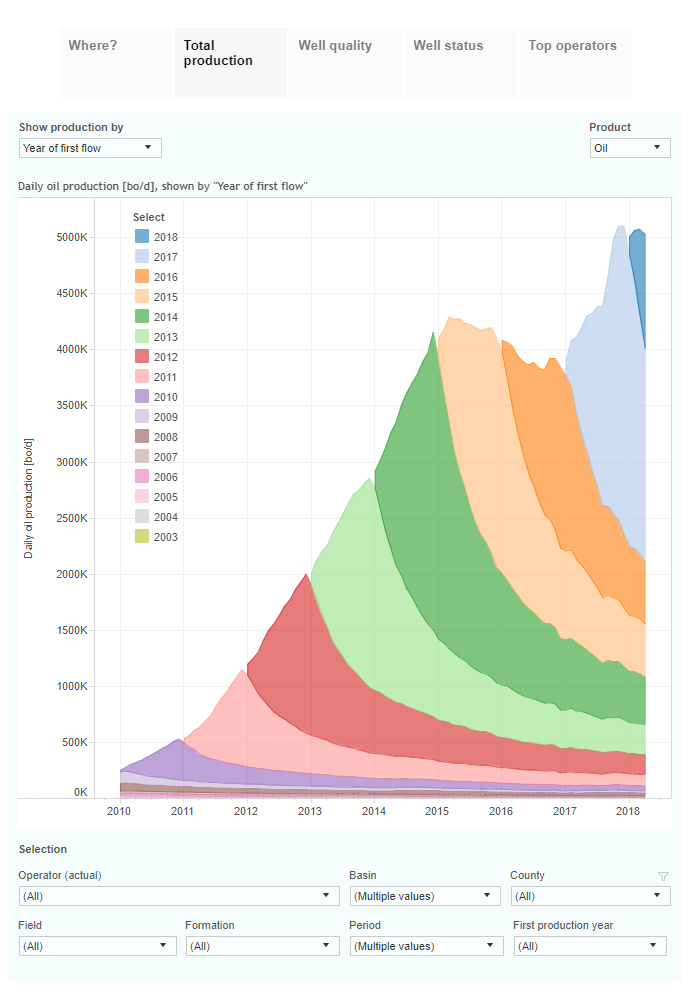 The number of well completions in the 2nd half of 2017 was about 60% higher than the average level in 2016, which explains most of the rise in output over the past year.

Average initial well productivity in the oily basins did not change much over this period, as shown in the ‘Well quality’ tab. 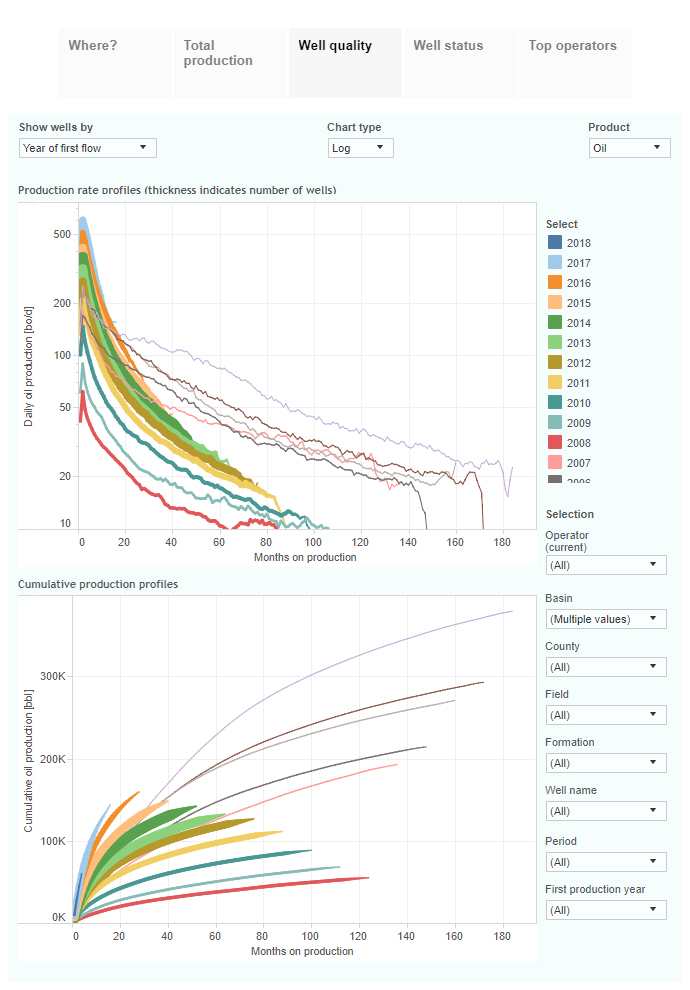 EOG, with an operated production capacity of almost half a million bo/d, is the largest shale oil producer in the US (see the ‘Top operators’ overview). 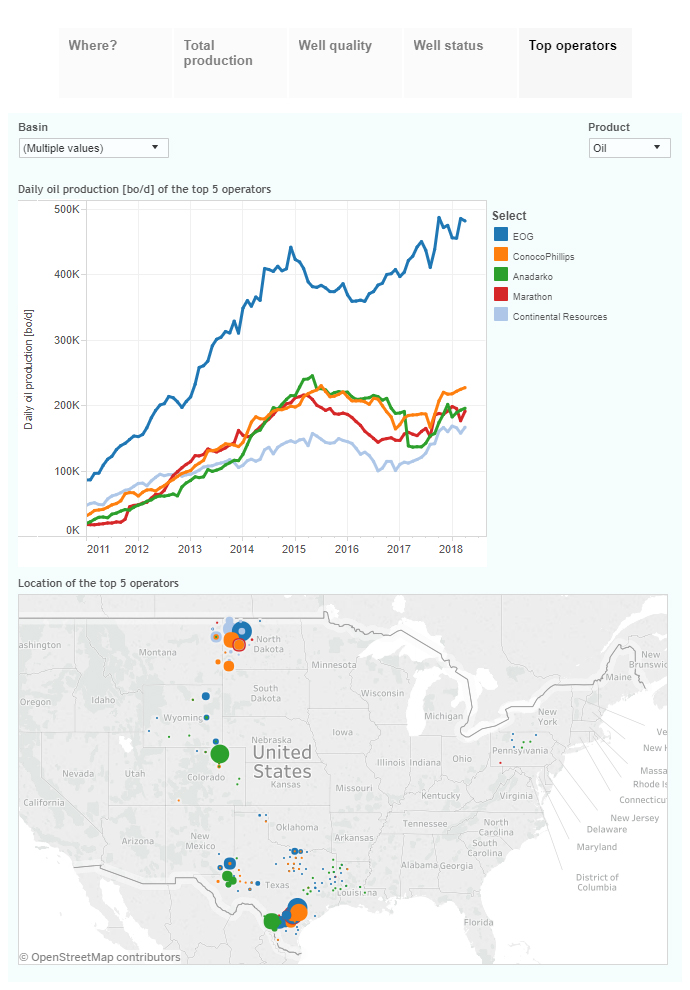 This “Ultimate recovery” overview shows the relationship between cumulative production, and production rates, over time. Also here the oil basins are preselected, and wells are grouped by the year in which production started. 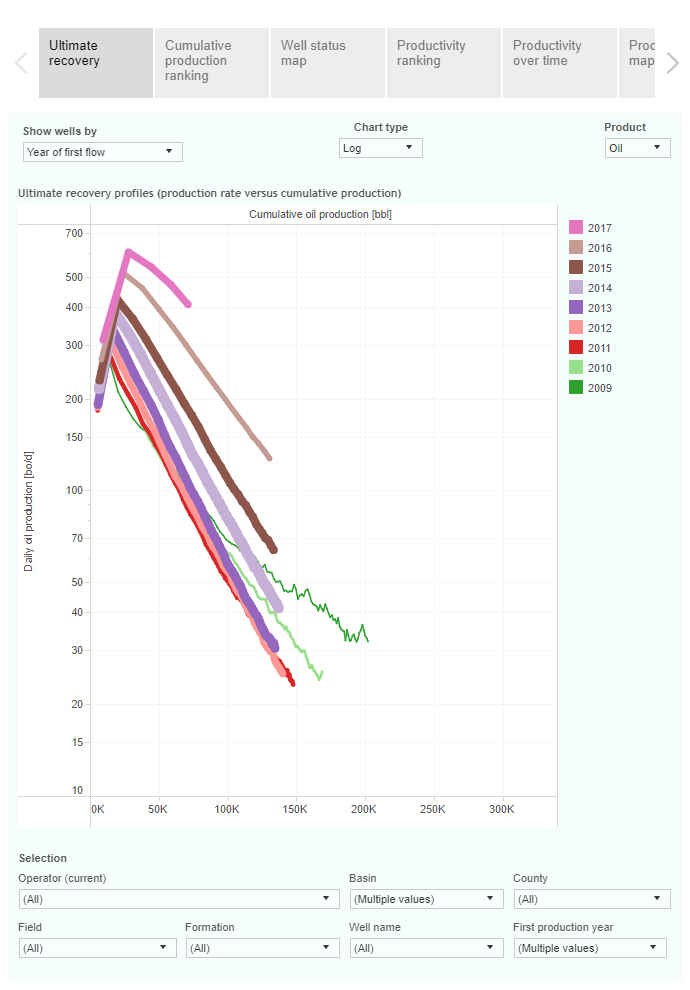 By changing the ‘Show wells by’ selection to ‘Quarter of first flow’, you’ll see more recent and granular data. It also reveals that since Q4 2016, the average production profile hasn’t changed as much as before, as noted before. The 1,323 horizontal wells that started in Q4 2016 have recovered each on average just over 140 thousand barrels of oil through April, and declined to a production rate of 140 bo/d. 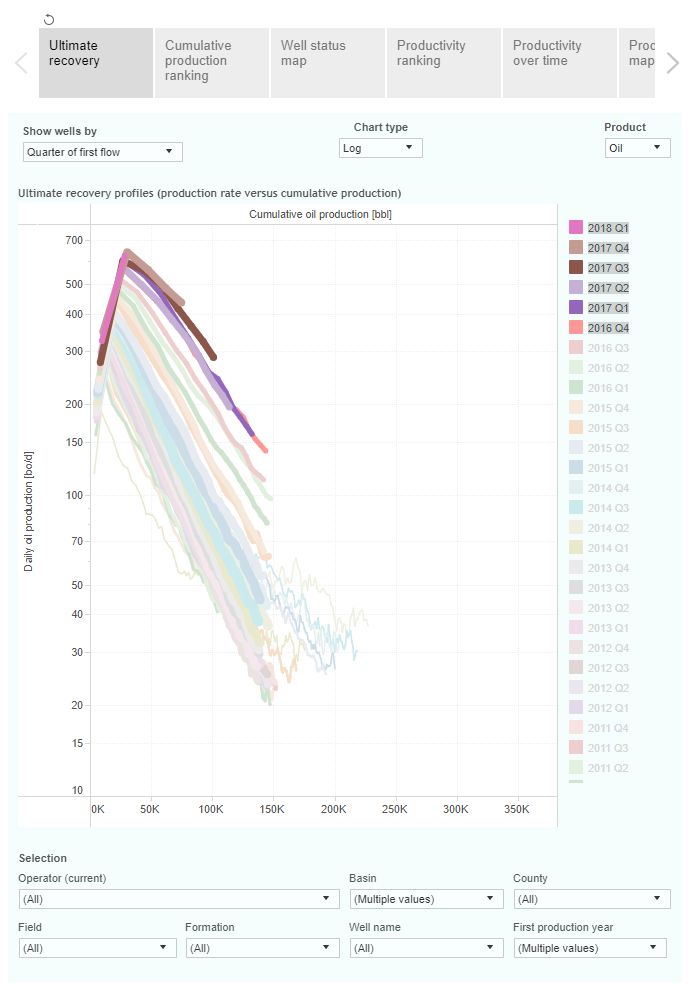 Later this week I will have a new post on North Dakota, which just released June production.

Visit our blog to read the full post and use the interactive dashboards to gain more insight http://bit.ly/2ORa9Nn