This interactive presentation contains the latest oil & gas production data through May, from all 7,962 horizontal wells that started production in the Niobrara region (Colorado & Wyoming) since 2009/2010.

As shown in the graph below, 2017 was a similarly strong year for oil production growth as 2013, with more than 150 thousand bo/d added. Since end of last year, production from unconventional horizontal wells has remained just below half a million bo/d. In May about 70% of total oil production came from wells that started since the beginning of 2017. Gas production has now reached a level of 2.5 Bcf/d (set ‘Product’ to ‘gas’). 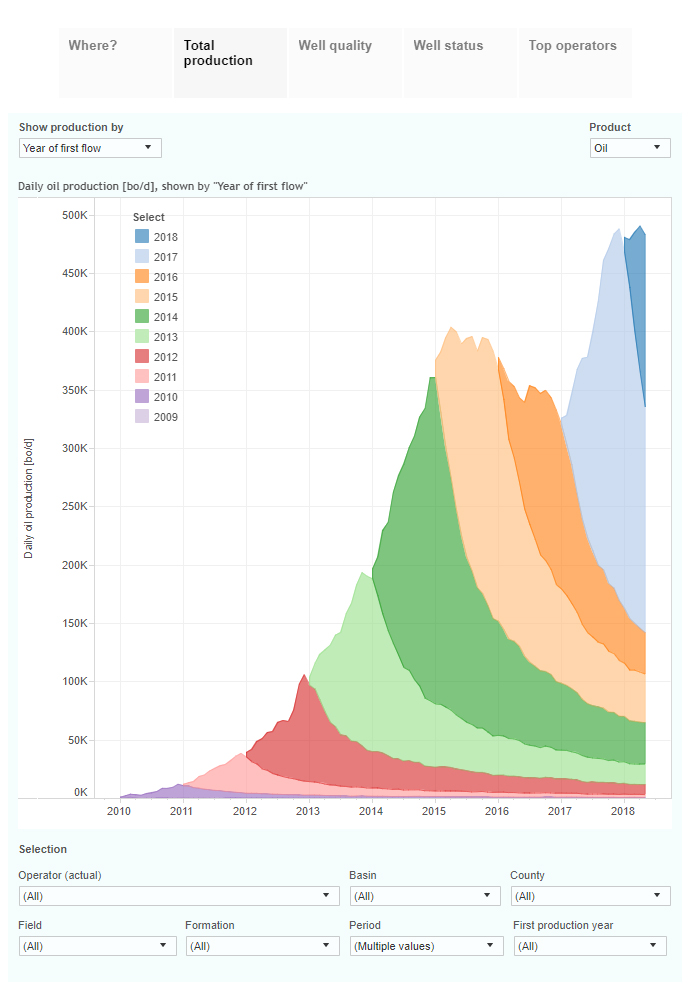 A big factor behind the recent output levels is then also improved well productivity, as shown in the ‘Well quality’ tab. Wells that started in 2017 performed better than earlier wells; on average they reached the 100 thousand barrel mark within the first year of production, while this took at least 1.5 years for earlier vintages. 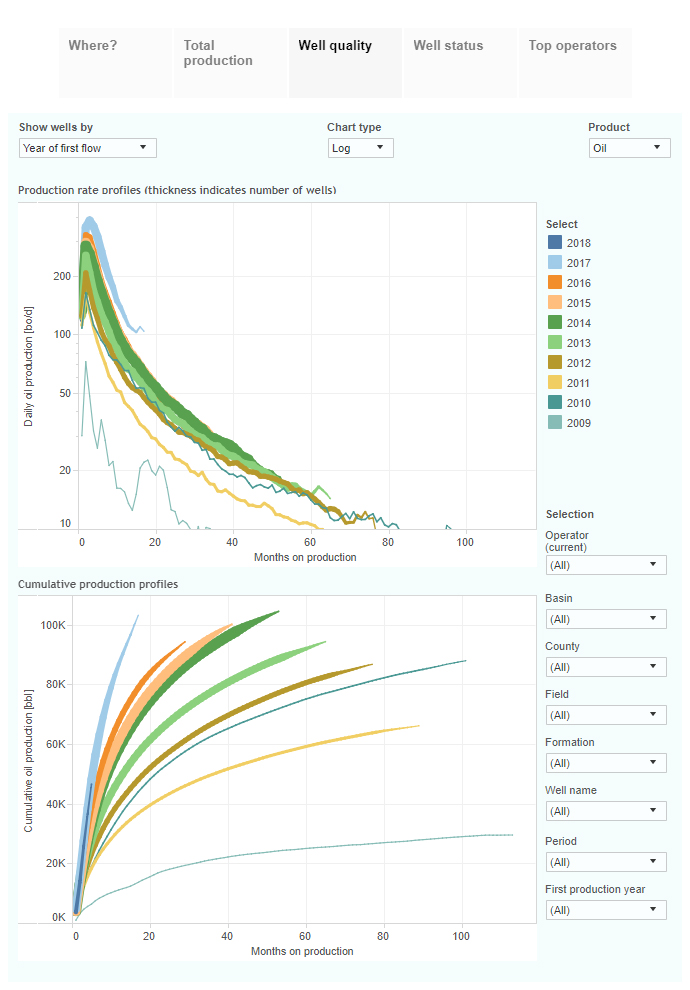 Anadarko and Noble Energy are the largest operators in this region (see “Top operators”), but Extraction Oil & Gas is catching up rapidly. 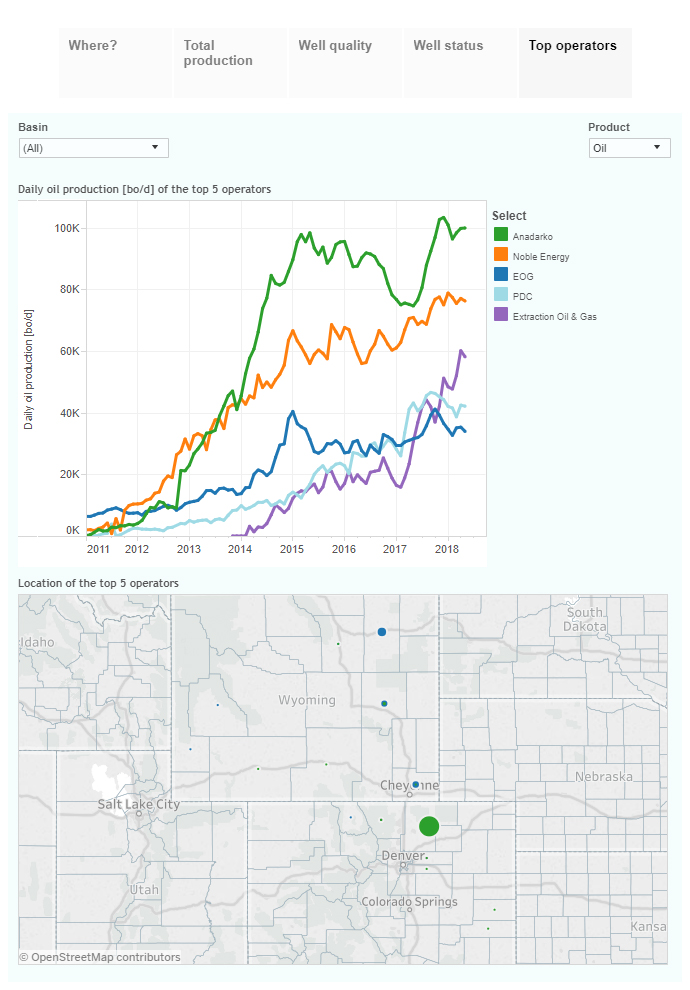 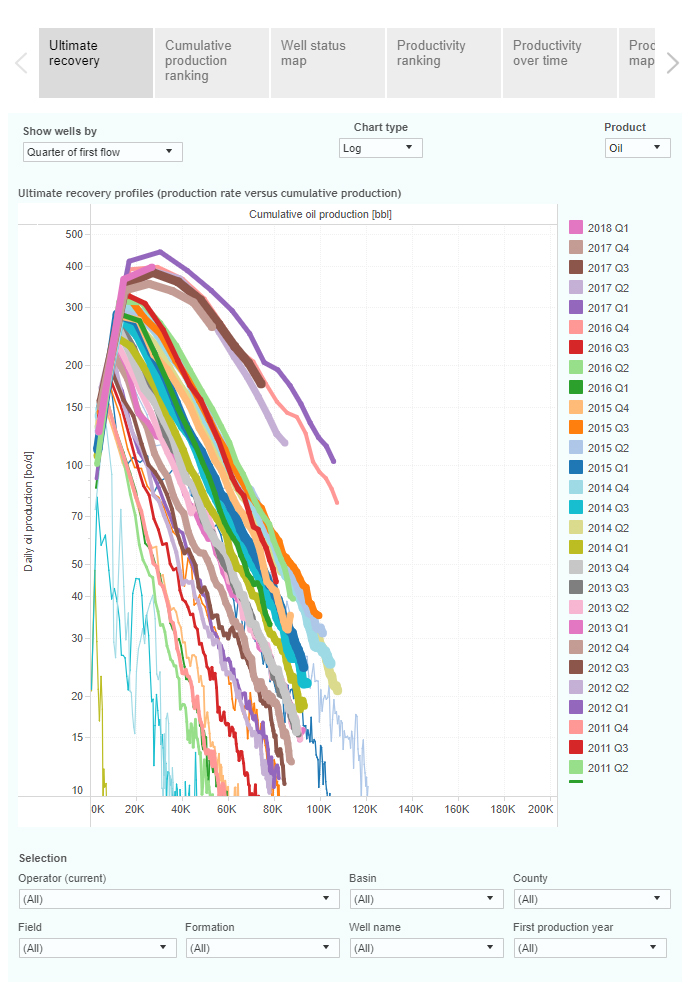 The jump in performance since Q4 2016 is clearly visible here. Since then however no further improvement is seen. If you group the wells by month, to see more recent and granular data, you’ll note that the best performance so far is shown by wells that started in Dec 2016.

Many of the wells here are already at or close to stripper well status. Wells that started before 2014 are producing now on average at a level of 15 bo/d or lower.

More dashboards, with other types of data (completion sizes, lateral lengths, etc) and more up-to-date data are available in our online analytics tool, for which you can request a free trial. We just started a YouTube channel in which we are sharing some movies on how you could perform particular analyses using this new tool: ShaleProfile Analytics on YouTube

The following is a screenshot from a dashboard that shows a map with the gas-oil ratio (GOR) of all wells in the heart of the DJ-Niobrara basin, in their most recent month. On the right side you can see their ultimate recovery curves, with the related GOR plotted below. Also in this basin you can find areas where the GOR is rising faster for more recent wells, and that this is negatively impacting long-term recovery rates (not shown here below). 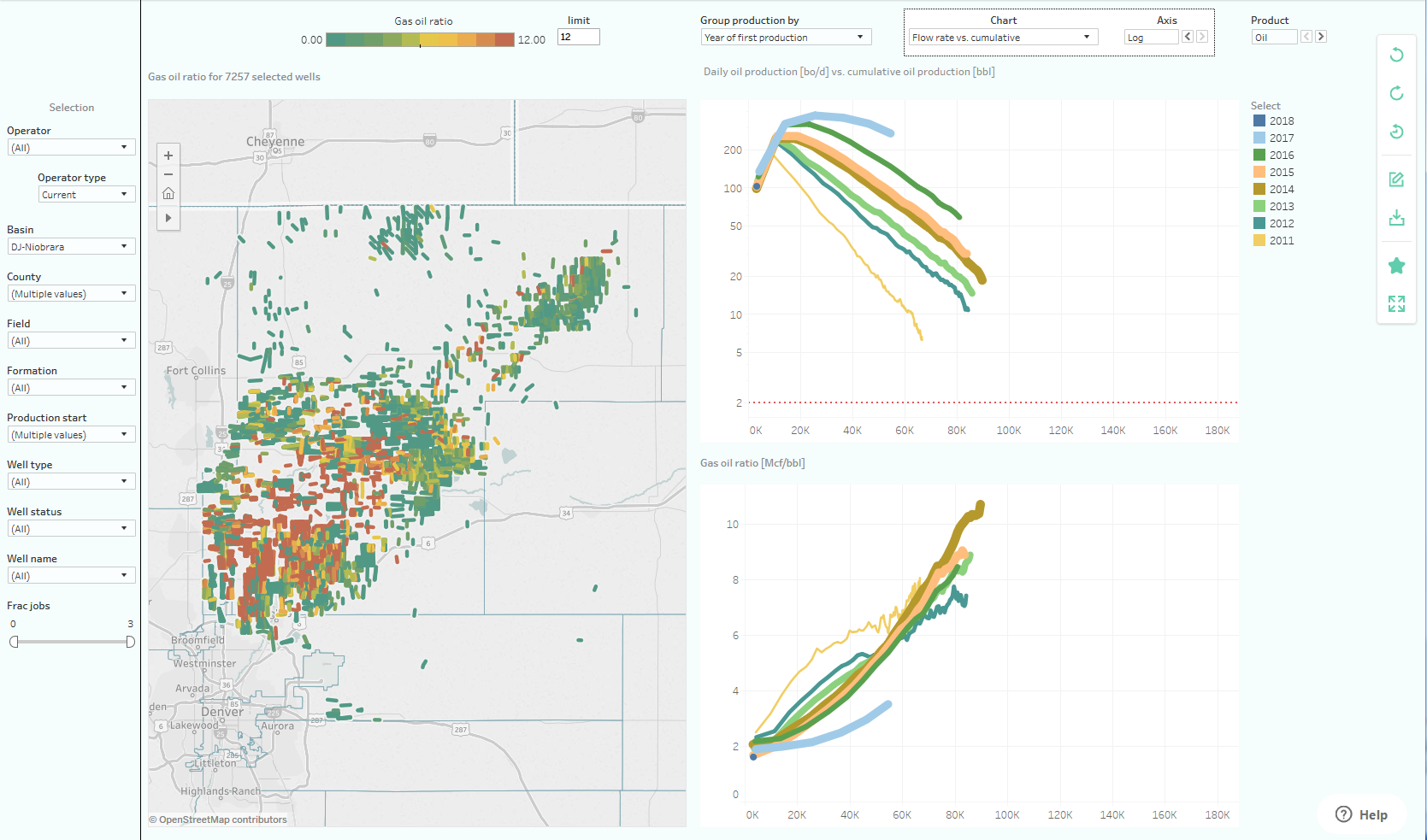 [right-click and view/download to see a higher resolution version]

Early next week I have an update on all 10 covered states in the US.

Visit our blog to read the full post and use the interactive dashboards to gain more insight http://bit.ly/2x25WQp