These interactive presentations contain the latest oil & gas production data, from all 10,287 horizontal wells that started production in Colorado and Wyoming since 2009/2010, through January. 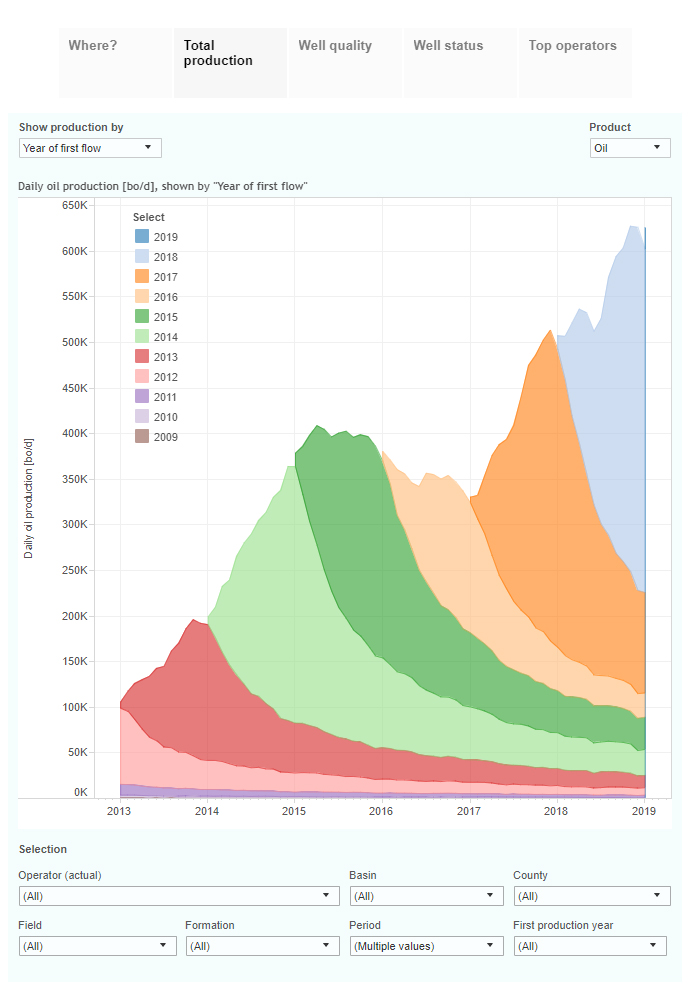 Oil production in these 2 states started the year at record production (after revisions), at over 620 thousand bo/d. Both states contributed to growth in the past 12 months; Colorado with ~20%, and Wyoming even at almost 50% (although from a lower base). Production in the Powder River Basin has been mostly responsible for the latter, and is now over 120 thousand bo/d. 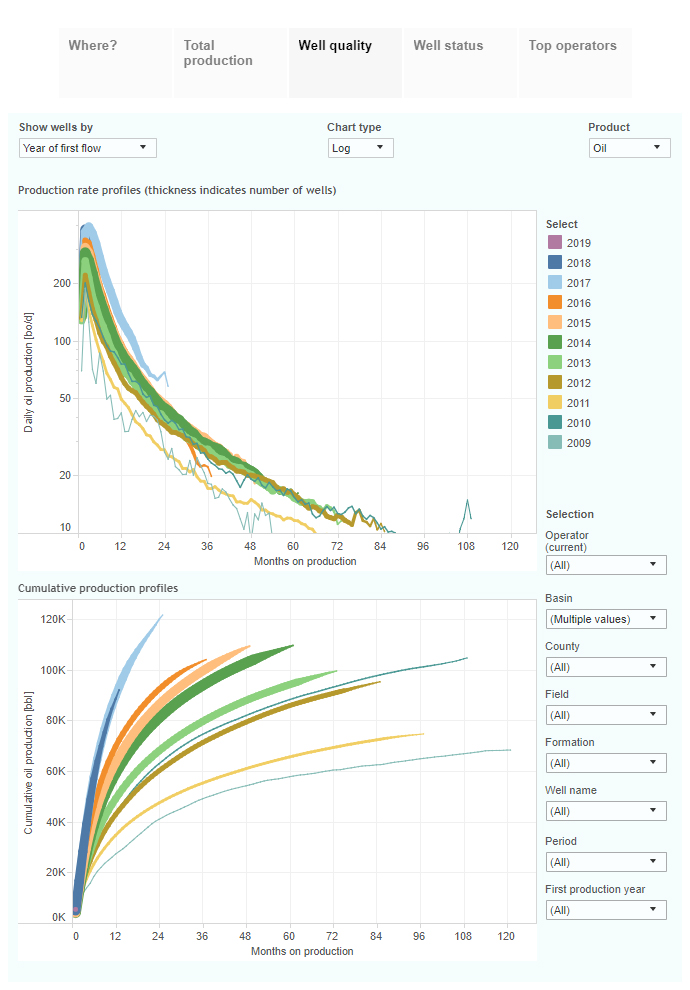 As is shown in the bottom plot on the ‘Well quality’ tab, well productivity made a big jump in 2017, but has not further increased in 2018, based on preliminary data. 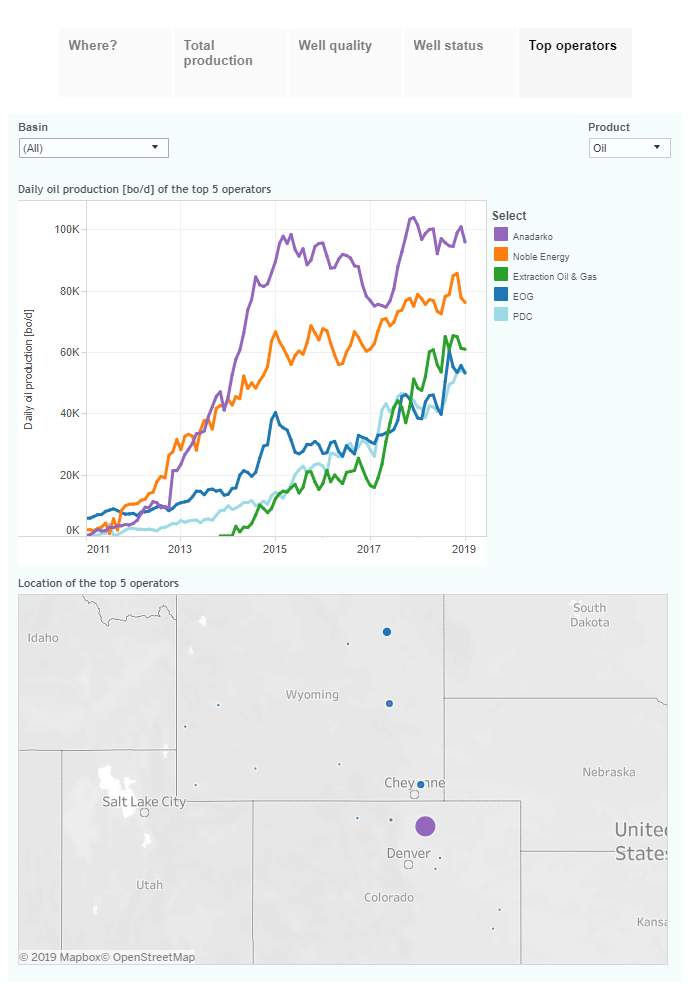 The big news in the past week was that Chevron bought Anadarko for 32 billion dollar, which is the biggest producer in this area (see “Top operators”). With ~100 thousand bo/d production here, this area represents about 40% of its total oil production from horizontal wells in the US, with almost all of it coming out of Weld County (CO).

The following dashboard, from our analytics service (Professional), shows the location and performance of the ~1,300 horizontal wells that Anadarko currently operates in Weld County, which came online between 2013 and 2017 (click the image to see the high-resolution version). 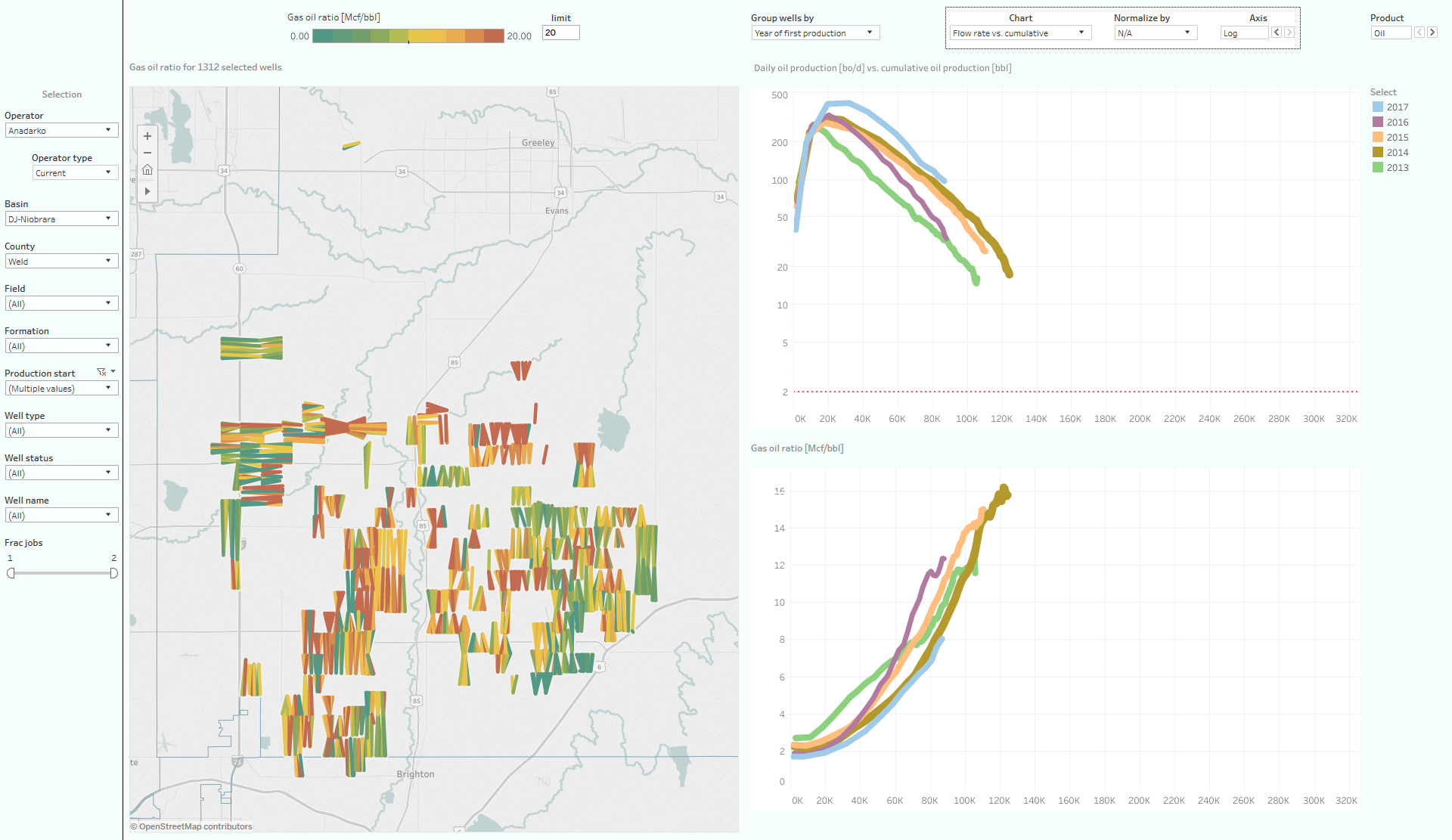 In the top-right corner you will find the performance of these wells, by year, in the familiar flow-rate versus cumulative production plot. The 2014 vintage may end up with the best average recovery, as its newer wells appear to decline more rapidly. This area is very gassy, as you can see on the map, and in the gas oil ratio plot on the bottom-right. 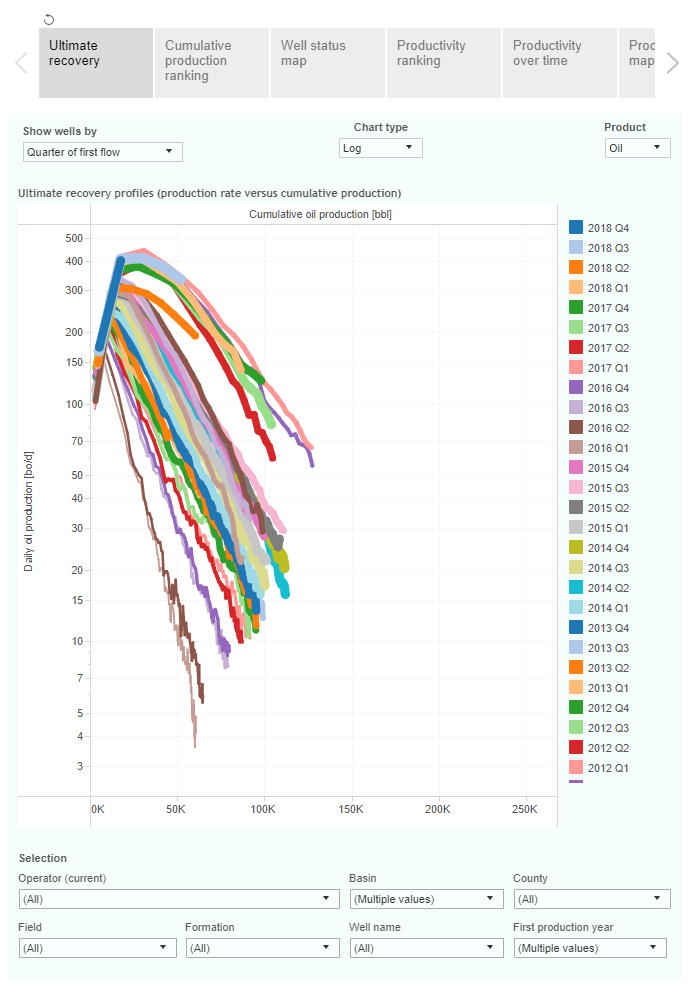 In this “Ultimate Recovery” graph, the average cumulative production is plotted against the production rate. Wells are grouped by the quarter in which production started.

Also here you can see that well performance appears to have peaked (at least temporarily) in early 2017, with newer wells on a slightly lower ultimate recovery trajectory.

I performed a comparison of well productivity in the DJ Basin versus the Powder River Basin. The result is presented here in the following screenshot (again from our analytics service), where I’ve selected all the wells in these 2 areas, that began production between 2015 and 2017. 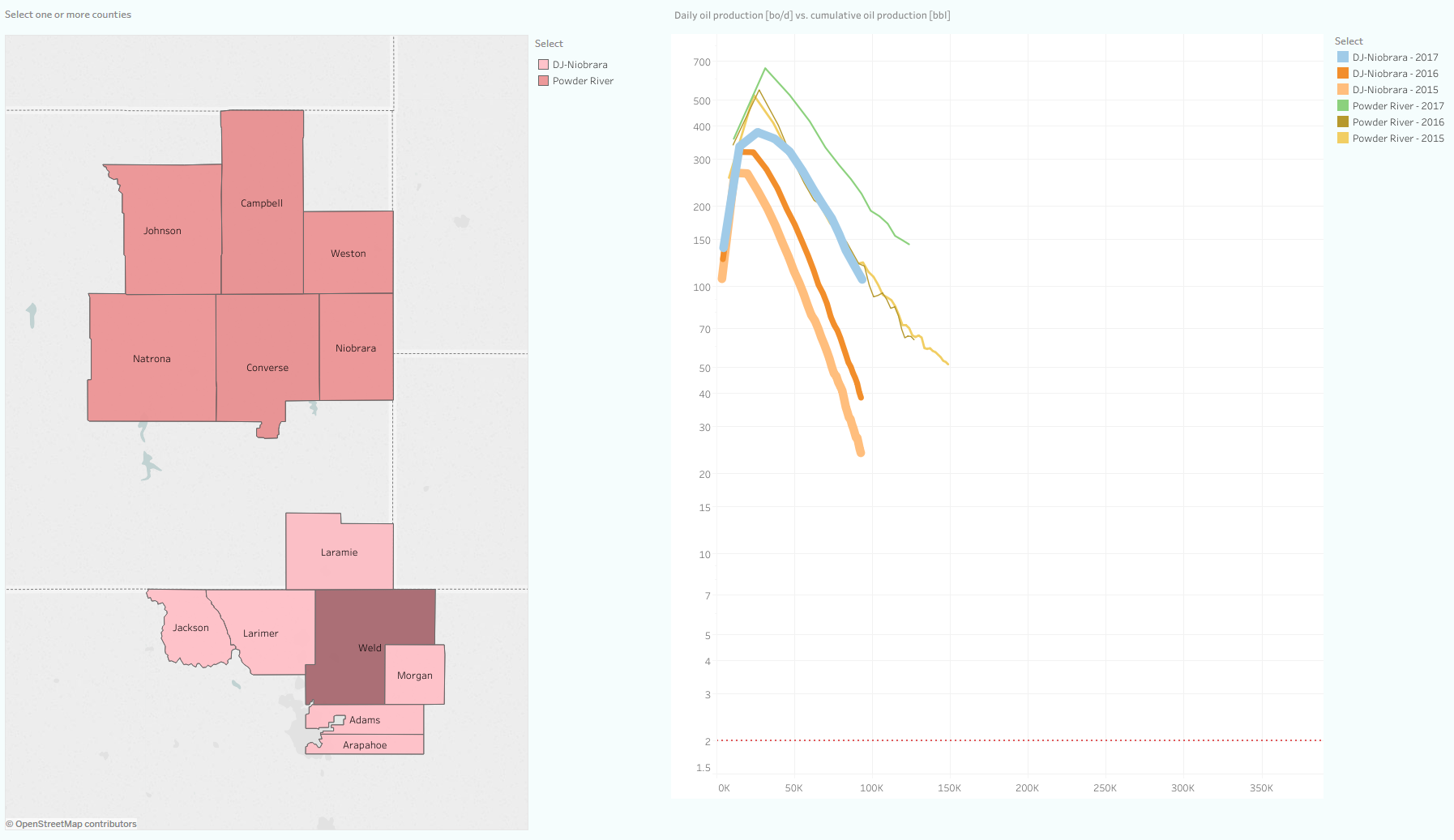 In both basins did well productivity increase over these 3 years, but the wells in the Powder River Basin are clearly on a path to a larger oil recovery. More gas is recovered in the DJ Basin.

We were again happy to find the WSJ using our subscription service to get insights into tight oil & gas production trends: Frackers, Chasing Fast Oil Output, Are on a Treadmill.

As mentioned, we should have a new post on North Dakota early next week.

Visit our blog to read the full post and use the interactive dashboards to gain more insight http://bit.ly/2G9Hf9S