These interactive presentations contain the latest oil & gas production data from all 14,527 horizontal wells in North Dakota that started production since 2005, through February. 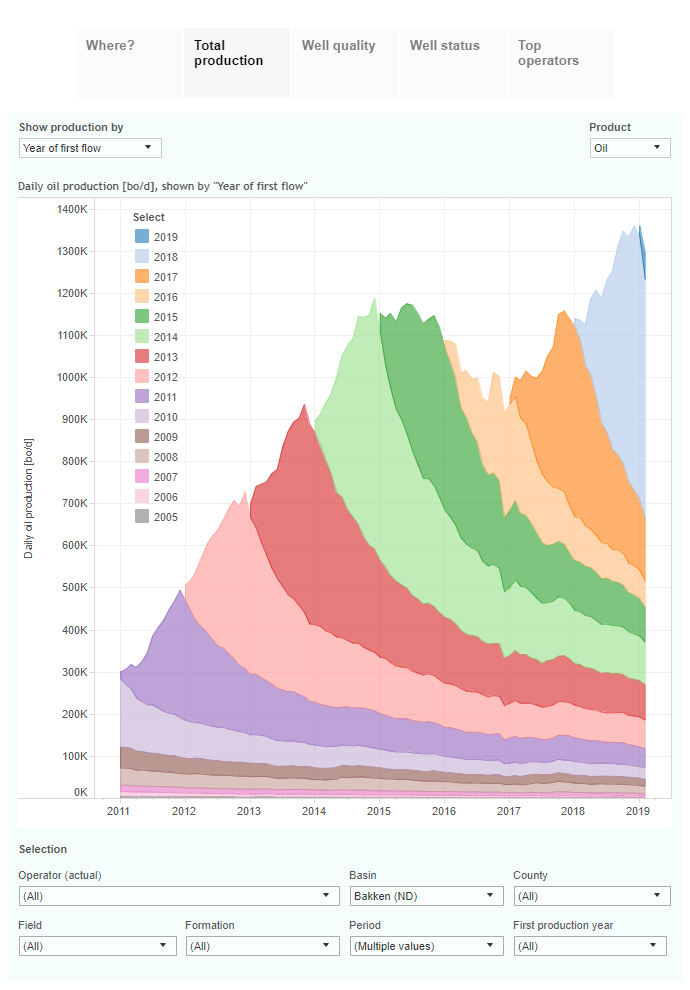 Oil production in North Dakota fell in February by 5% m-o-m to 1.34 million bo/d. As is common in the winter months, few new wells started production (64), and more wells were shut-in. Gas production also saw a drop, but the gas oil ratio continued to rise; now 2 Mcf of natural gas is produced with every barrel of oil. Seven years ago this was only 1 Mcf per barrel. 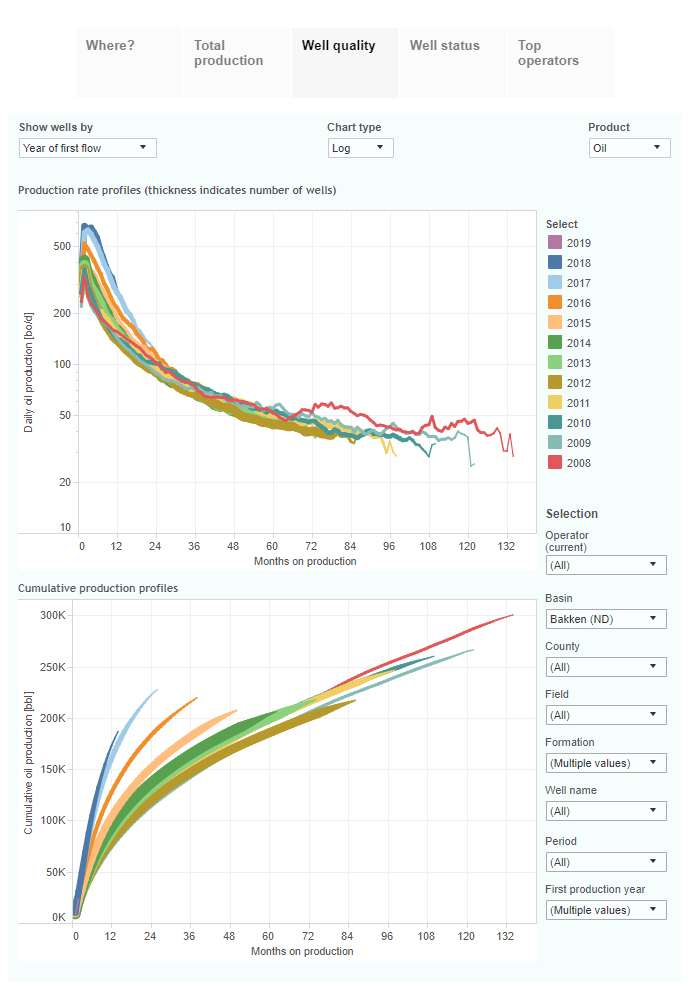 Initial well performance increased again in 2018, on average, but by a smaller amount than in the previous three years (see the “Well quality” tab).

All 5 leading operators in North Dakota saw a decline in production m-o-m (“Top operators”), but they were still up y-o-y, with the exception of ConocoPhillips. This operator reduced output by 20% in February. 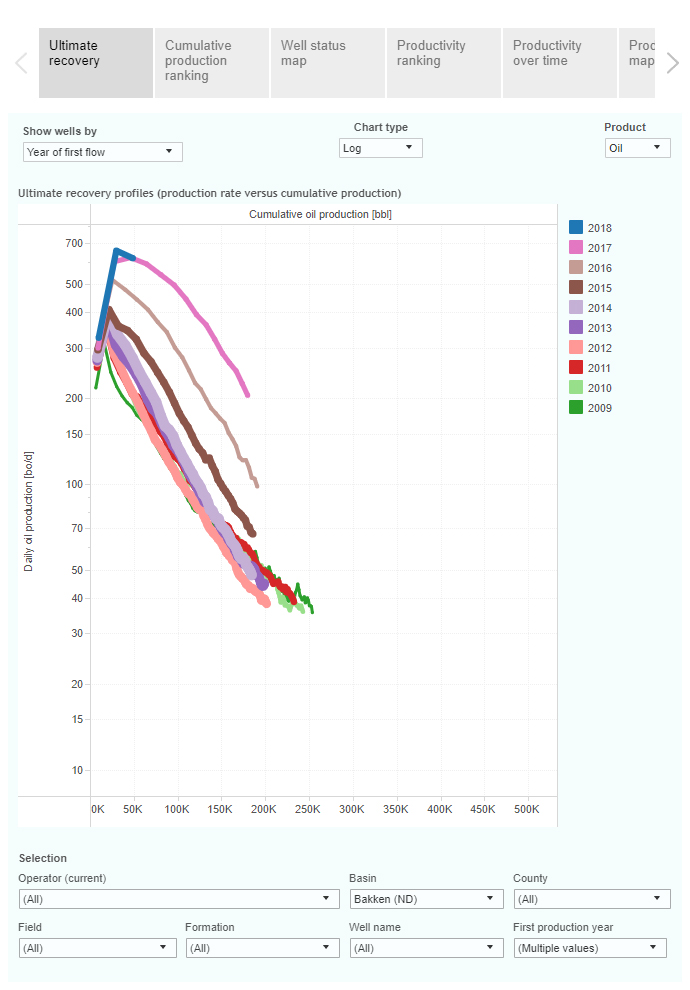 This “Ultimate recovery” overview shows how all these horizontal wells are heading towards their ultimate recovery, with wells grouped by the quarter in which production started.

So far the 271 wells that started in Q3 2017, represented by the light green curve, had the best initial performance. These wells peaked at 719 bo/d, and after 1.5 years on production they recovered 219 thousand barrels of oil, on average. Currently they are producing at a rate of 175 bo/d.

Although the wells that began production between 2008 and 2011 had a less impressive start than more recent wells, on average, they also had a smaller decline rate. It appears that they will beat at least some of the later vintages in ultimate recovery, even if you correct for the fact that some of these wells have been refractured.

Early next week we will have a post on gas production in Pennsylvania, which has also released February production data some time ago. Of course, this data has already been available in our subscription services a day after it was published.

Visit our blog to read the full post and use the interactive dashboards to gain more insight http://bit.ly/2IQ9ps0