This interactive presentation contains the latest oil & gas production data from all 22,309 horizontal wells in the Eagle Ford region, that have started producing since 2008, through January 2019. 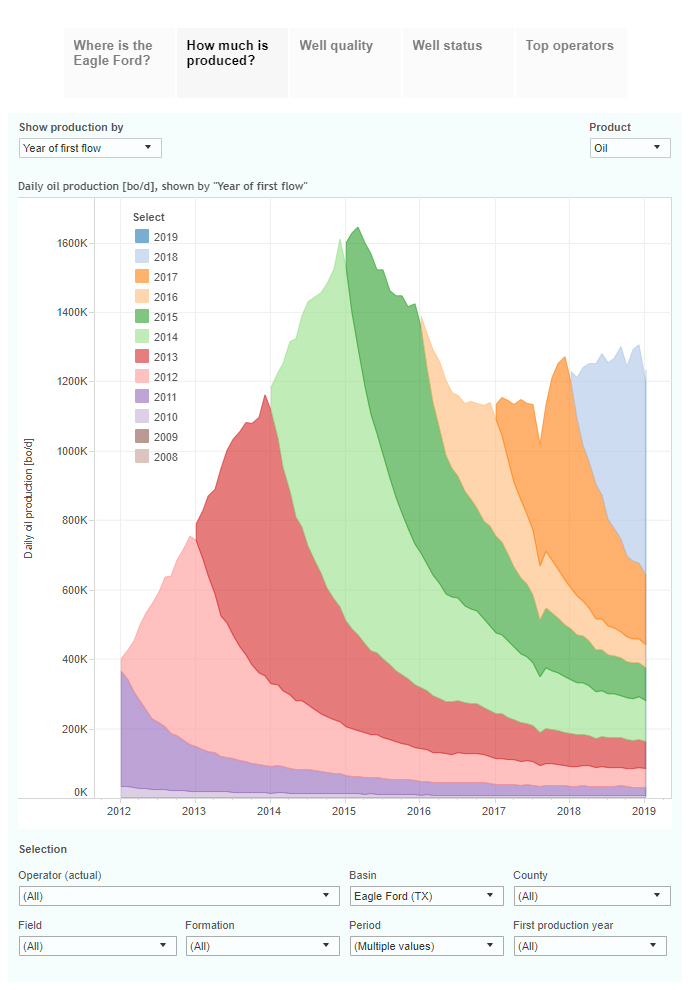 January oil production came in at 1,24 million bo/d, maintaining the same level as a year earlier. However, after revisions, it will end up closer to the 1.3 million bo/d that was produced a month earlier. 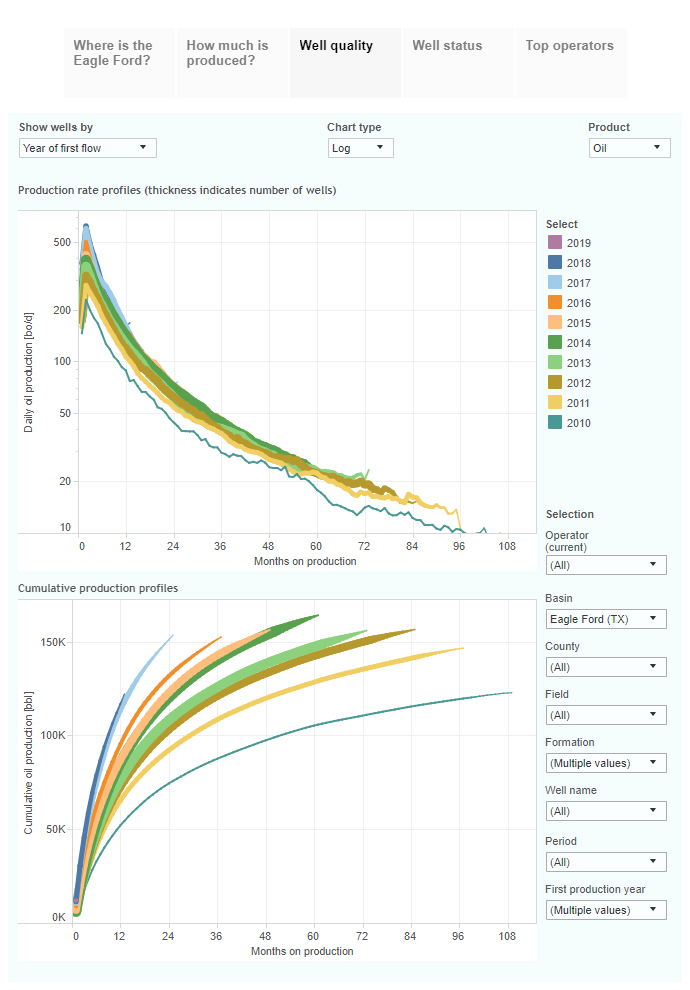 You will find the production profiles of these wells in the “Well quality” tab, where the Eagle Ford and Austin Chalk formations have been preselected. Well productivity has improved each year since 2010, on average, but only very slightly in 2018. Recent wells peak at a rate of just over 600 bo/d, and, if they keep following the path of their predecessors, will fall to 20 bo/d after about 6 years on production. 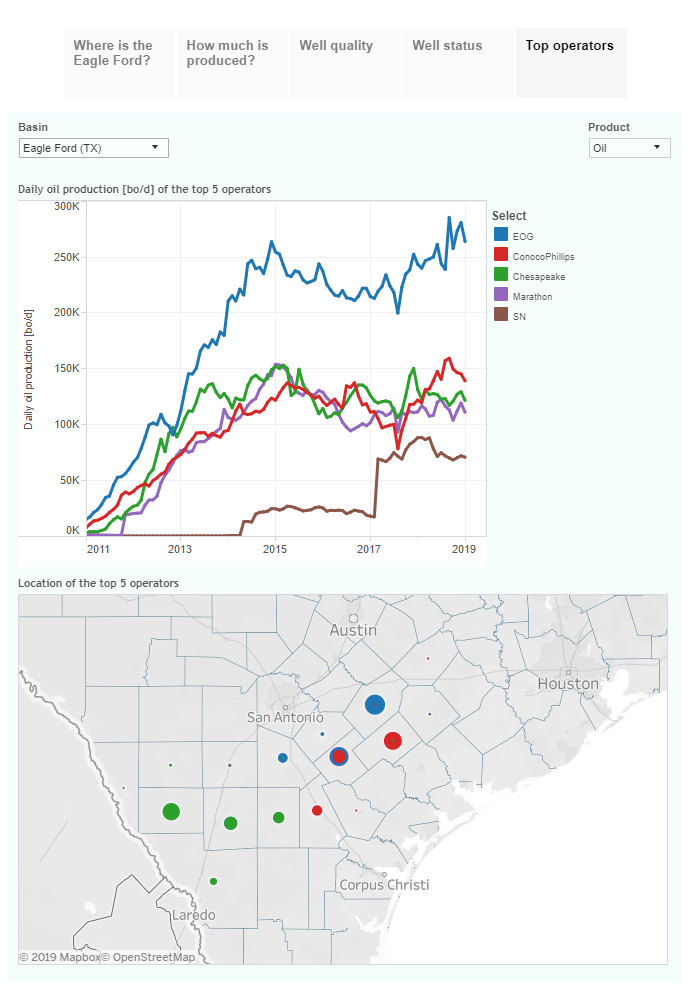 The final tab, “Top operators”, displays the production and location of the 5 largest oil producers. They all started 2019 below their highs. 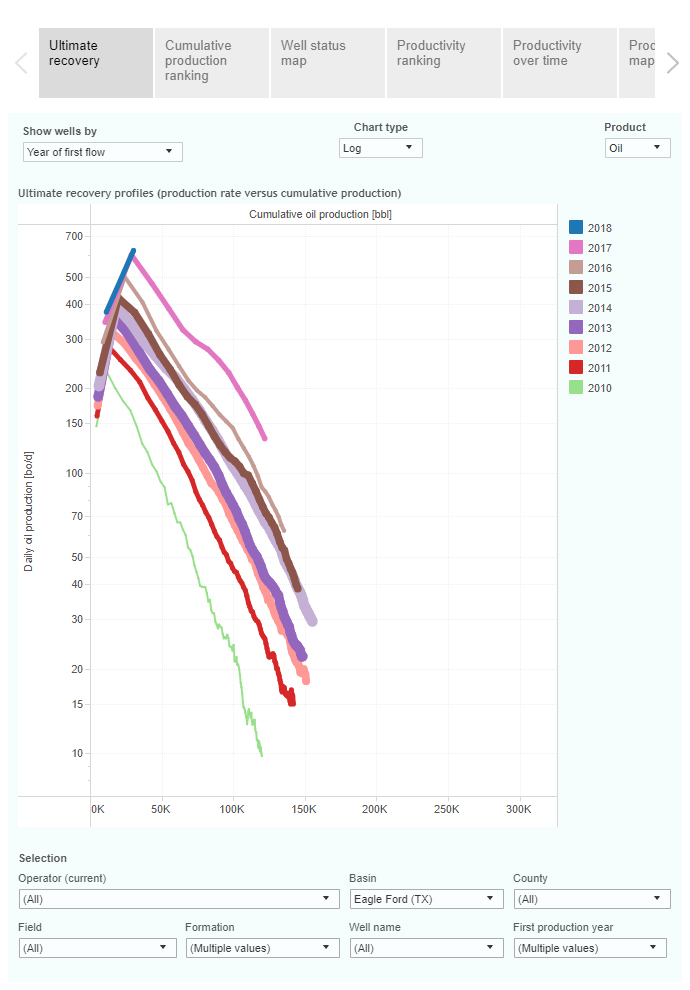 This “Ultimate recovery” overview reveals the relationship between production rates and cumulative production. Wells are grouped by the year in which production started.

The 4.5 thousand horizontal wells that began production in 2014, the busiest year so far, have recovered an average of 150 thousand barrels of oil, after a little over 4 years on production. During this time, they declined from 382 bo/d in their peak month, to 29 bo/d (93% decline).

The following image was taken from a dashboard in ShaleProfile Analytics (Professional): 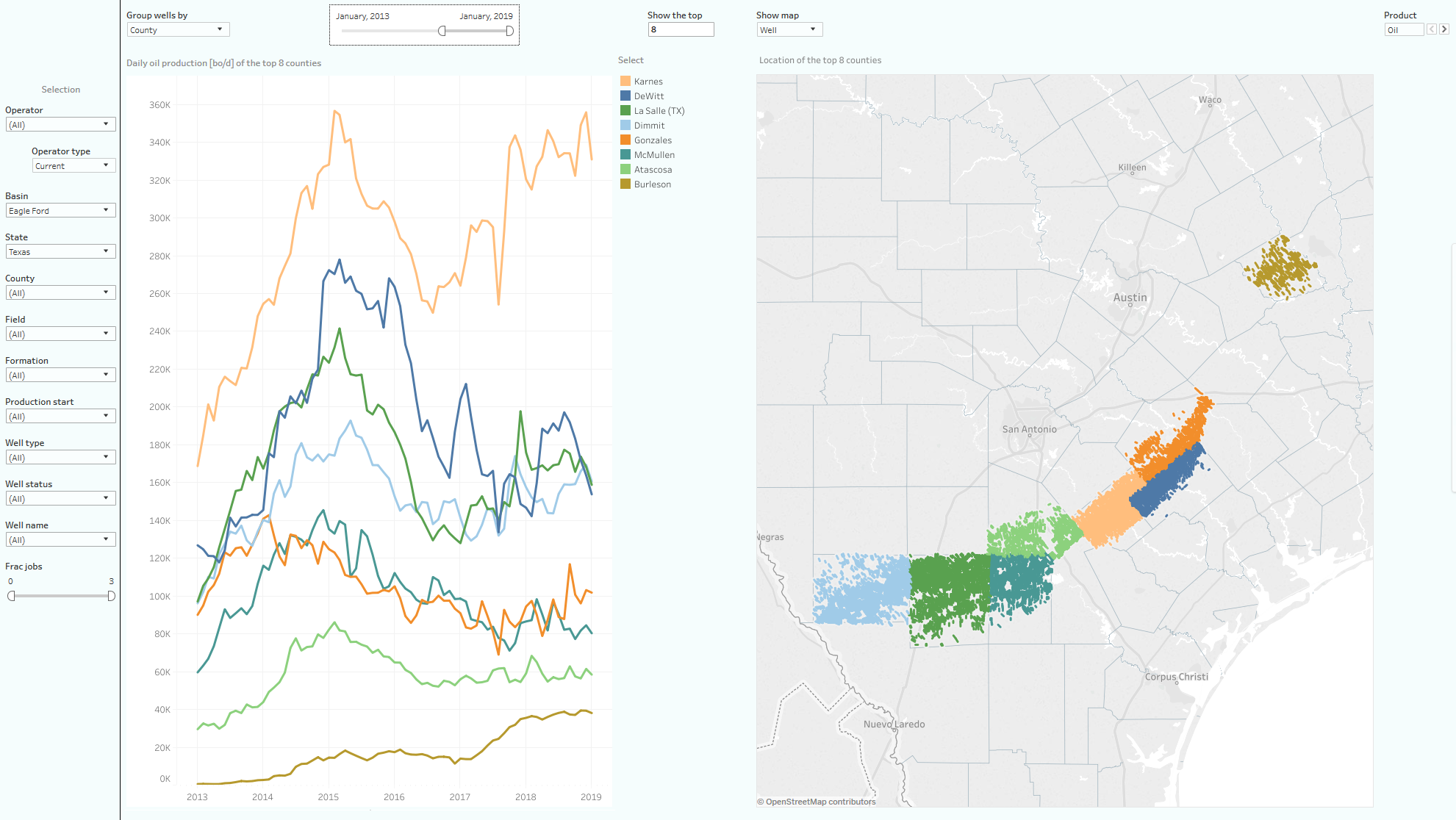 Early next week we will have a new post on the Permian, followed by one on the Haynesville. On Tuesday, at noon EST, we will host another show on the ShaleProfile channel at enelyst. This time we will take a closer look at the major shale gas basins in the US. I hope to see you there!

Visit our blog to read the full post and use the interactive dashboards to gain more insight http://bit.ly/2LhTKVi