These interactive presentations contain the latest oil & gas production data from all 14,597 horizontal wells in North Dakota that started production since 2005, through March. 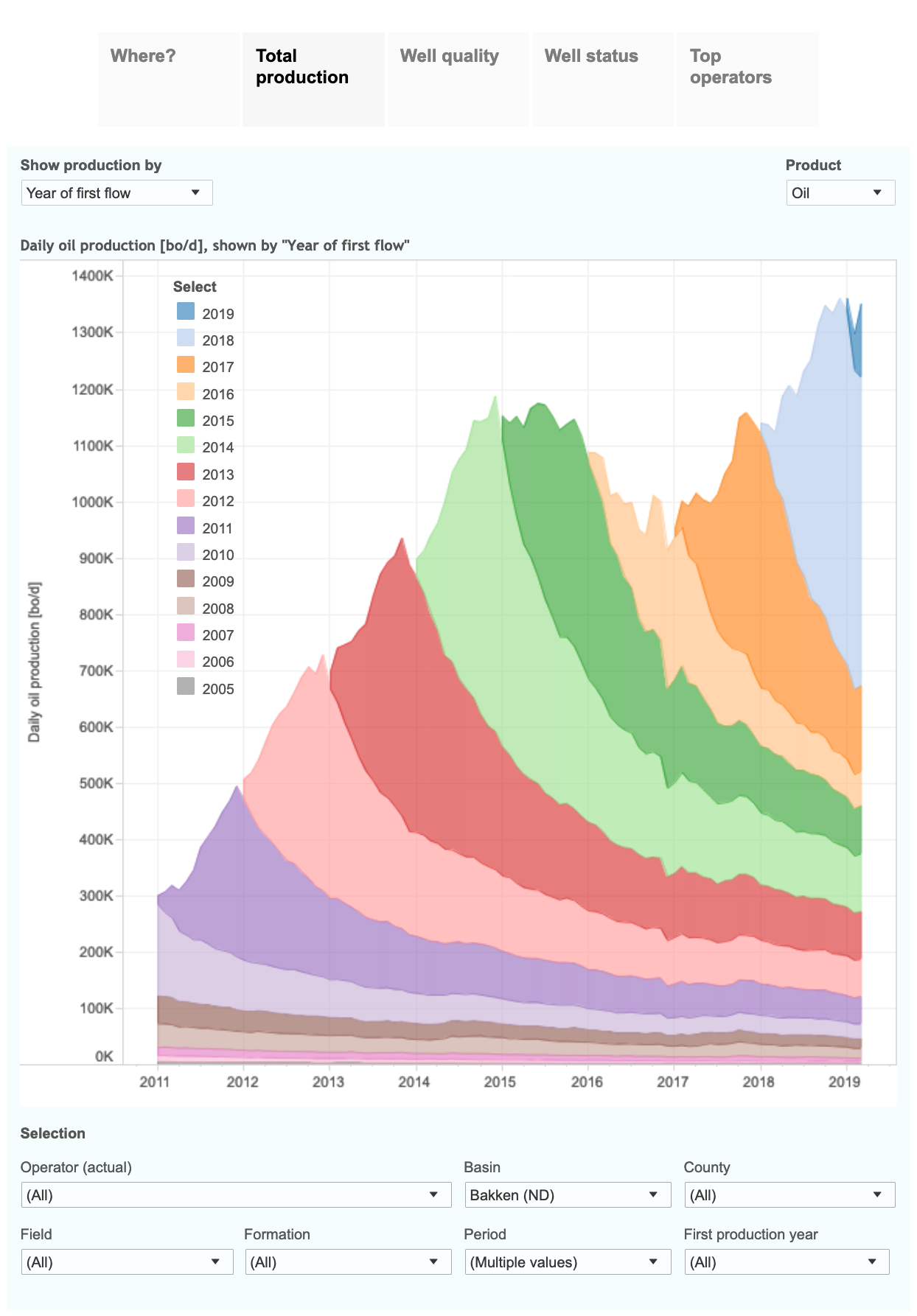 As is shown in the chart above, the 13 thousand horizontal wells that started production before 2018 contributed only half of the oil production in March (everything below the light blue area).

Five to six years ago it used to take a well about 5 years to recover 200 thousand barrels of oil, as you’ll find in the bottom chart in the ‘Well quality’ overview. New wells are capable of reaching this level in just 15 months. However, initial declines are steeper nowadays. After about 2 years on production, these new wells decline to production rates not far above those of older vintages, on average (see the top chart in that dashboard).

The final tab reveals the production and location of the 5 leading operators. Hess just surpassed Whiting as the 2nd largest producer, far behind Continental Resources. 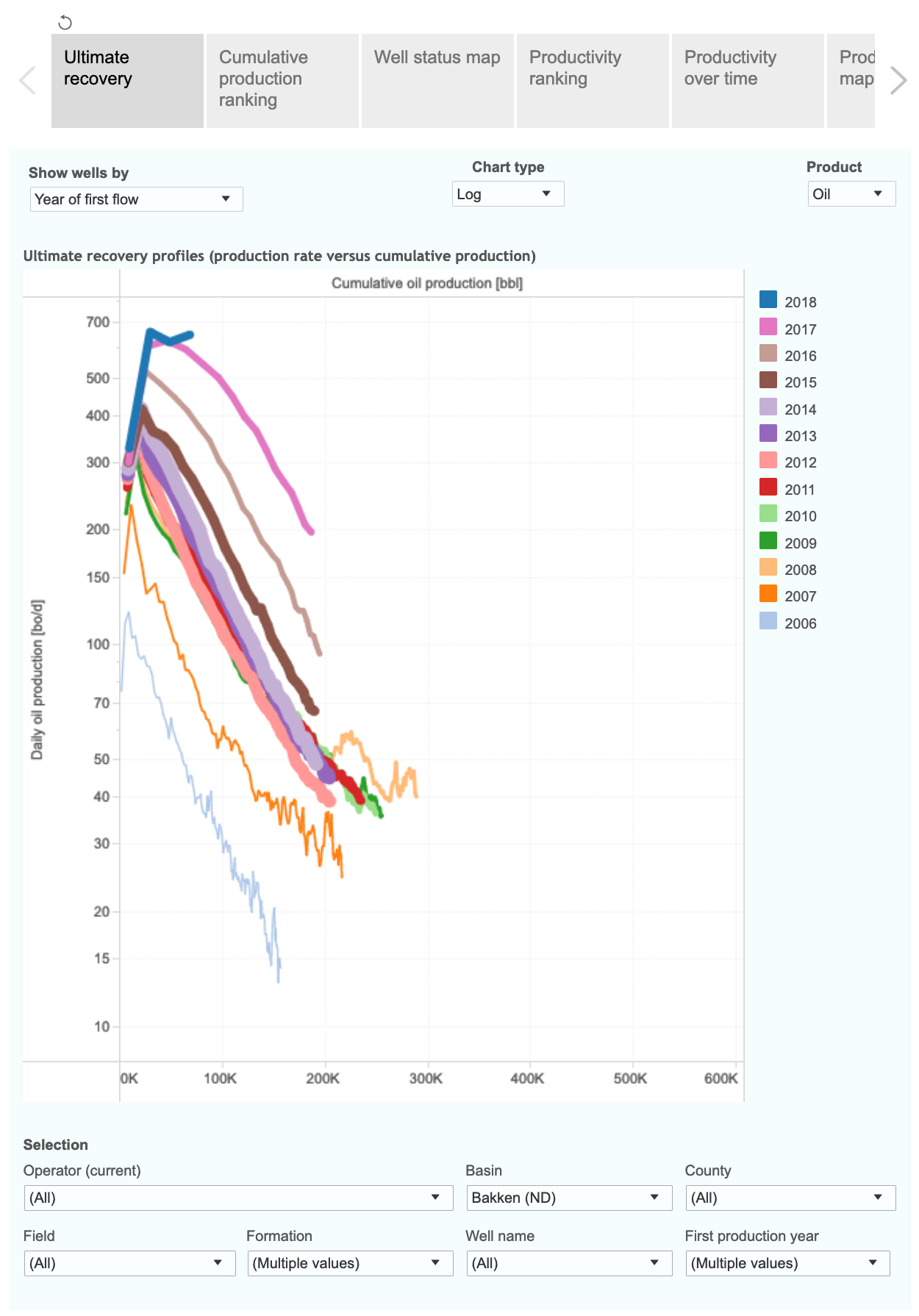 Also here it is easy to see that initial well productivity has improved almost every year since 2010. However, as noted last time, older vintages (2008-2011) appear to hold up a little better than later wells. This holds true even after excluding wells that have been refrac’ed (which is possible in our subscription services).

The following screenshot, taken from our analytics service, shows the output from the 7 largest fields in North Dakota. On the map, the locations of the wells in these fields are plotted. 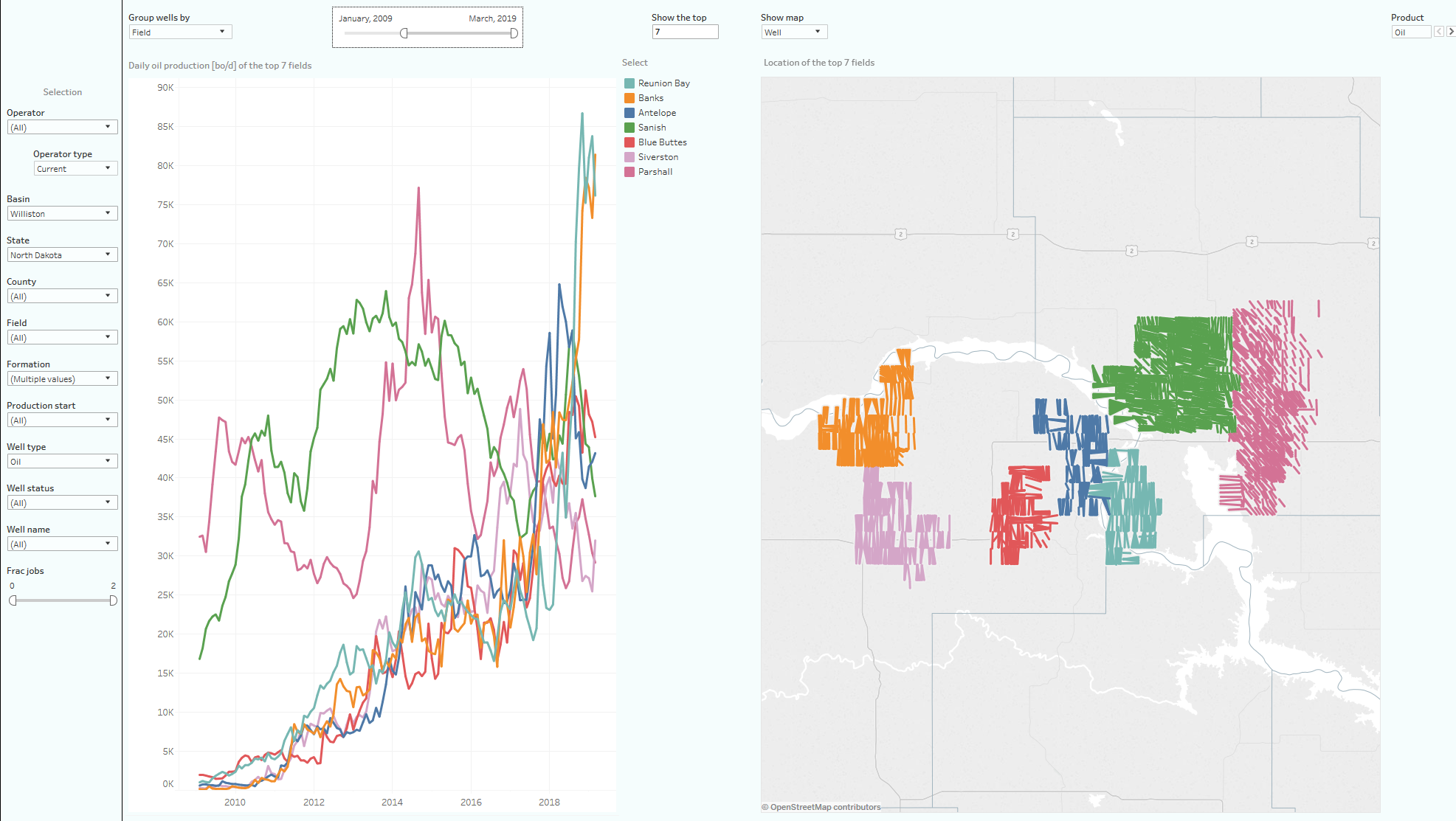 Recently, production in Banks and Reunion Bay has jumped higher, surpassing the record output of the 2 fields where unconventional production really started in North Dakota; the Sanish and Parshall fields.

Early next week we will have a post on gas production in Pennsylvania, which also released March production data recently.

Visit our blog to read the full post and use the interactive dashboards to gain more insight http://bit.ly/2VQp3vo