This interactive presentation contains the latest oil & gas production data through June from all 16,770 horizontal wells in the Permian (Texas & New Mexico) that started producing since 2008/2009. 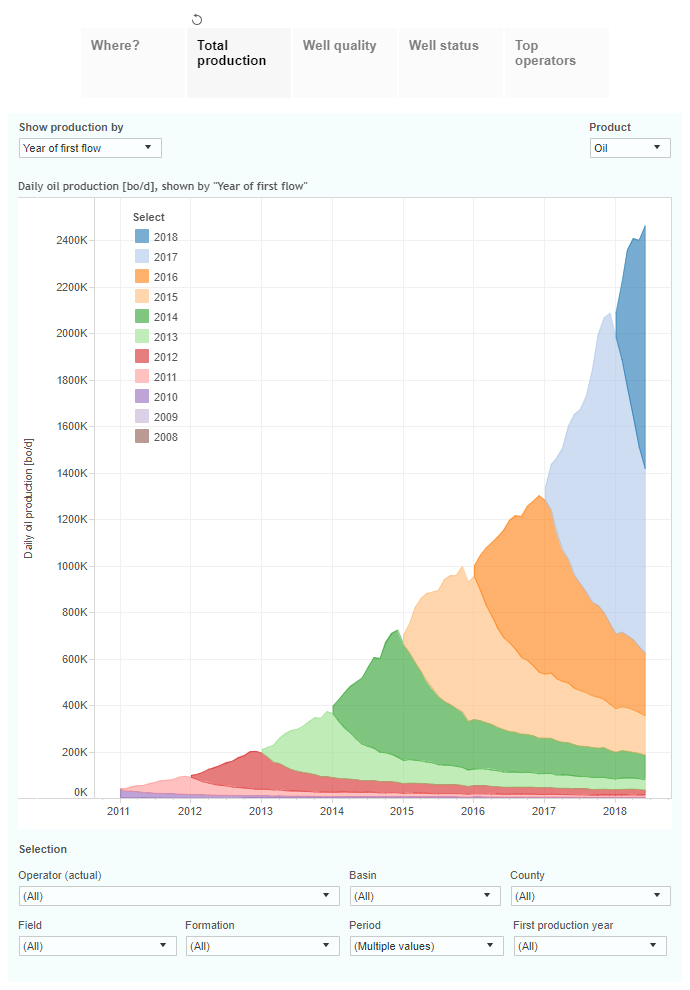 Even though data for the last few months is still somewhat incomplete, it is already clear that the Permian set another production record in June, producing well above 2.4 million bo/d from these horizontal wells. The ~2,000 wells that started so far this year already contributed more over 1 million bo/d in June, as reflected in the height of the dark blue area.

The most prolific formations are the Wolfcamp and Bone Spring, together good for ~80% of total production (set ‘Show production by’ to ‘Formation’ to see this).

Although output is still rising, with more than 10 wells starting to flow every day, well productivity is no longer increasing as it did between 2013 and 2016, as you’ll notice in the ‘Well quality’ tab. 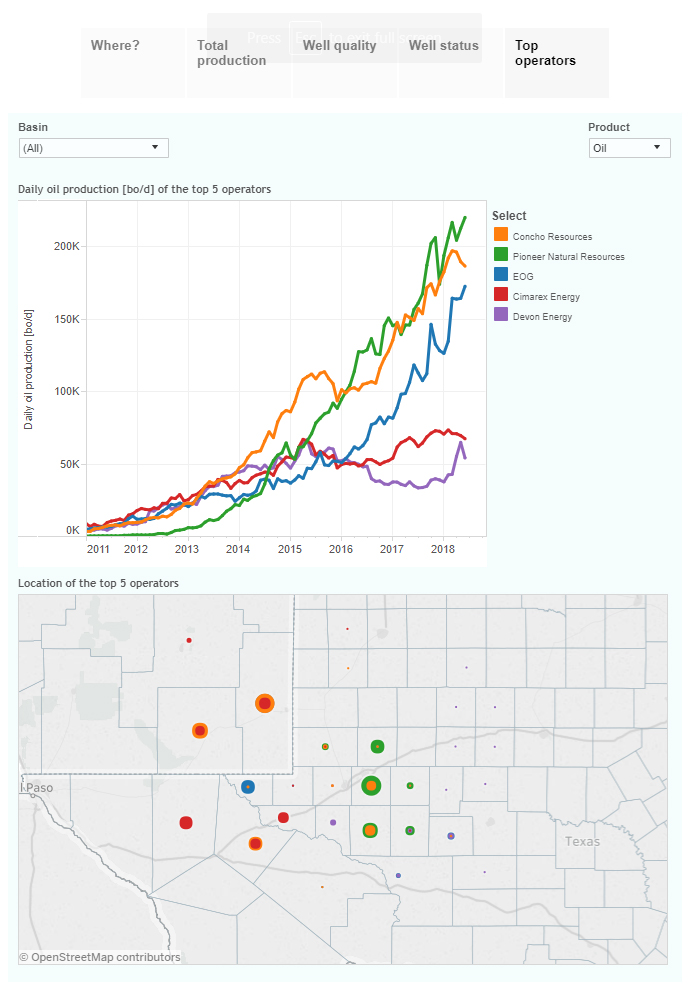 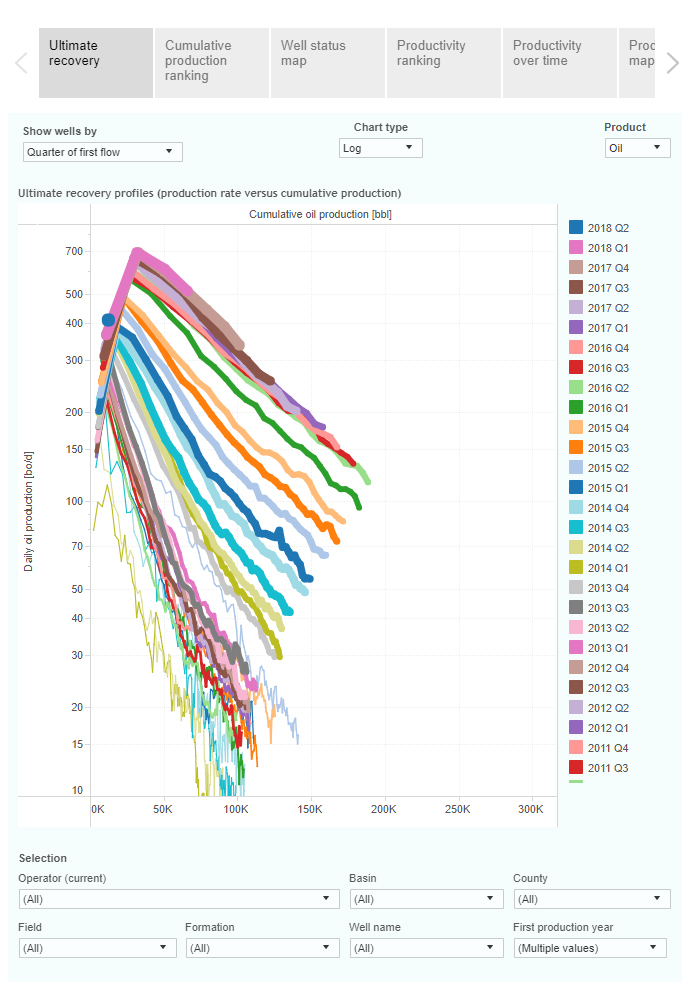 The thickness of these curves is an indication of how many wells are included. E.g., the thick curves since Q4 2017 reflect the more than 1,000 wells that started in each of the recent quarters.

Although the number of new producers is high, also this plot shows that since Q2 2016 well performance hasn’t significantly changed anymore. In fact, if you normalize production by the lengths of these laterals (which is possible in our ShaleProfile Analytics service), you’ll find that productivity improvements have stagnated since then. Given that proppant loadings are also up (~16 million pounds per completion in Q1 2018, vs ~11 million pounds in Q2 2016), operators are getting less bang for their buck (or more accurately, less oil for their ‘bang’).

This may explain why proppant loadings have on average not further increased since Q4 2017 in the Permian. Pioneer Natural Resources, which completed many wells since the end of last year with more than 20 million pounds of proppant, seems to also have scaled down its completions in recent months, based on preliminary data.

Later this week I will have a post on the Eagle Ford, followed by one on all 10 covered states in the US early next week.

Visit our blog to read the full post and use the interactive dashboards to gain more insight http://bit.ly/2zIbdyk