These interactive presentations contain the latest oil & gas production data from all 20,349 horizontal wells in the Permian (Texas & New Mexico) that started producing since 2008/2009, through February 2019. 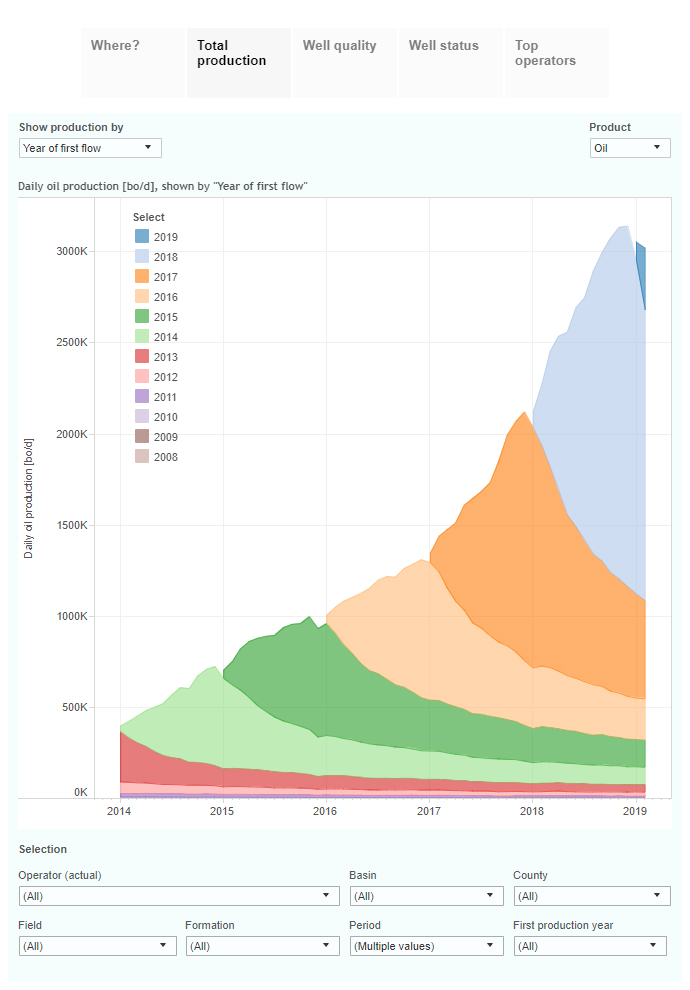 The breakneck growth in Permian production during the past 2 years appears to have taken a breather, at least temporarily. I expect that after revisions, production in February will come in 5-10% higher than shown here, or about 3.2-3.3 million bo/d. This would represent just a modest gain from the end of last year. Gas production is now above 10 Bcf/d.

We sometimes get questions about whether our oil numbers include NGLs. That is not the case; many states do not require operators to report NGLs, and we therefore do not publish them either. If condensate is reported separately, we add it to the oil figures. 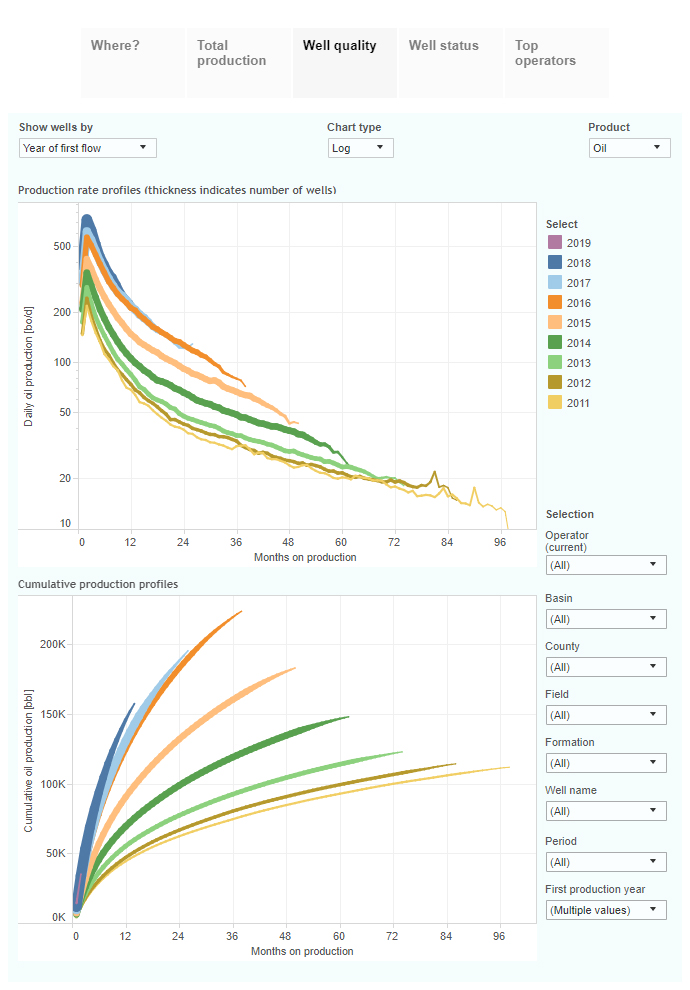 The “Well quality” tab shows the production profiles of these 20 thousand horizontal wells. They are grouped and averaged by the year in which production began. You can easily see there that initial well productivity has increased further in the past 2 years, although less than in the period from 2013 and 2016. The wells that started in 2018 are on a path to recover almost 150 thousand barrels of oil in the first year on production, on average.

However, this does not take into account that laterals have gotten longer, and that more proppants are used nowadays. If you normalize for either of these factors, as is possible in our advanced analytics service, you’ll find that well productivity already topped out in the middle of 2016. 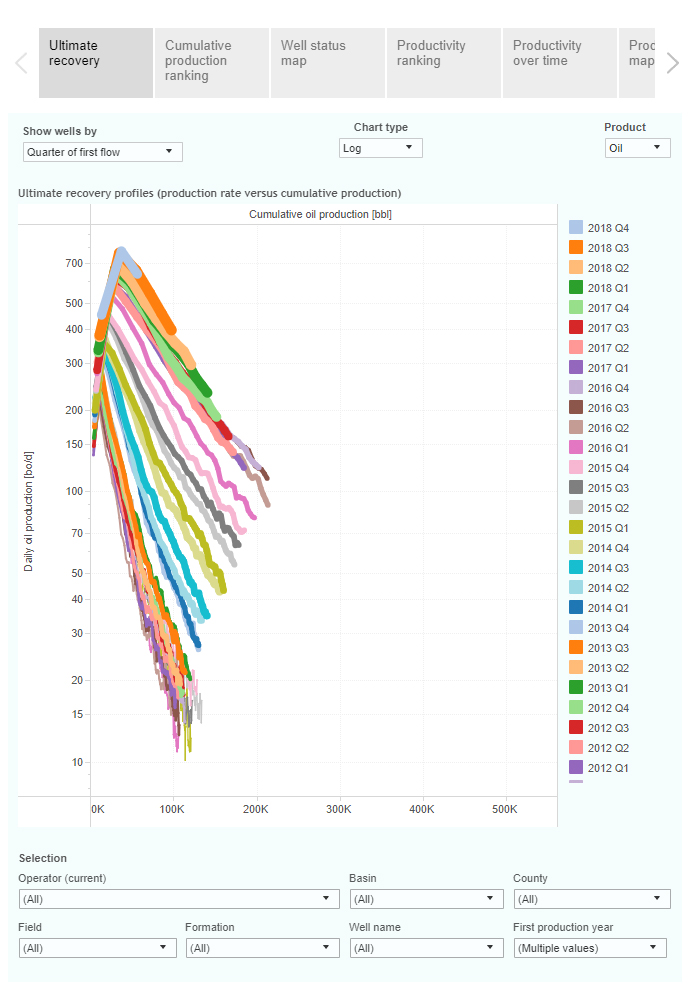 As you can see here, peak rates are still going up. The more than a thousand wells that started in the final quarter of 2018 peaked at 880 bo/d, on average. They’re on a path to recover each around 300 thousand barrels of oil, before they’ve declined to a rate of 50 bo/d.

The following screenshot (also from our advanced analytics service) shows how total oil production has developed in the top 8 producing counties in the Permian.

Output in each of these counties has risen strongly in the past three years. The locations of the related horizontal wells are shown on the map.

Later this week we will have a post on the Eagle Ford. Tomorrow at noon (ET) we will present a briefing on all the major shale oil basins in the US, in our ShaleProfile channel on enelyst. If you’re interested, register here for free: enelyst registration page.

Visit our blog to read the full post and use the interactive dashboards to gain more insight http://bit.ly/2HHKJkB