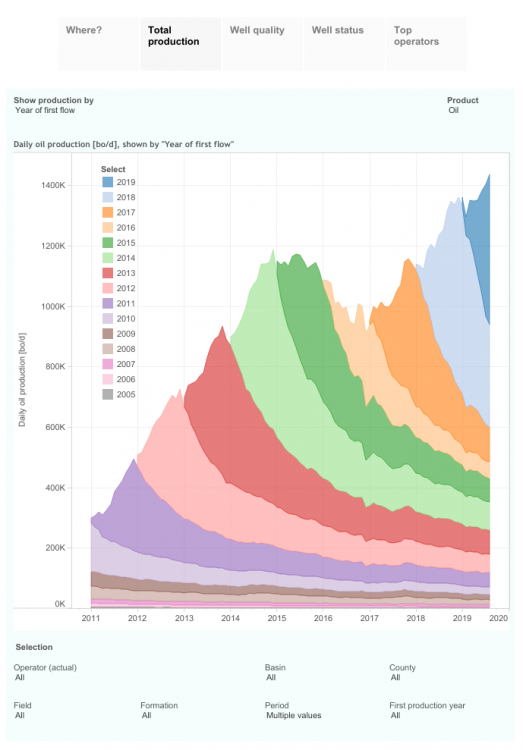 These interactive presentations contain the latest oil & gas production data from all 15,156 horizontal wells in North Dakota that started production from 2005 onward, through August.

Oil and gas production in North Dakota set new records in August, as both increased by more than 2% m-o-m. This is based on preliminary data, as the DMR’s Director’s Cut will be released on Thursday.

Completion activity was high in the summer, with over 140 wells completed in June and July, followed by 106 in August (so far).

Initial well performance is at a similar level as last year (see “Well quality” tab), slightly up from 2017. Although wells are peaking at a higher level, the decline rates seen in the first 2 years on production are also higher than for previous well vintages.

In the “Well status” tab, you will find the status of all these wells over time. The DUC count in August was near the lowest level in 5 years, at 788 wells. In our ShaleProfile Analytics service (Professional), you can find that 85% of these wells were drilled since the beginning of last year.

Except for Whiting, all operators in the top-5 were at or close to record production in August (“Top operators”). Continental Resources is still the clear leader in this state, with almost 200,000 barrels of oil operated production capacity.

However, it doesn’t have the most productive wells. As the following screenshot shows (also taken from our analytics service), this title goes to Marathon and ConocoPhillips: 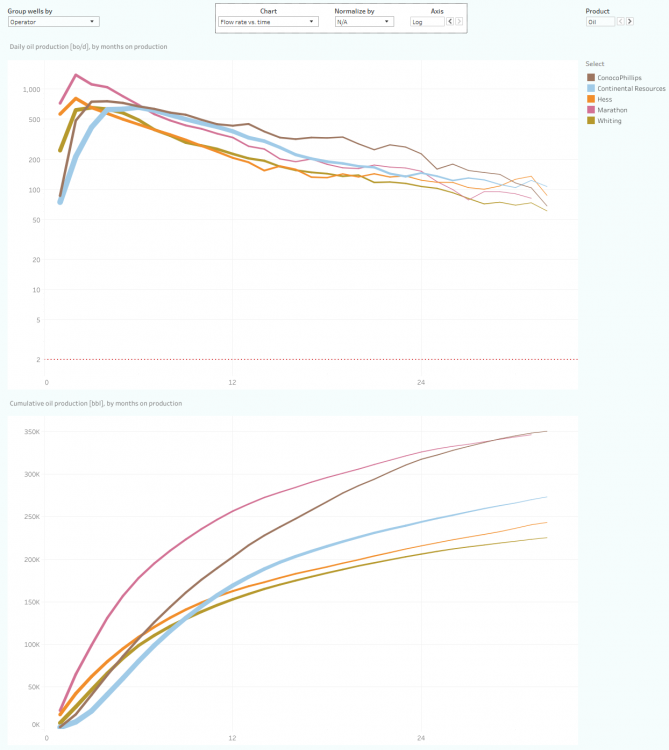 These 2 charts show the average well performance (flow rate & cumulative production versus time) of all the horizontal wells that came online since 2016, operated by these 5 companies. Marathon’s wells peak far higher, but the initial declines are also steeper. Continental Resources uses the most proppants (~ 12 million pounds per completion), although Hess also started to experiment with far higher proppant loadings this year (>16 million pounds). 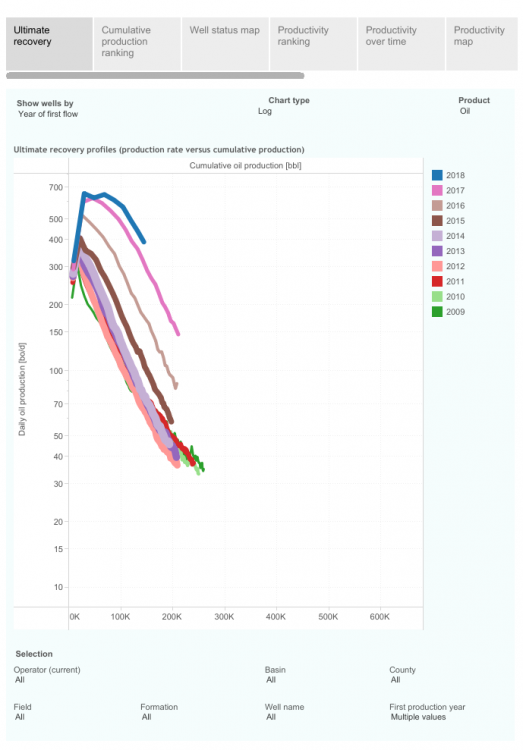 Early next week, we will have a post on gas production in Pennsylvania.

- DMR of North Dakota. These presentations only show the production from horizontal wells; a small amount (about 40 kbo/d) is produced from conventional vertical wells.