Pre-salt oil and gas a major economic driver in Brazil

Brazil will be in the spotlight of the global oil industry this week (November, 2019) with what may be the priciest ever held auction of oil and gas concessions. The 6th Pre-salt bidding round, for thirteen pre-qualified vendors, will involve areas of the pre-salt formations which were discovered in 2006 and catapulted Brazil into the top ten producers in the world, with the second largest reserves in South America.

“All the big players that have been to Brazil before will now invest heavily again in the country”, says Ana Zambelli, board member of Petrobras, Brazil’s national oil company. Zambelli spoke with Pequod Advisory Group about the new bidding rounds, the development of the Brazilian oil and gas industry, and trends for energy transition in the country.

I think there is a tremendous opportunity for Brazil to become an important player in gas.”

The new bidding rounds will take place on two consecutive days—November 6th and 7th. On the first day, 14 producers have signed up to participate in the so-called transfer-of-rights auction, whereby the government is expected to collect over USD25 billion in signing bonuses plus a portion of the companies’ production. In addition, bidders will need to negotiate payments to Petrobras, the Brazilian national oil company, for investments it has already made in the area.

On the second day, 13 companies have been pre-qualified by Brazilian authorities to participate in the 6th pre-salt bidding round, which has total signing bonuses fixed at USD1.92 billion. In this round, unexplored blocks are offered. 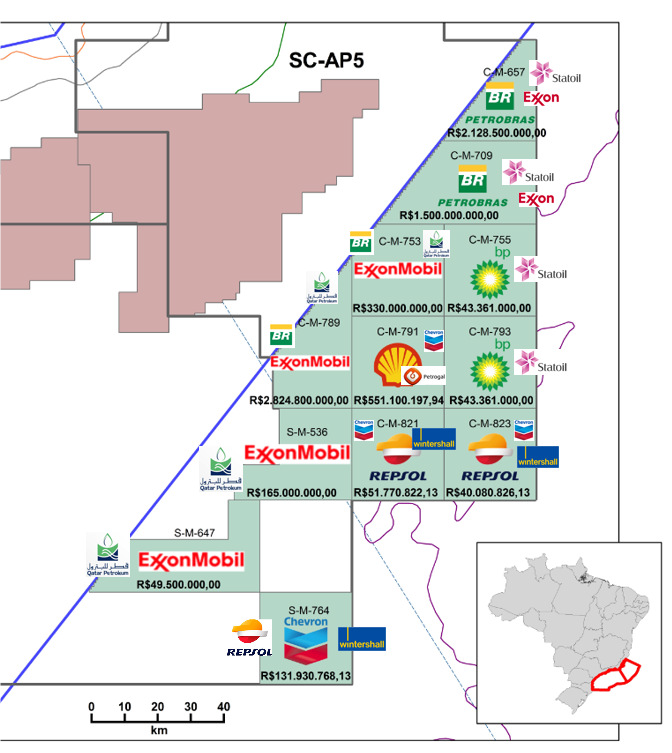 Many companies have registered for both auctions. Exxon Mobil, Royal Dutch Shell and other super-giants are set to vie for deep-water deposits. “These companies have been in Brazil for many years and continue to demonstrate a lot of interest in the country’s oil fields”, Zambelli points out. Among smaller companies, she highlights, for example, Wintershall, a German operator which participated very actively in the last two Brazilian bidding rounds. “They have been to Brazil before, around 2007 and 2008, and now they are back.” 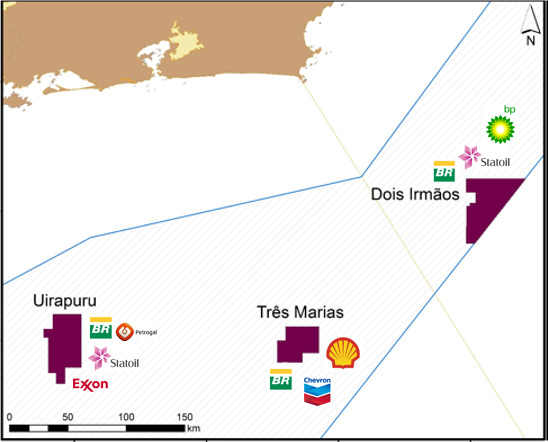 Chinese companies like China National Petroleum Corporation (CNPC) and China National Offshore Oil Corporation (CNOOC) are also in the match. “They have participated heavily, with 30 to 40 percent shares, although they have not yet demonstrated interest in being the operators of the blocks”, she says. “They have relied on some of the major oil companies that have expertise in deep water drilling and production, especially in the complexity of the pre-salt.”

China has been very important to the Brazilian economy in general and to the Brazilian oil and gas industry in particular. Over the past few years, exports of crude to China have accelerated, and now account for almost half of Brazil’s total crude exports. “China has been making heavy investments in petrochemicals, and oil produced in Brazil is a good fit to the refineries there”, Zambelli states. 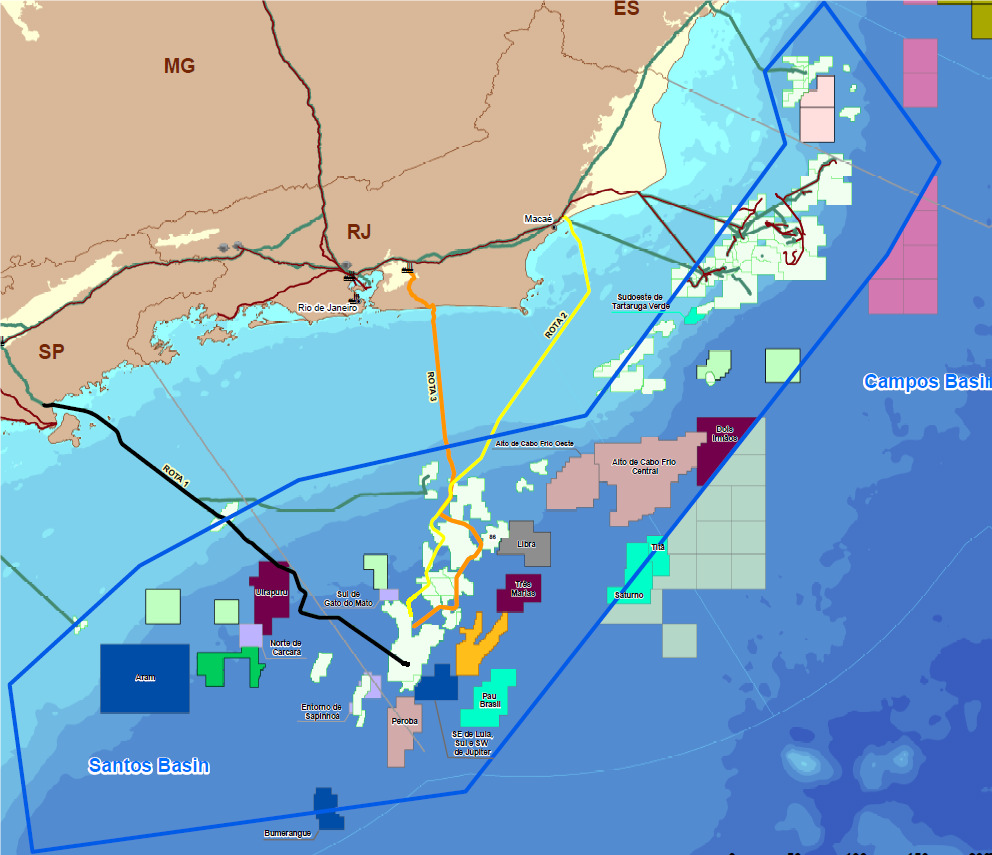 THE EVOLUTION OF OIL AND GAS REGULATION

Next week's auctions will consolidate a new regulatory model for Brazil's oil industry, which has undergone key changes in recent years, according to Zambelli. Brazil has been in the oil and gas sector for a long time, but in the past all production was carried out through state-owned Petrobras. In 1997, the country opened the market and started attracting foreign operators, but it was in 2006 that there was a spike in fortunes due to the discovery of the area known as pre-salt.

“The name is related to where the oil formation was deposited in terms of geological time—the oil is below the salt formation,” explains Zambelli. “Since then, Brazil has attracted interest from around the world because the volumes in this area are substantial. They talk about 15 billion barrels of oil at the site or more to discover.”

Following the pre-salt discovery, Brazil suspended the conventional oil bidding rounds to debate how to sanction operators to explore the new areas. The first pre-salt bidding round took place in 2013, when the government decided to change the regime from concession—whereby the risk is basically on the operator side, that pays signing bonuses, an amount for retention of the area and royalties to explore the block for some years—to a production sharing contract—whereby the costs of the operation are deducted from the total value, and the exceeding oil is shared between the company and the Brazilian government. 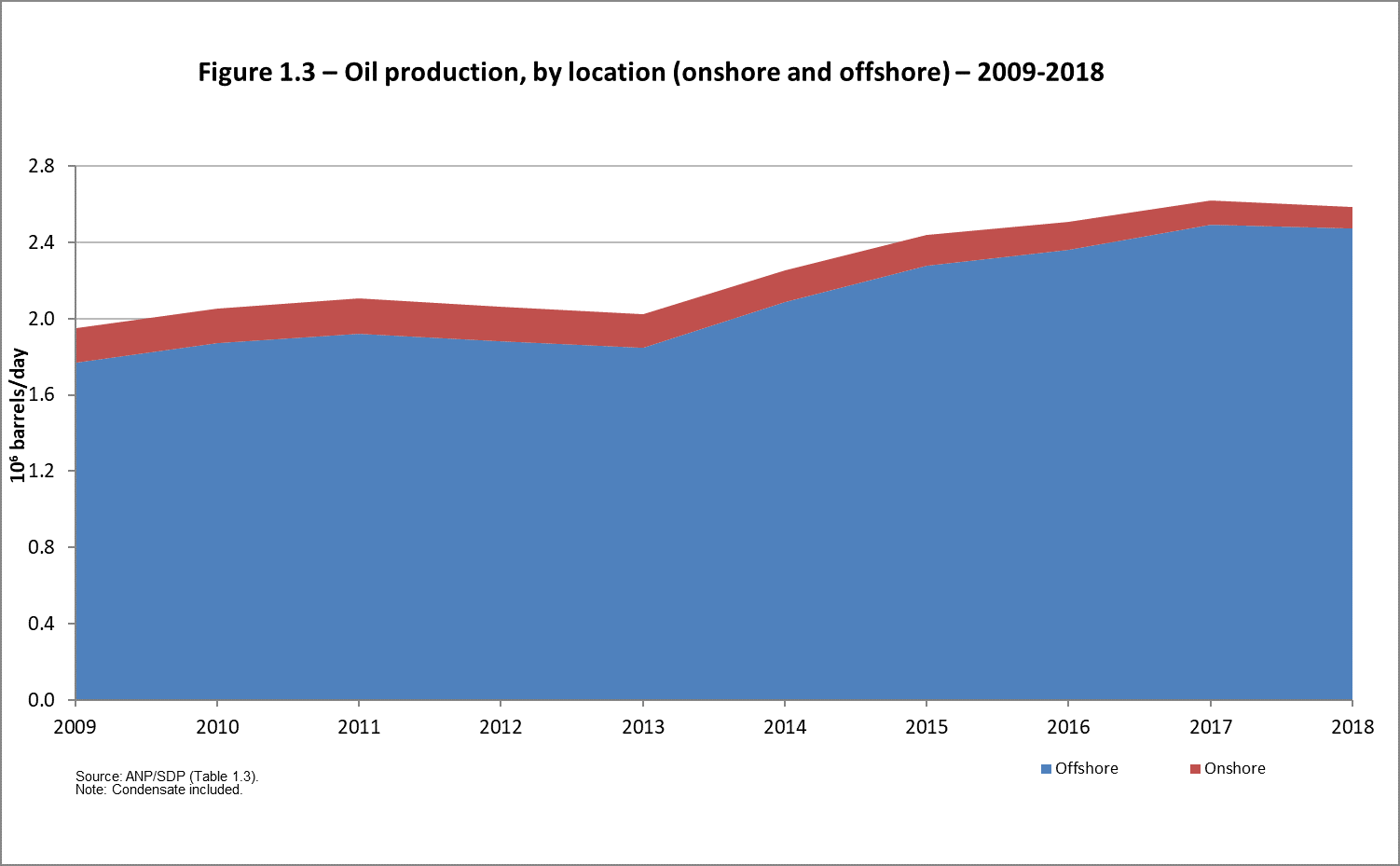 “The last regulatory change came at the end of 2016 and beginning of 2017, when the government moved one step further to open the market and decided that Petrobras no longer needed to be the sole pre-salt operator”, she said. Until that time, Petrobras had to be the operator with at least a 30 percent holding of all areas. Now Petrobras has only the so-called preference right, which means that the company has the right to be part of consortia that it considers interesting.

This new regulatory arrangement is part of the government’s goal to encourage smaller and mid-sized operators to be involved, diversifying the industry, according to Zambelli. “The ANP clearly sees three different markets in Brazil,” she says.

One is the onshore market, for smaller operators and some local operators who do not have the financial muscle for capital-intensive pre-salt exploration. “They do not have to make a lot of investments in high technology, so they can have lower costs and smaller production, but still be very profitable.”

The second market involves shallower water offshore blocks. “We're talking about some of the deep-water deposits, but not as complex as the pre-salt”, she says. And the third market pertains to some of the ultra-deep-water fields and the pre-salt, where the exploration is notoriously expensive. “This is for the major operators.” 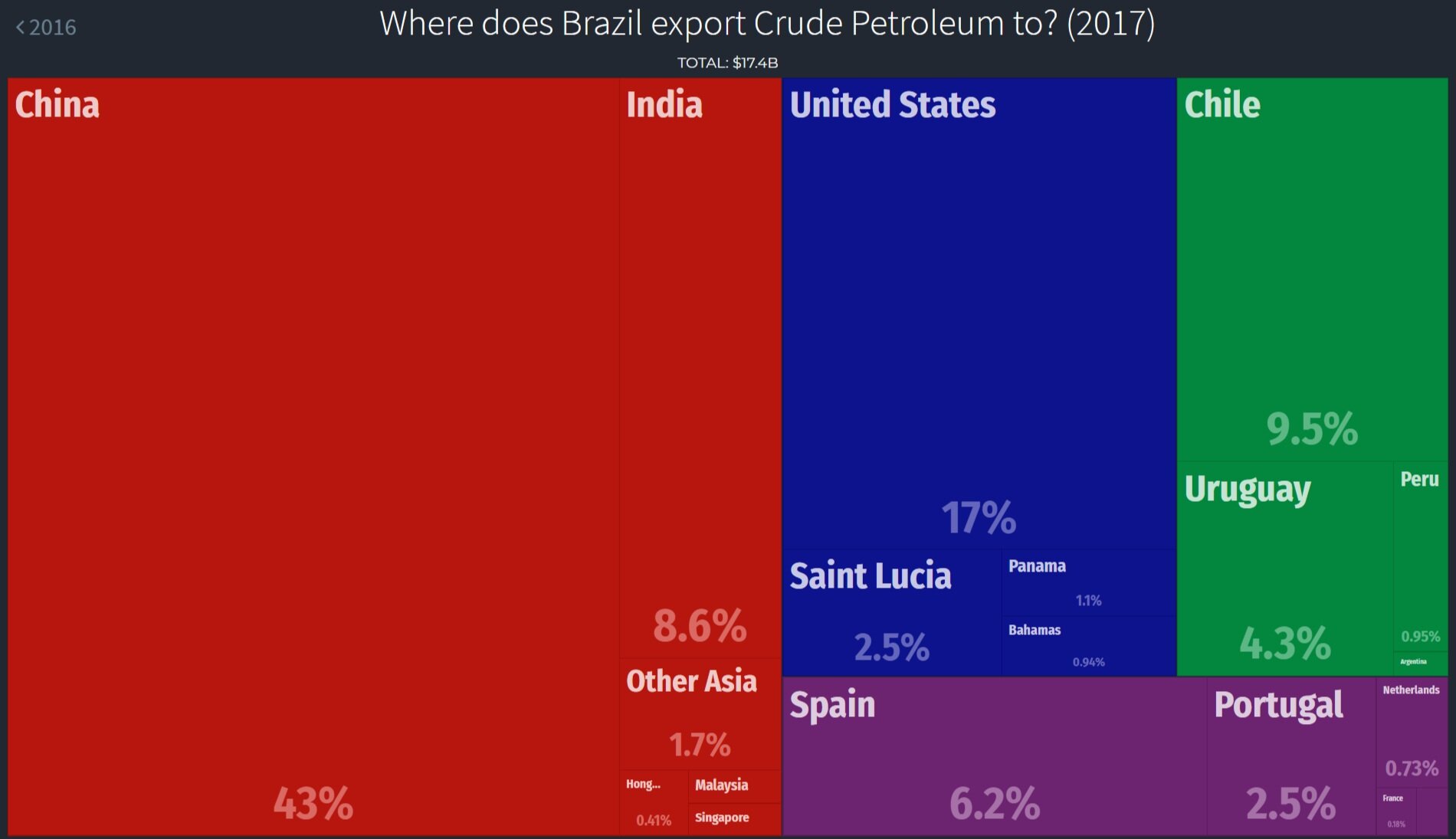 Production from some wells in this area is now about 50,000 barrels per day. “Players are investing not only in drilling, but also in the production of those barrels. We are talking about billions of dollars of investments over a number of years. So, of course, only the major oil companies can play.”

But pre-salt is not just about oil. There is an enormous volume of associated gas with the oil in the formation, according to Zambelli. “The only way to produce the huge amount of oil that we have there is also by producing gas. So, I think there is a tremendous opportunity for Brazil to become an important player in gas.”

Brazil has two alternatives regarding the use of this gas, according to Zambelli. One is to use the gas domestically, for transportation, residential and industrial consumption, and for thermoelectric power plants. “Thermoelectric plants in Brazil today use mostly regular fuel, and LNG can be a great replacement in terms of efficiency”, she says. The second option for Brazil is to invest in LNG plants and become an exporter.

“Gas is going to make the biggest change in the next 10 to 20 years in Brazil”, Zambelli states. “This will have a big impact on the country’s growth and development.” 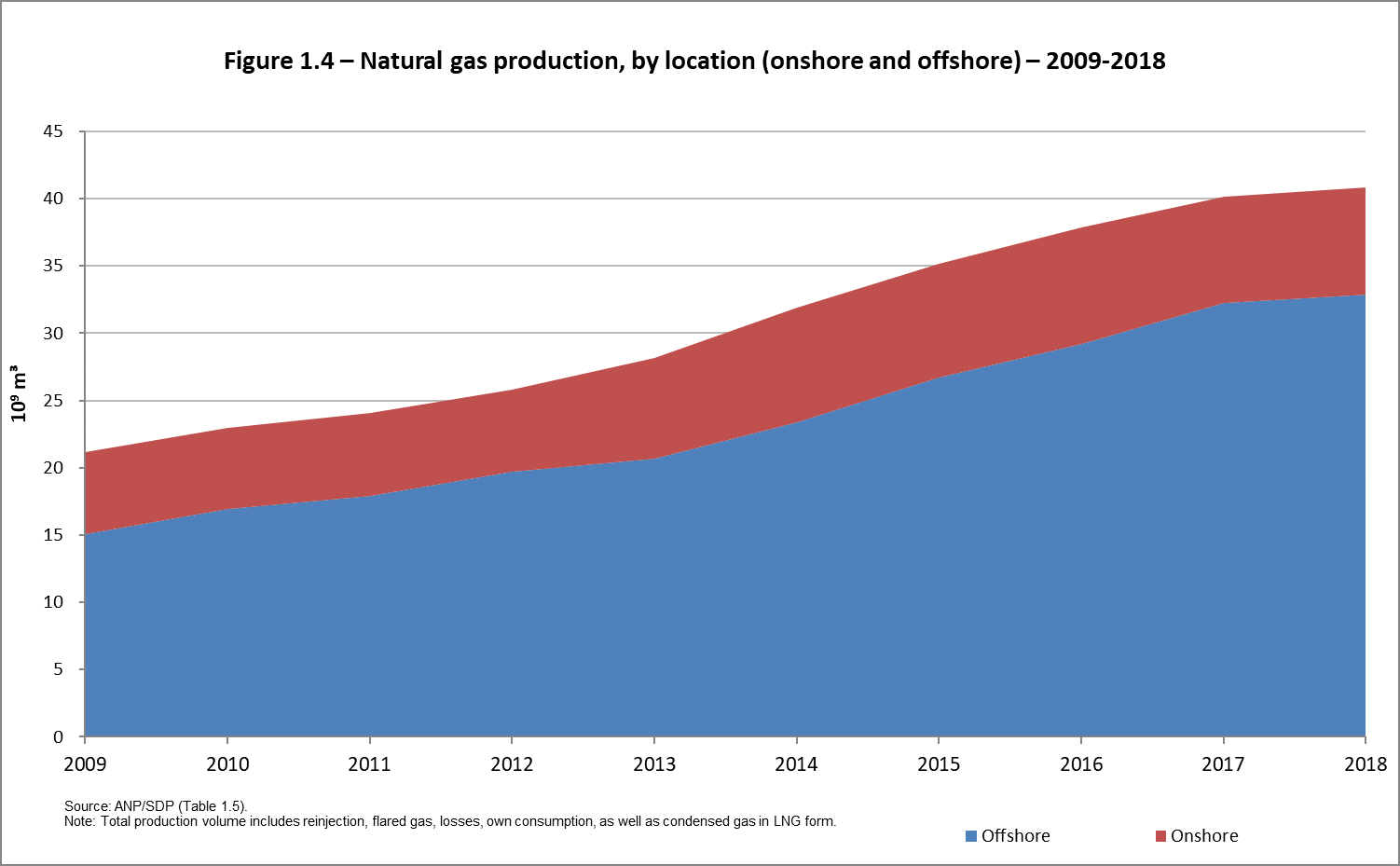 The new oil and gas regulations demonstrate a more liberal policy approach to the industry. While the changes commenced before the election of president Jair Bolsonaro, they are aligned with his promises for the economy. “This government has the view of being less of an investment provider, to act more as a catalyst for companies and investments to come to the country.”

The country’s financial condition would not allow anything different, according to Zambelli. “Despite your own point of view in terms of politics, one thing I think nobody can deny is that if Brazil wants to grow and expand, it cannot depend on government investment, because the government simply does not have the capacity to invest.” 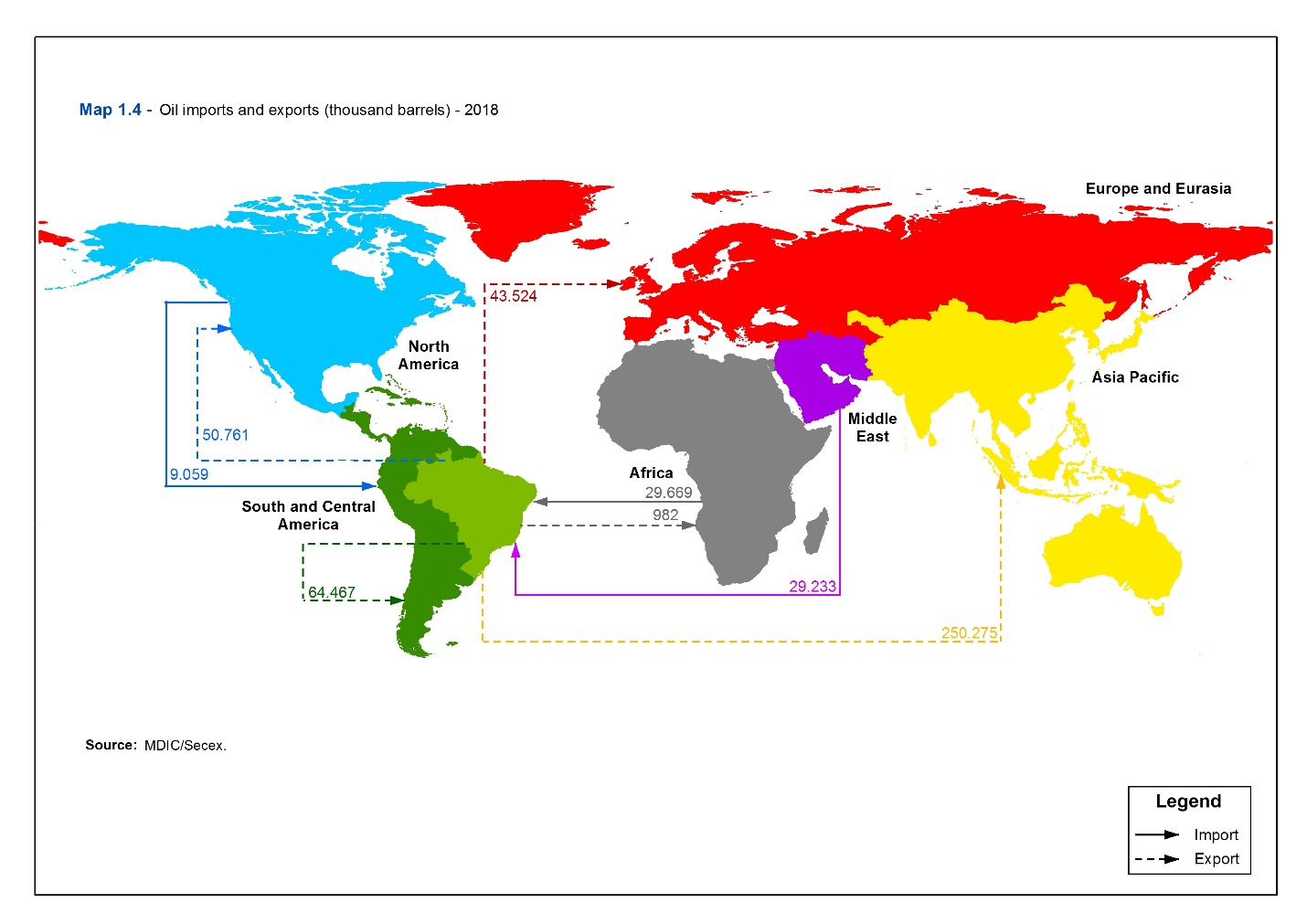 In addition to harnessing the financial windfall from pre-salt exploration for the country’s economic and social development, Brazil must channel a portion to develop new sources of energy that can be used in the future, as the amount of oil is finite, according to Zambelli.

“We have tremendous potential in solar energy in the entire country, especially in the North and Northeast of Brazil, for the entire year”, she says. There is also potential for wind power, which already witnesses large projects in Central Brazil and also in the North and Northeast. “Those are two renewable energy sources that I see becoming relevant in the next few years in Brazil.”

Despite global concerns about carbon-intensive power generation and the need to move away from fossil fuels, Brazil is one of the world’s greenest countries in electricity generation, according to her. “Renewals are part of our path to energy.”

Much of the Brazilian energy matrix is driven by hydroelectric power. The country has also been investing in cleaner automotive fuel for decades. “The gasoline we use in cars in Brazil already has, by law, 20 percent ethanol derived from sugarcane. It’s already a much cleaner energy, gasoline than in most countries.”

Currently, 98 percent of cars produced in Brazil are called ‘flex’ cars, she says. That means consumers can fuel their cars with gasoline (which is actually 80 percent gasoline and 20 percent ethanol) or 100 percent ethanol. “Today my car is flex, I can use gasoline or ethanol and you barely see the difference. The gasoline is a little more efficient in terms of kilometers you can run, but ethanol is cheaper.”

Biofuels also have great potential to continue growing as a source of energy for automobiles and for transportation generally in Brazil, according to her. Most of Brazil’s transportation network is underpinned by highways—the country lacks rail or shipping infrastructure to move goods. This is largely due to geographic and topographic considerations of Brazil. “Because of the biofuel’s potential, electric vehicles is something I do not see as one of the solutions for Brazil in the next few years.”

An area for improvement is in the use of biodiesel. “We already have biodiesel being mixed with diesel, but not to the same extent as we have today with gasoline and ethanol. So that is definitely an area for improvement”, Zambelli says. “And, of course, I think that in the long run, if gas becomes a solution for heavy transportation such as trucking, this can be extremely interesting.”