These interactive presentations contain the latest oil & gas production data from all 23,839 horizontal wells in the Permian (Texas & New Mexico) that started producing from 2008/2009 onward, through August 2019. 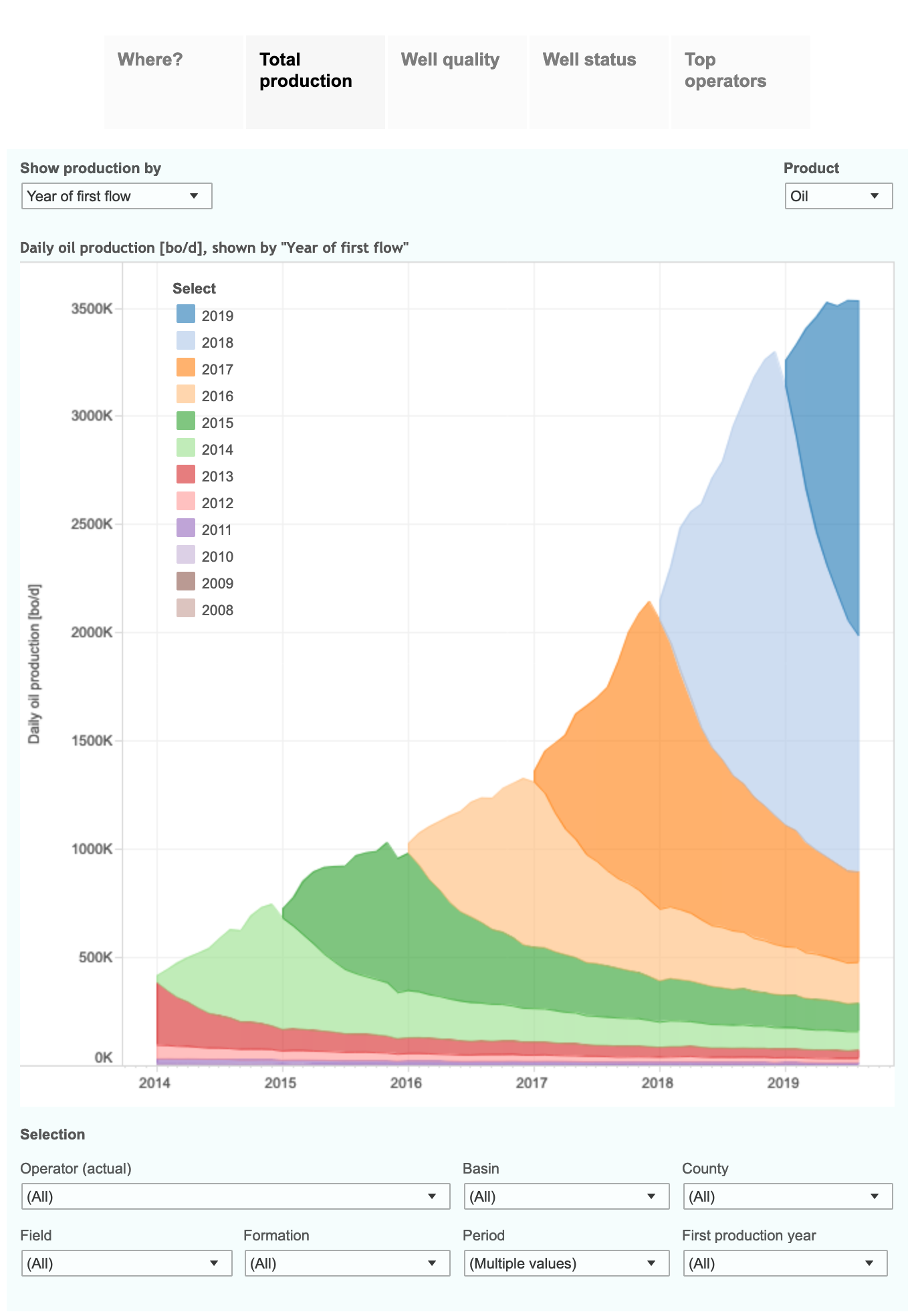 Preliminary data from the state agencies already has August production at a record high (see chart above). After revisions, especially for New Mexico, I expect that August production will be revised upward to about 3.7-3.8 million bo/d.

Although the horizontal rig count has fallen by 15% since the start of this year (443 to 377 in the previous week), if current drilling & completion activity and well productivity would stay constant (which they never do), production has the potential to double from current levels over time. This simple projection obviously ignores many possible constraints that could occur on the way.

The “well quality” tab does show that improvements in well performance have flattened since 2016. As observed in previous posts on this basin, after normalizing production data for the increases in lateral length (which is easily done in our advanced analytics service), we see no improvement since Q2 2016.

Pioneer overtook Concho in the “Top operators” overview in August. However, since the acquisition of Anadarko, Occidental is now the largest operator in the Permian (we still list both entities separately), with well over 300 thousand bo/d of operated production.

In previous posts we shared the operators with the best performing wells. In the following screenshot, you can find this ranking for the Permian Basin, based on the average cumulative oil produced in the first 2 years on production. Only horizontal oil wells are included that began production since 2012. Operators are only shown if they completed at least 20 wells in the selected time frame. 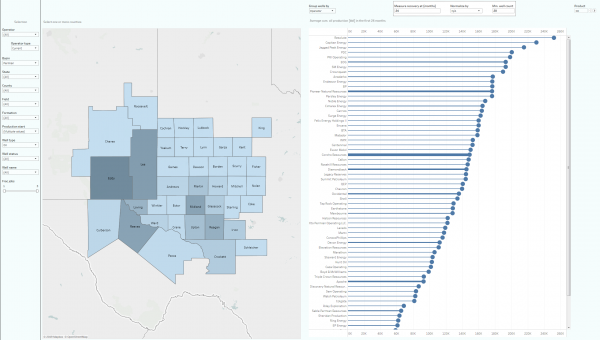 Click on the image to see a high-resolution version, which was taken from ShaleProfile Analytics. Resolute, which was last year acquired by Cimarex, shows the best results, with an average of 250 thousand barrels of oil in the first 2 years.

In the middle of next week, we will have a new post on the Eagle Ford.

Visit our blog to read the full post and use the interactive dashboards to gain more insight: https://bit.ly/337O2cf