This interactive presentation contains the latest oil & gas production data from all 21,540 horizontal wells in the Eagle Ford region, that started producing since 2008, through August. 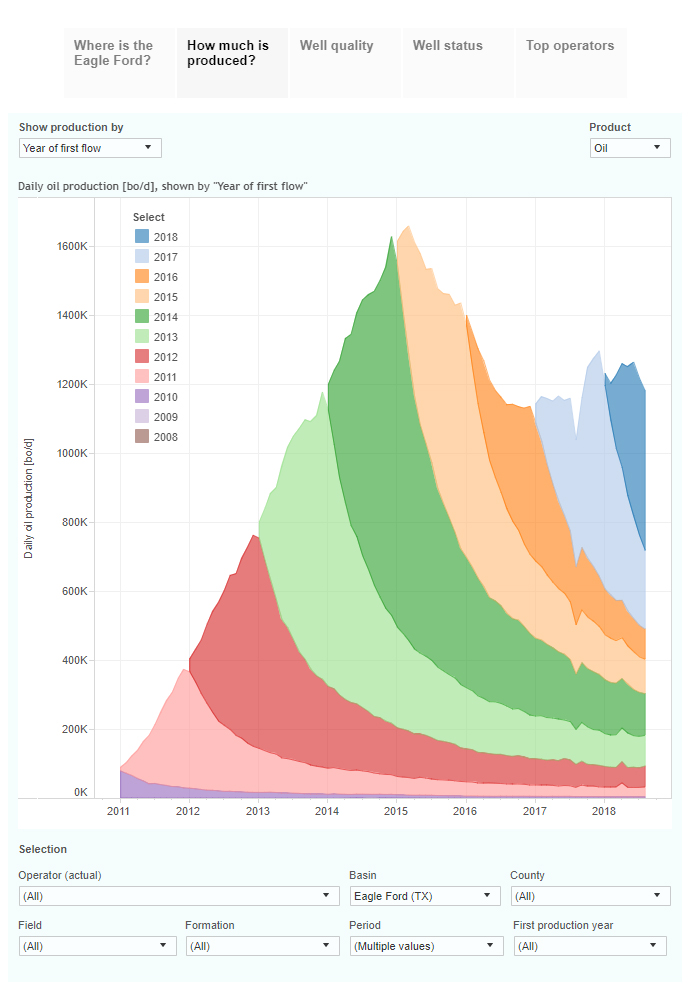 Since the low point two years ago, oil production in the Eagle Ford has kept growing. I expect that after revisions August production will eventually come in at around 1.3 million bo/d (~100 kbo/d higher than shown now). 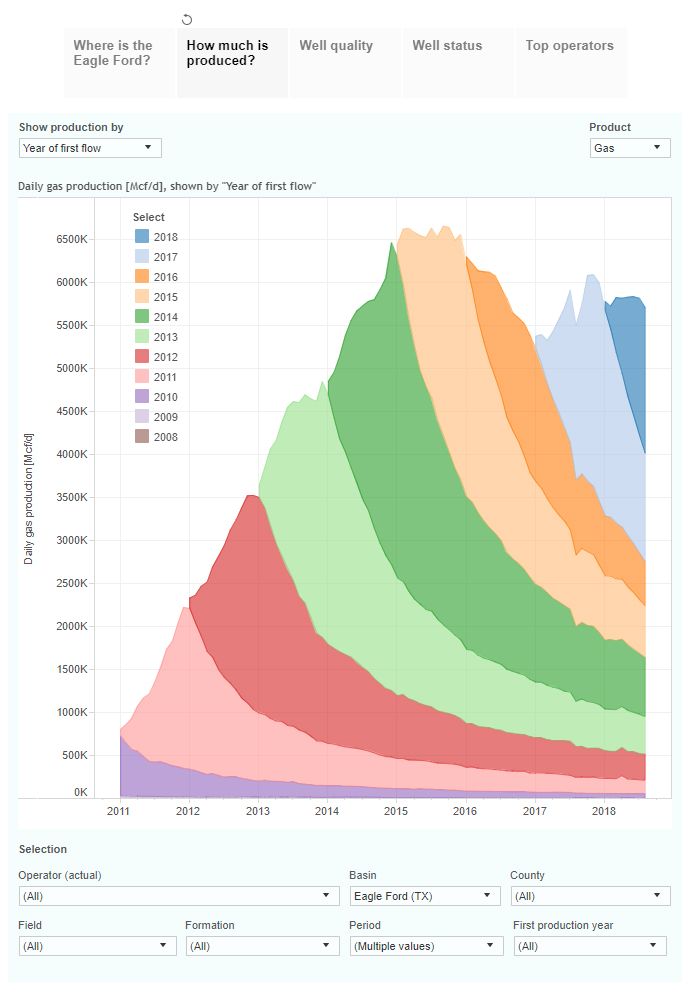 The underlying decline is clearly visible in this graph; you can see that the horizontal wells from before 2015 peaked at over 1.6 million bo/d in Dec 2014, and that the same group produced just 0.3 million bo/d in August. 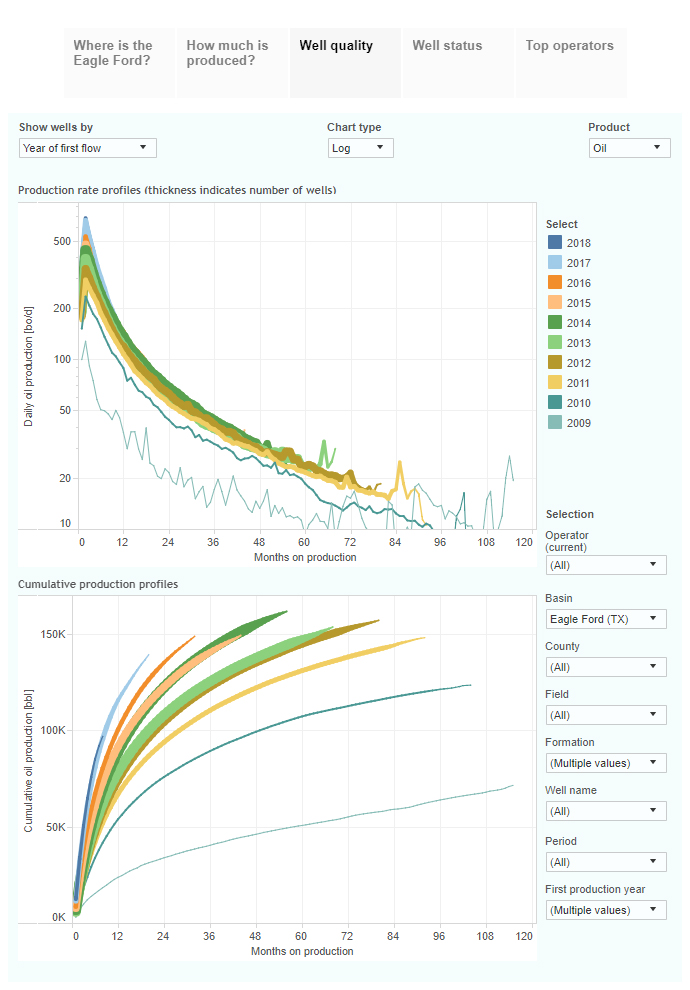 The main reason for the recent increase in oil production is not higher well productivity, as this has not significantly changed in the past 2 years (see ‘Well quality’). But about 5 wells have been completed every day in 2017 & 2018, on average, versus just 4 in 2016. 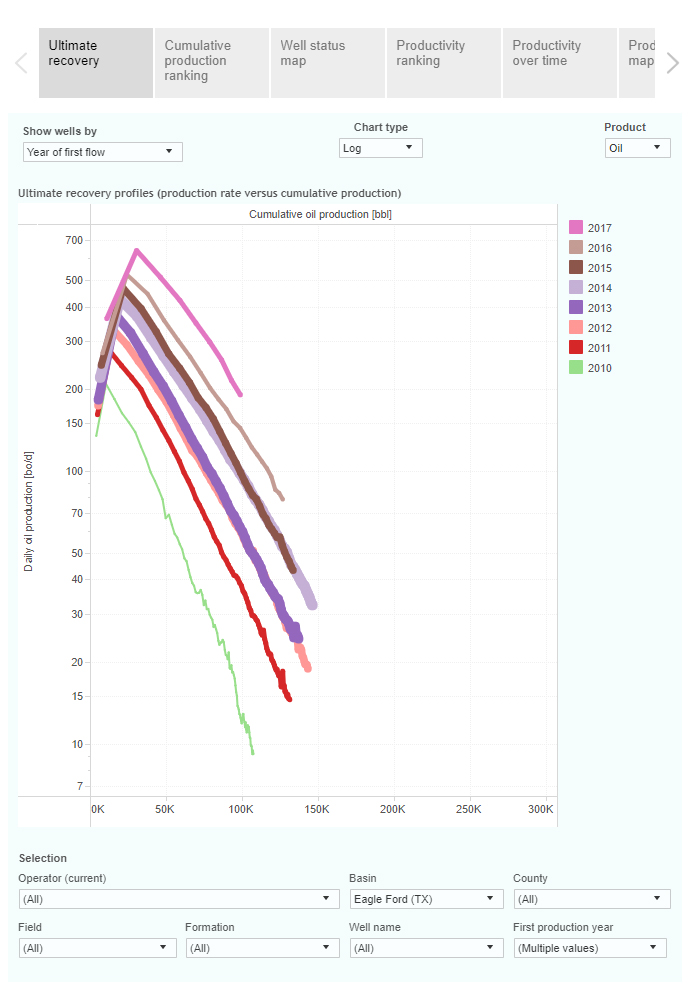 In this “Ultimate Recovery” overview, the relationship between production rates and cumulative production is revealed. Wells are grouped by the year in which production started.

Declines here are steeper than in the Permian or the Bakken, and that means that a greater part of the oil EUR is recovered in the first year on production (about half).

I wanted to have a closer look at the well performance of the two leading operators, EOG & ConocoPhillips. Here you find this comparison, for horizontal wells that started between 2014 & 2017, taken from our ShaleProfile Analytics service. 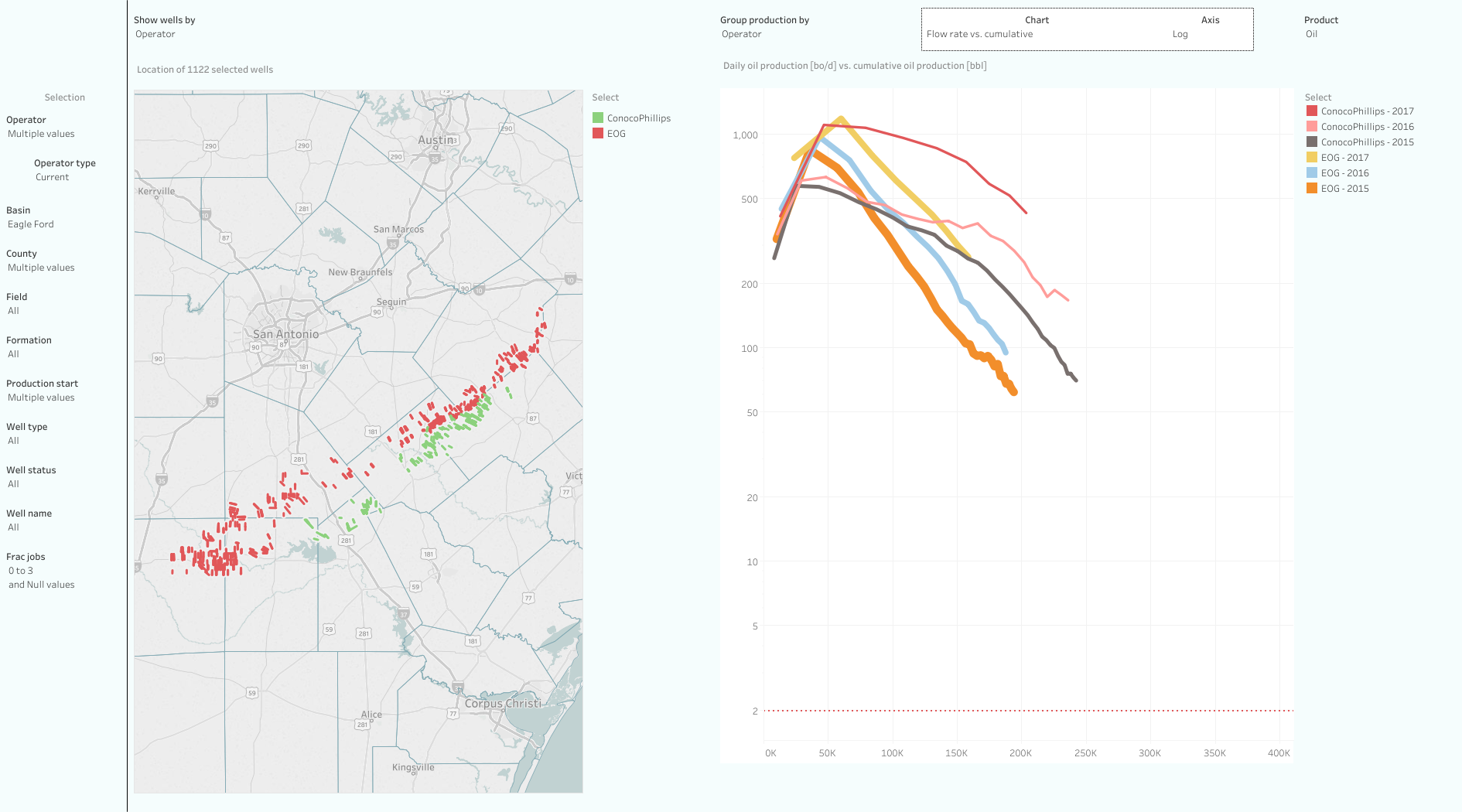 For each operator & year combination, you can see the performance curve on the right plot. Striking here is the difference in well behavior. EOGs wells decline in a fairly straight line from the peak, while the wells operated by ConocoPhillips are able to maintain a higher flow rate for several months, before they display a steepening of the decline.

Early next week we will have a post on the Permian again.

Visit our blog to read the full post and use the interactive dashboards to gain more insight http://bit.ly/2Q2eRwV