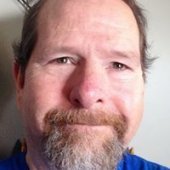 What are the chances the UN is working toward world stability by defunding Russia, in particular, and preventing them from becoming a huge threat to world peace.  Green energy satisfies the need to ke

I appreciate much of your thoughts and that you are asking important questions.  If your proposed theory for UN Climate Alarming is correct the UN, as usual, is an epic fail.   China is the real

Is the Green race a race from energy dependence.