Anybody else seeing the shale oil ‘house of cards’ collapsing as we speak? Many of us saw this coming, but were continually shouted down by the shale oil cheerleaders. With rig count plummet

I see shale oil just hitting it's stride but that's just my personal experience with 19 wells in the Wolfcamp. I don't believe it's DUCs being completed that is the reason for production increasi 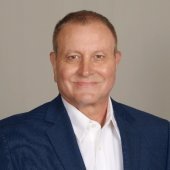 The Permian gained 2 million bpd last year. 2018 well decline is 1 million bpd in just 7 months. The Tier 2 & 3 acerage not only produces 1/3 to 1/2 less EUR it also declines at nearly twice the r