These interactive presentations contain the latest oil & gas production data from all 16,084 horizontal wells in North Dakota that started production from 2005 onward, through August. 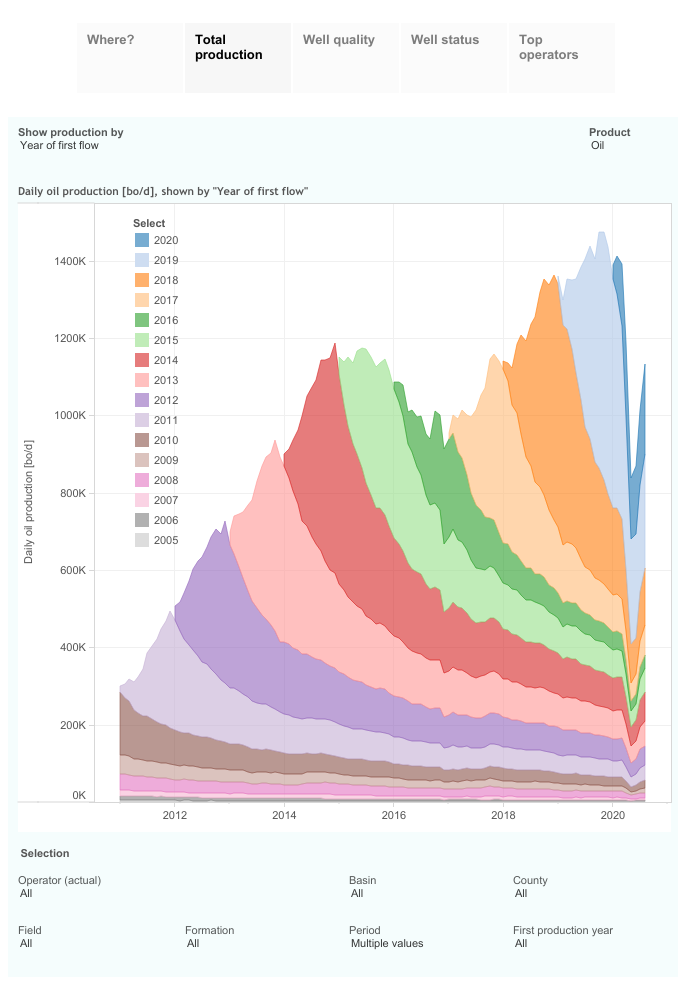 Oil production in North Dakota continued to recover in August from the low in May, as it climbed to just above 1.1 million bo/d. About 700 more wells that were temporarily shut-in came back online in August, compared with almost 1,000 in the month before. Another 1,000 wells (above the March level) remain shut-in.

In the May-August time frame, only 105 wells were completed.

Last week there were still only 9 rigs drilling horizontal wells (according to the Baker Hughes rig count). Despite the effect from some production being brought back in the coming months, we still project that at this pace significant declines lie ahead, as you can find in our Supply Projection dashboard:

Tight oil outlook in North Dakota, based on current drilling activity and well productivity (only wells since 2010)

In the top chart in the “Well status” overview, you can clearly see the spike in inactive wells in May, which is now coming down.

Continental Resources was the only operator in the top-5 that took drastic measures when the downturn started (see “Top operators”). In July and August it restarted almost all of its inactive wells, causing output to spike from 21 kbo/d in June to 174 kbo/d in August. It is again the number one producer in the state.

The number 5 in this list, WPX, just announced a merger with Devon. Only WPX has operations in the Bakken, from which it gets almost half of its output (the rest is in the Delaware Basin).

It has some pretty good wells here: 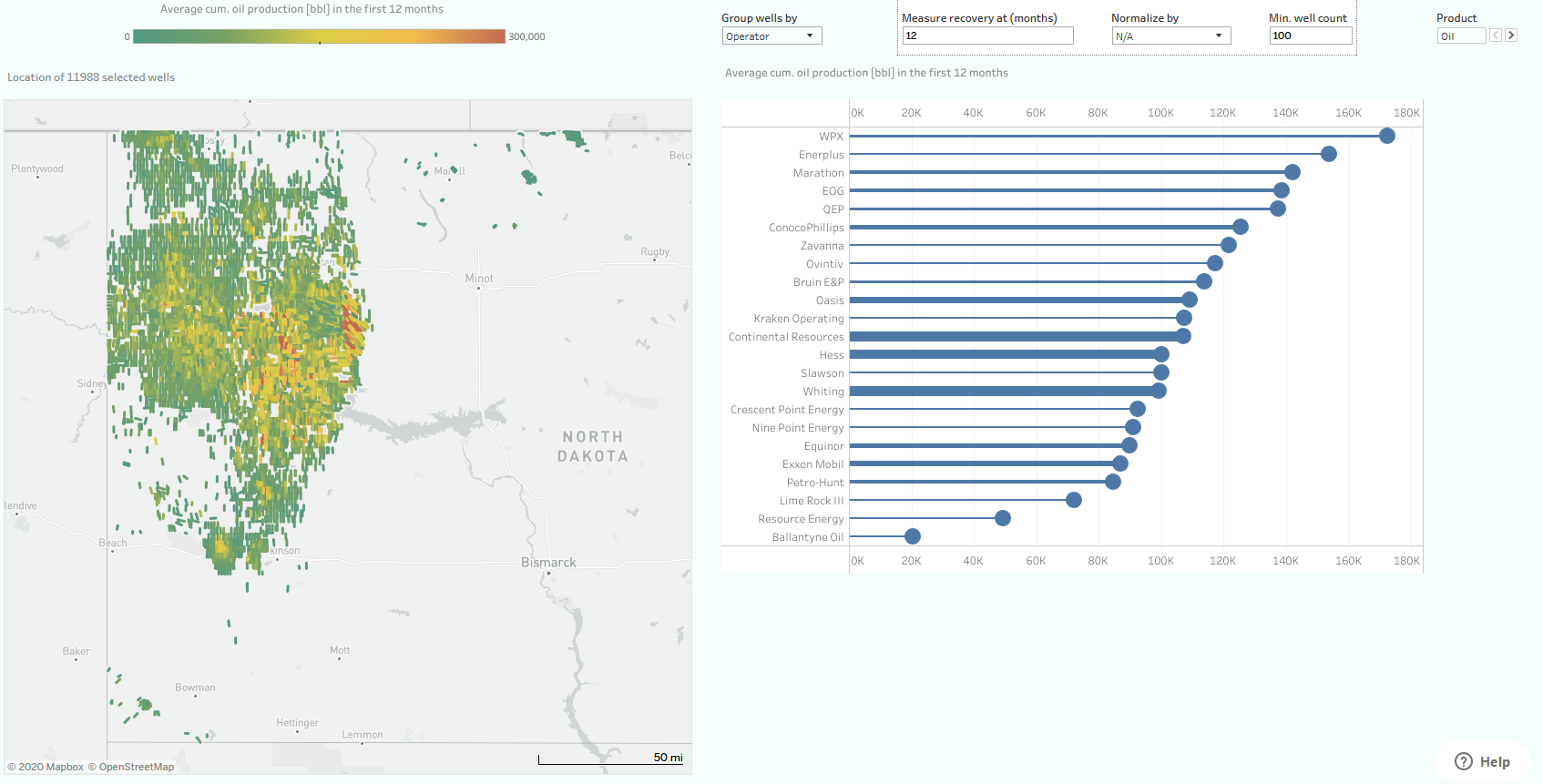 In fact, you can see that of all the major operators (>100 operated wells), its wells outperform all others; the 312 wells that WPX brought online since 2010 with at least 1 year of production history, recovered on average 173 thousand barrels of oil in the first year.

Many of its most prolific wells (69) are in the Reunion Bay field, as displayed below: 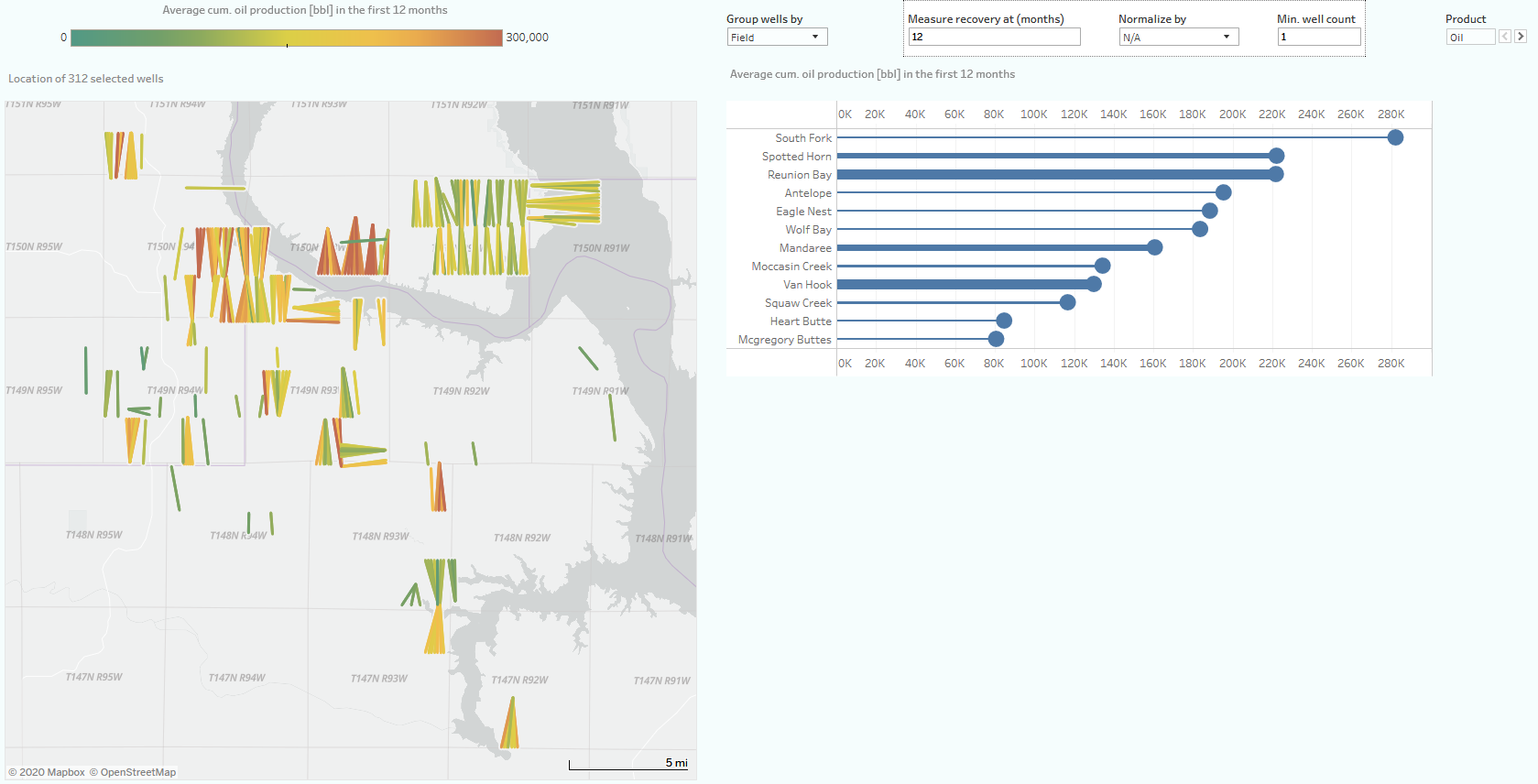 These screenshots were taken from ShaleProfile Analytics (Professional). 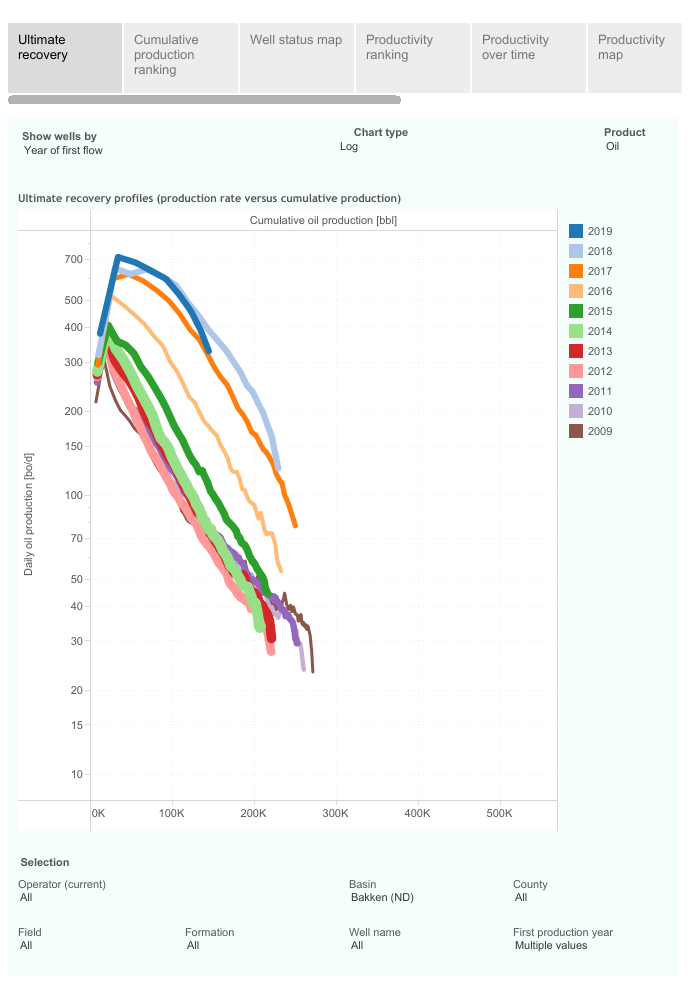 This “Ultimate recovery” overview shows how these horizontal wells are heading towards their ultimate recovery. They are grouped by the year in which production started.

Early next week we plan to have a new post on the Permian.

Visit our blog to read the full post and use the interactive dashboards to gain more insight: https://bit.ly/3d4Kw9h