These interactive presentations contain the latest oil & gas production data from all 14,469 horizontal wells in North Dakota that started production since 2005, through January. 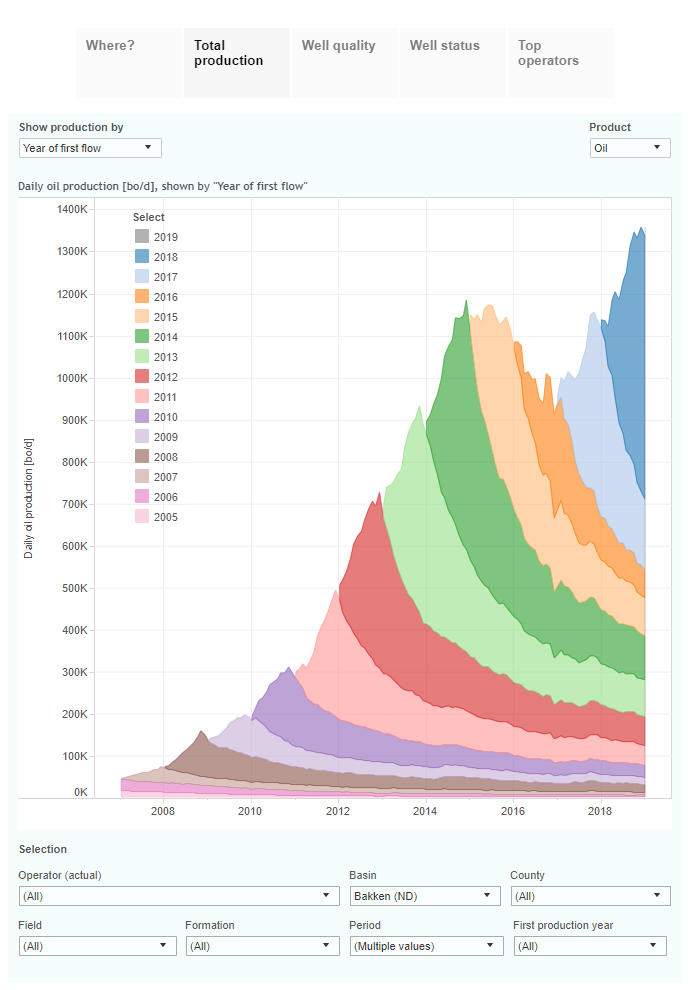 January oil production in North Dakota was unchanged from the month before, at 1.4 million barrels of oil per day. In January, which is typically a slow month, just 85 wells started production. 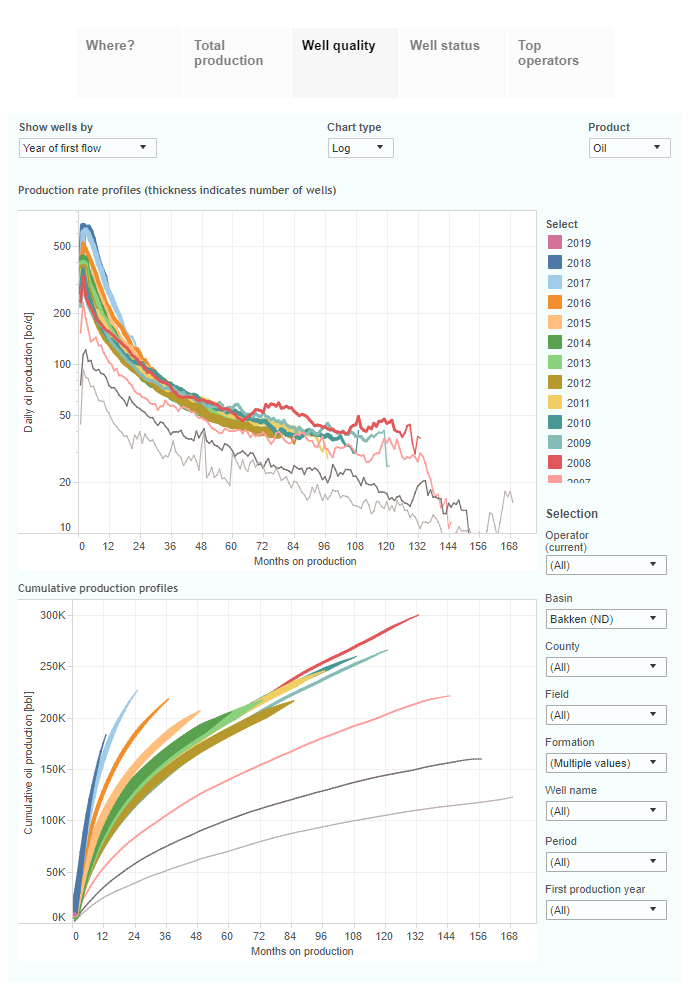 In the ‘Well quality’ tab, you’ll find the production profiles for all these wells. After several years of improving initial well productivity, the 2018 vintage eked out another small gain. 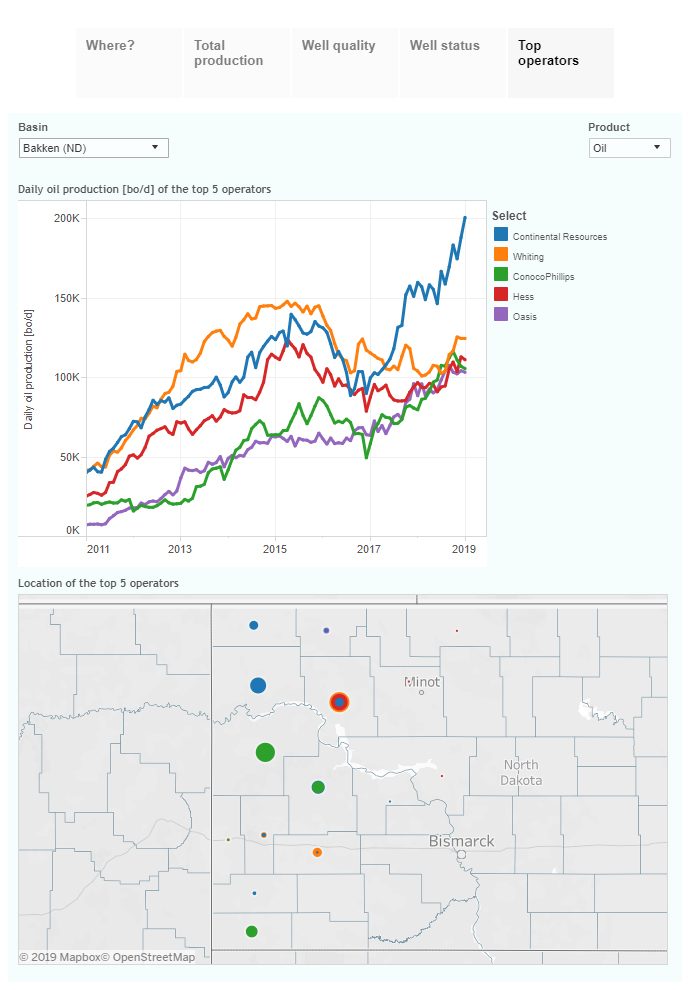 All 5 leading operators in North Dakota started the year at a higher production level than a year earlier (“Top operators”). Continental Resources was the first operator in the history of the state to reach 200 thousand barrels of oil production capacity in January. It doubled its output in the past 2 years.

From our analytics service (Professional), we can see how Continental Resources has changed its completion practices in the last couple of years: 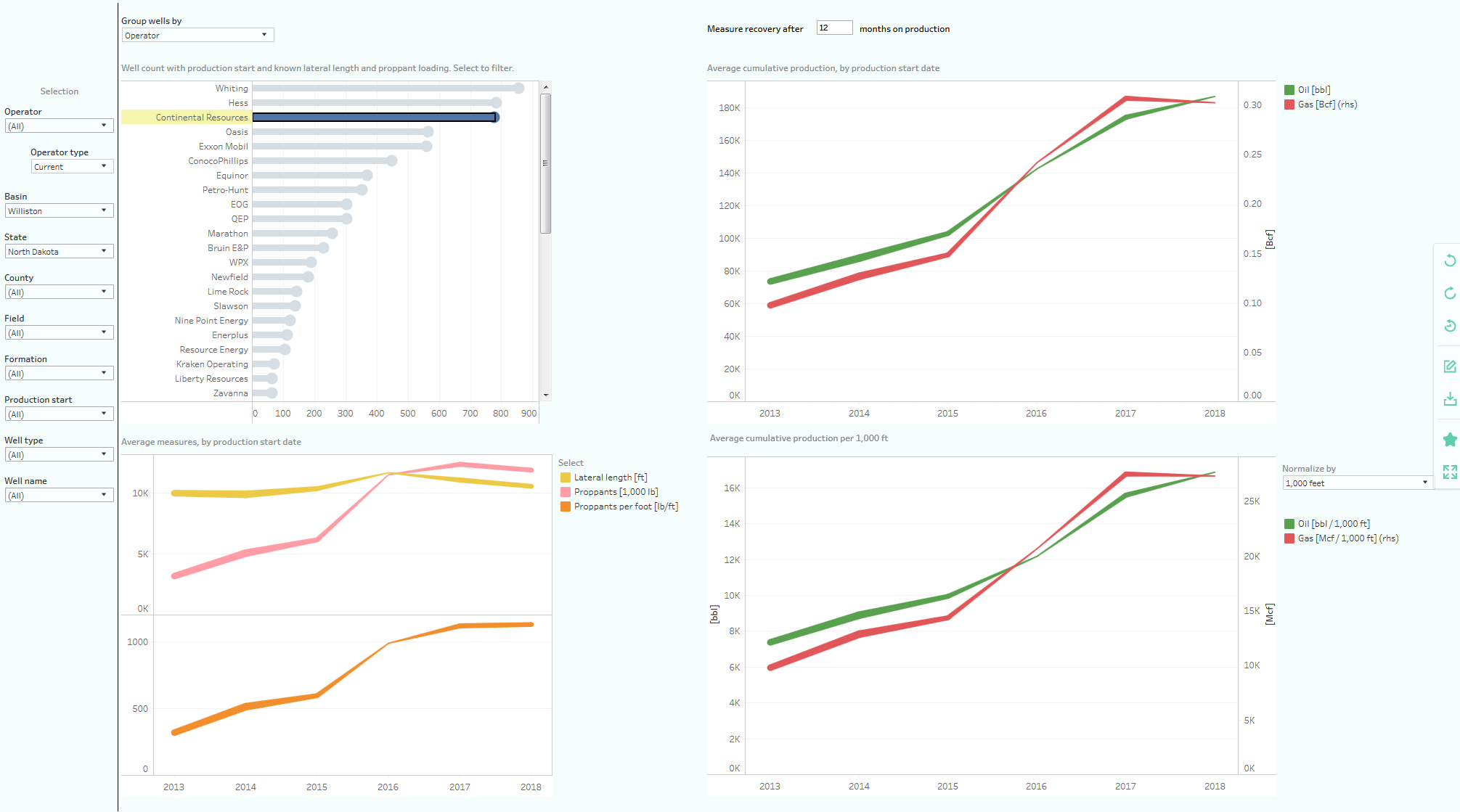 In this dashboard we can see that Continental Resources did not change the length of its laterals by much since 2013 (yellow curve), but it did almost quadruple the amount of proppant used, from 3 million pounds per completion in 2013, to 12 million pounds in 2017/2018 (shown by the pink curve). The impact that this had on the amount of oil recovered in the first 12 months is shown in the plots on the right side; the bottom plot shows the same information, but now normalized by lateral length (1,000 feet). 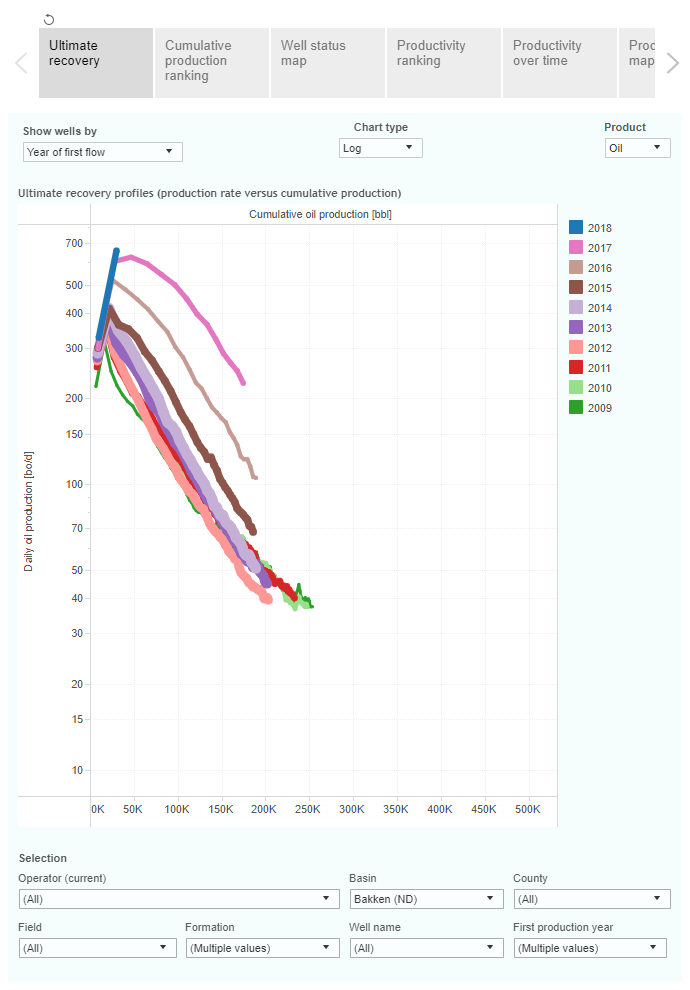 The almost 1,800 horizontal wells that started in 2012 have now recovered just above 200 thousand barrels, and are now producing at a rate of 40 bo/d, on average. The 971 wells that started 5 years later (2017) are, with an average recovery of 175 thousand barrels of oil after 14 months on production, not far behind, and they are still operating at a rate of 227 bo/d.

Early next week we will have an update on gas production in Pennsylvania, which just released January production data as well (already available in our subscription services!). It just set another record at over 18 Bcf/d.

Visit our blog to read the full post and use the interactive dashboards to gain more insight http://bit.ly/2ueHidA