These interactive presentations contain the latest oil & gas production data from all 19,523 horizontal wells in the Permian (Texas & New Mexico) that started producing since 2008/2009, through December. 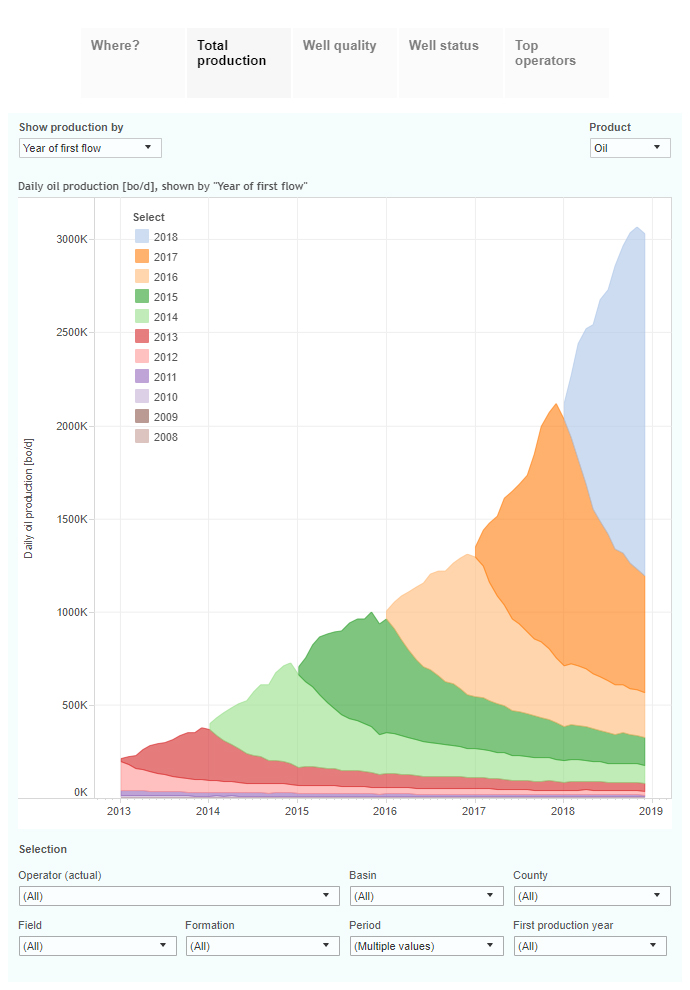 If you switch ‘Product’ to gas, you’ll find that natural gas production increased to almost 10 Bcf/d, which is even more than is produced in the Haynesville Basin. 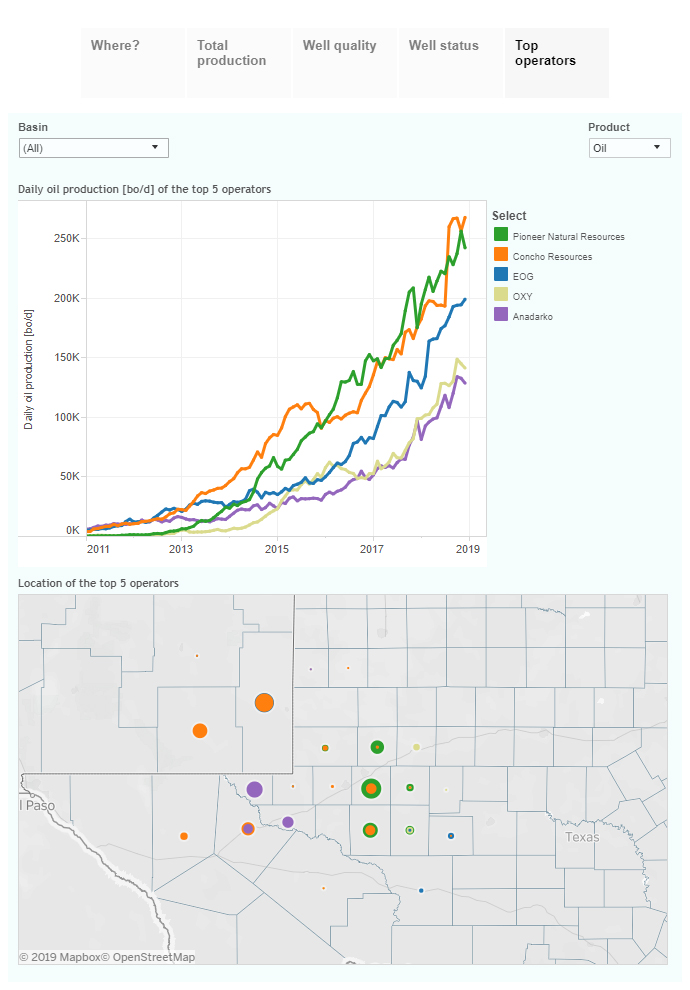 The final tab shows the production histories of the 5 largest operators of horizontal wells. They all have strongly increased output in the past 2 years, and are at or near production highs. 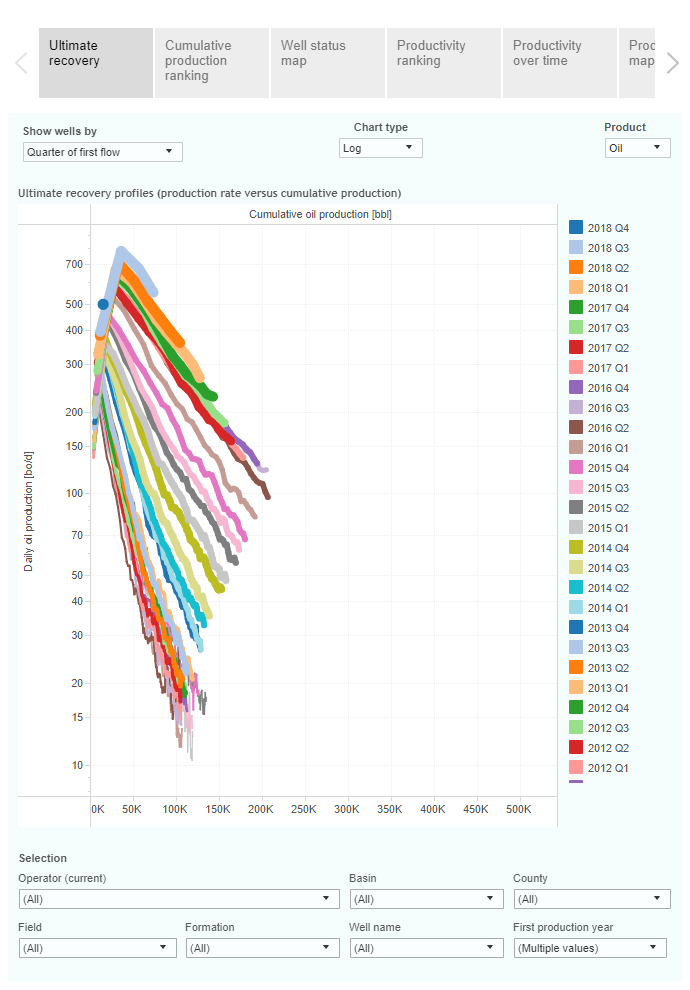 The wells that started in Q2 2016 (dark brown curve) have now recovered the most oil, with just over 200,000 barrels of oil produced on average. Newer wells are on a slightly higher trajectory. 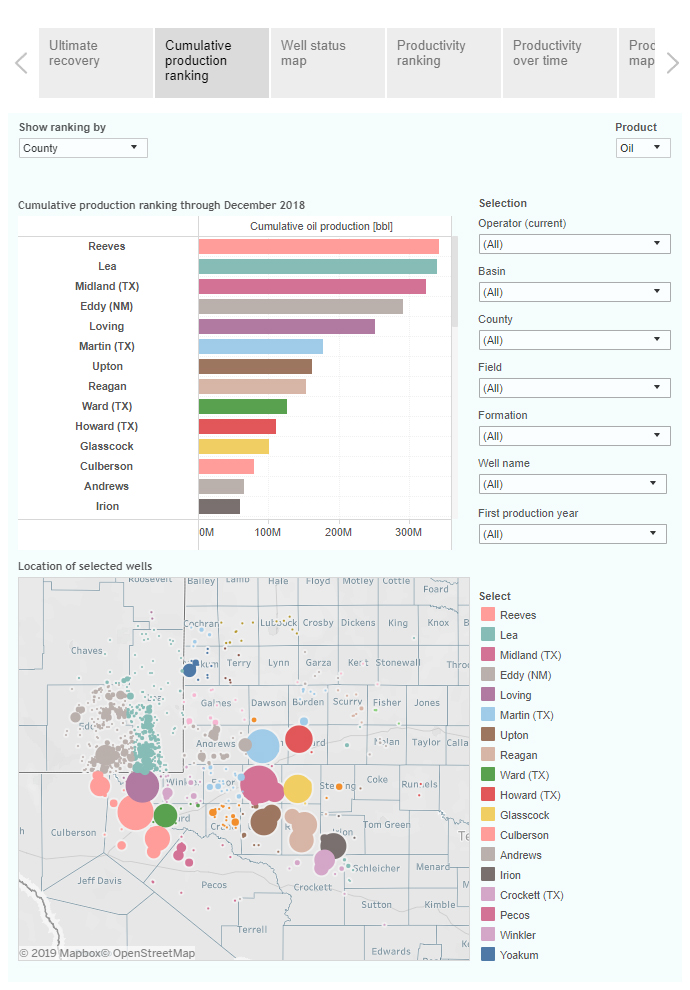 Later this week we will have a post on the Eagle Ford, followed by an update on all covered states in the US early next week.

Visit our blog to read the full post and use the interactive dashboards to gain more insight http://bit.ly/2I0WJhy