These interactive presentations contain the latest oil & gas production data from 117,989 horizontal wells in 12 US states, through September 2019. Cumulative oil and gas production from these wells reached 12.4 billion bbl and 140 Tcf of natural gas. West Virginia is deselected in most dashboards, as its production data is less current. Oklahoma is for now only available in our subscription services. 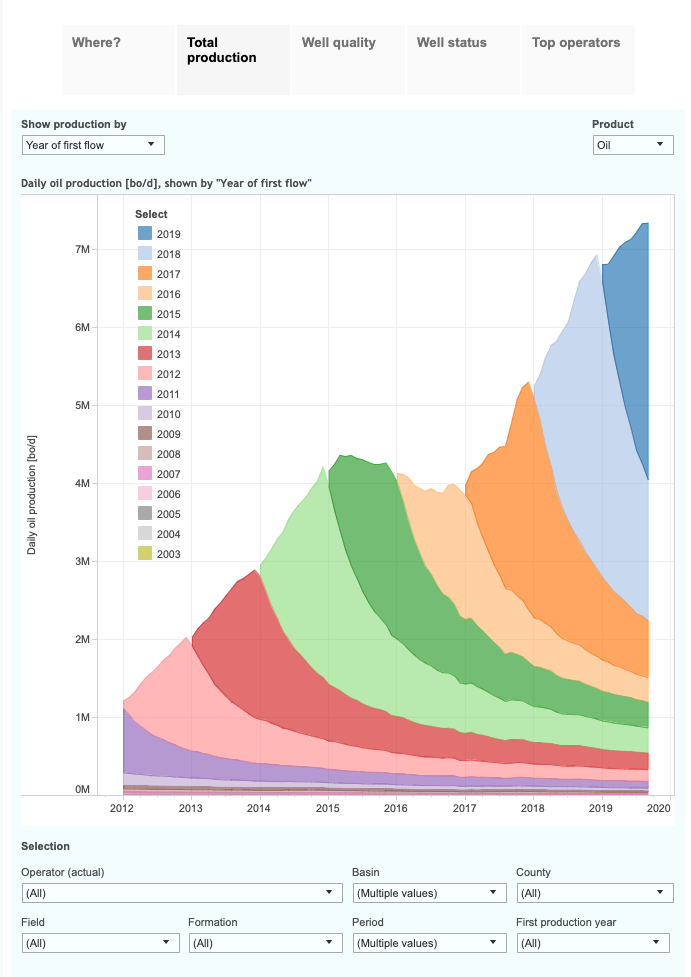 Even preliminary production data has September oil production in all these states at a new record, at over 7.3 million bo/d. After upcoming revisions, I expect it to eventually settle at around 7.5 million bo/d. These figures are somewhat higher than the previous US update, as we are now able to include more production data for recently completed wells in New Mexico, and Ohio is also up-to-date.

At 7.5 million bo/d, the y-o-y growth was 0.9 million bo/d. Although high, this is only half of the increase in the year before (1.8 million bo/d in the twelve months through September 2018).

The production profiles for all these horizontal wells can be viewed in the “Well quality” tab, where the major tight oil basins are preselected. It shows that average initial well productivity improved every year in the past decade. However, as highlighted in previous posts, no improvements are seen after 2016, when you normalize production data by lateral length (possible only in our ShaleProfile Analytics service).

The largest operators (based on output in the previous 12 months) can be found in the final tab (“Top operators”). Exxon Mobil is now also in the list, and immediately jumped to the 2nd spot. About 2/3rd of its unconventional production comes from the Permian, where it has significantly ramped up operations. 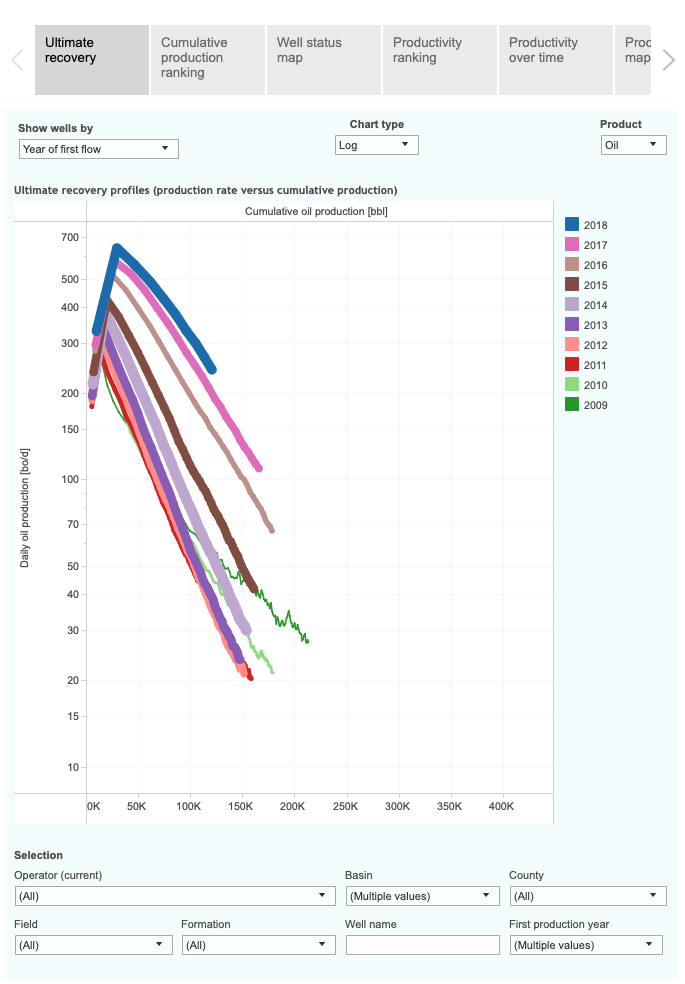 Finally, I wanted to share the following graph (from our advanced analytics service), which displays how oil production from horizontal wells has developed in the top 6 states, through September 2019: 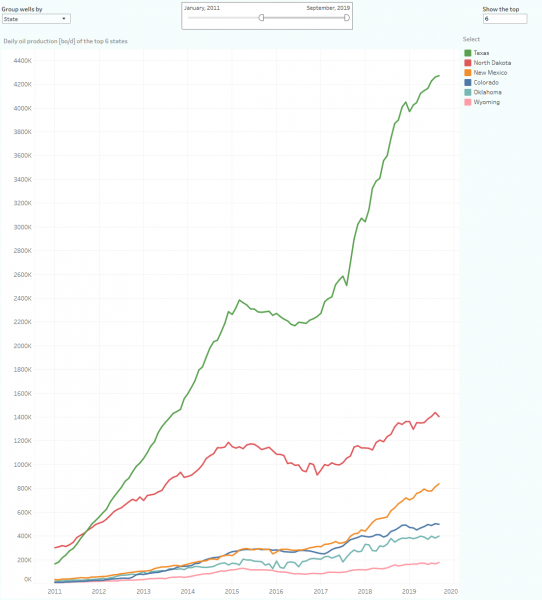 It highlights the enormous rise in production from Texas, which is now good for more than half of total output. But since early 2017, the percentage growth rate was even higher in New Mexico.

Early next week we will have a new post on North Dakota, which just made November production data available in their subscription service (showing a preliminary minor drop in output). This was immediately made available for our subscribers as well.

Production data is subject to revisions. For these presentations, we used data gathered from the sources listed below.

Visit our blog to read the full post and use the interactive dashboards to gain more insight: https://bit.ly/36y09ls