The outbreak of coronavirus in China has led to concerns over a slowdown in the US economy, putting pressure on oil, stocks, and commodities.


But it's the Black Swan about all talking about?

The degree by which markets have been mostly immune (for now -1% / -2%) to the coronavirus is linear with the Wall Street behavior.

Historically the reaction to outbreaks is different from expectations. 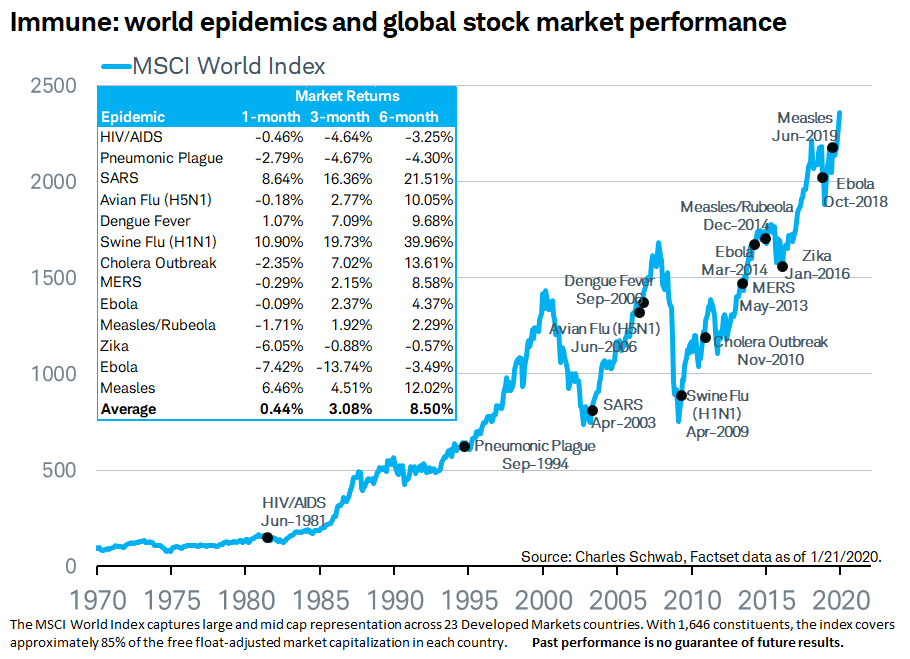 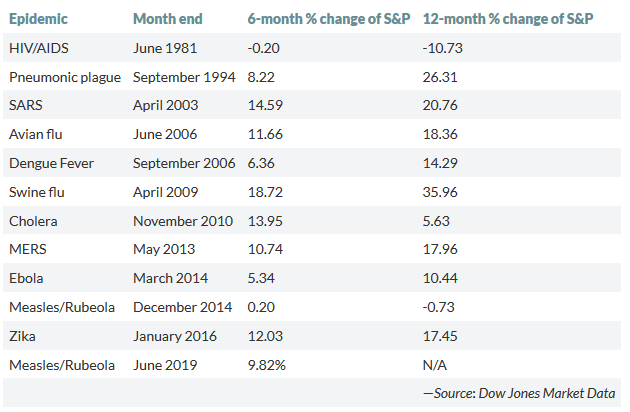 Last week JPM Commodities Research said"We estimate a price shock of up to $5 (a barrel) if the crisis develops into a SARS style epidemic based on historical oil price movements,", while Goldman Sachs attest the Oil falls around $3.
“While estimates at this point remain highly uncertain and we take no view on its development, we leverage the 2003 SARS epidemic to illustrate the potential impact on oil demand,” Goldman Sachs added.
At the time, Bloomberg recalls, Asian airlines registered an 8-percent decline in annual traffic, according to data from the International Air Transport Association, but carriers elsewhere were much less affected.
So, while the actual effect on demand for jet fuel and, related to it, crude oil, would be limited, it is the uncertainty about demand prospects that may drive prices down.
The total oil demand loss would translate into a modest $2.90 per barrel impact on oil prices, based on Goldman Sachs pricing model. 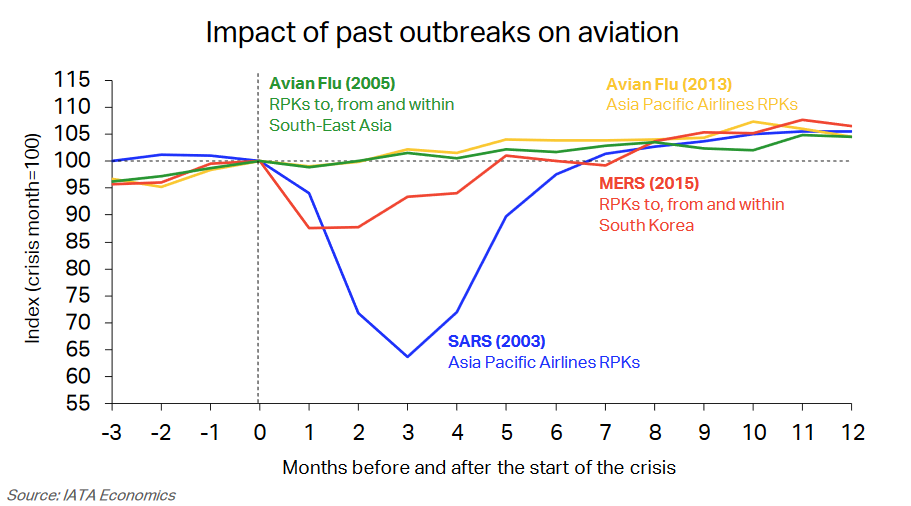 According to IATA Economics data “On the other hand, the 2005 and 2013 episodes of avian flu had a much milder and short-lived impact and air travel rebounded quickly as the fears of the global spread of virus eased. “

Many analysts believe the economic effects on global GDP from the spread of the coronavirus will be temporary.

I think that the game will be played when we'll have real data about the virus.
The absence of reliable data only generates fear and uncertainty, which are very strong levers for speculation.