This interactive presentation contains the latest gas (and a little oil) production data, from all 8,406 horizontal wells in Pennsylvania that started producing since 2010, through August. 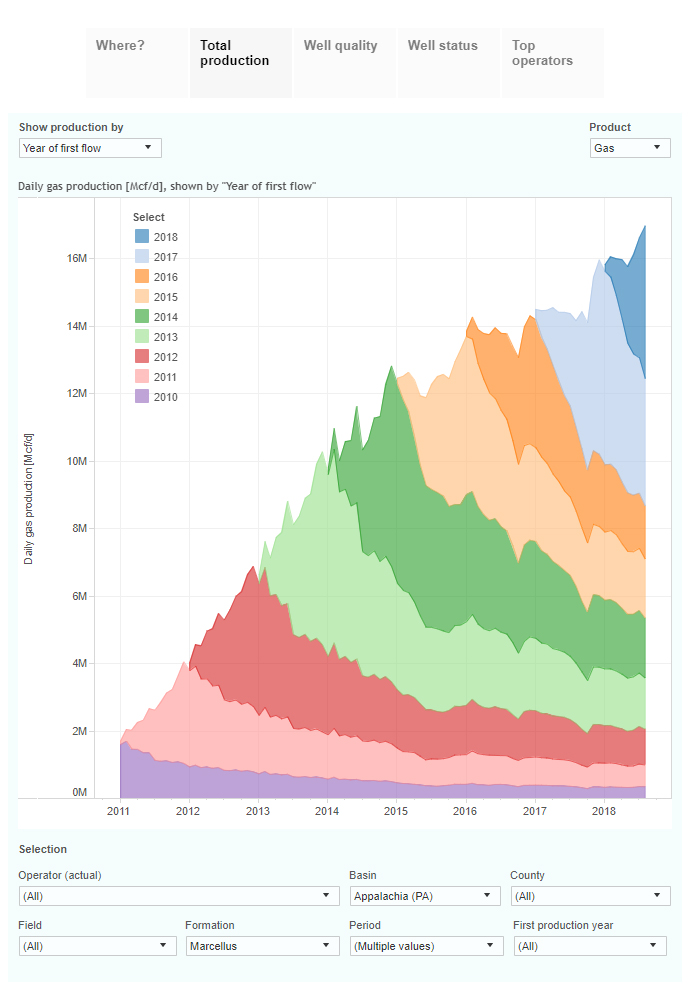 Gas production from horizontal wells in this state set another record in August, at 17 Bcf/d. An important factor behind this was a large number of wells that were brought online during the month; 108, the highest in almost 4 years. Almost 25% of total gas production in August came from just 265 wells, that each produced at a rate higher than 10 MMcf/d (change ‘Show production by’ to ‘Production level’ to see this). 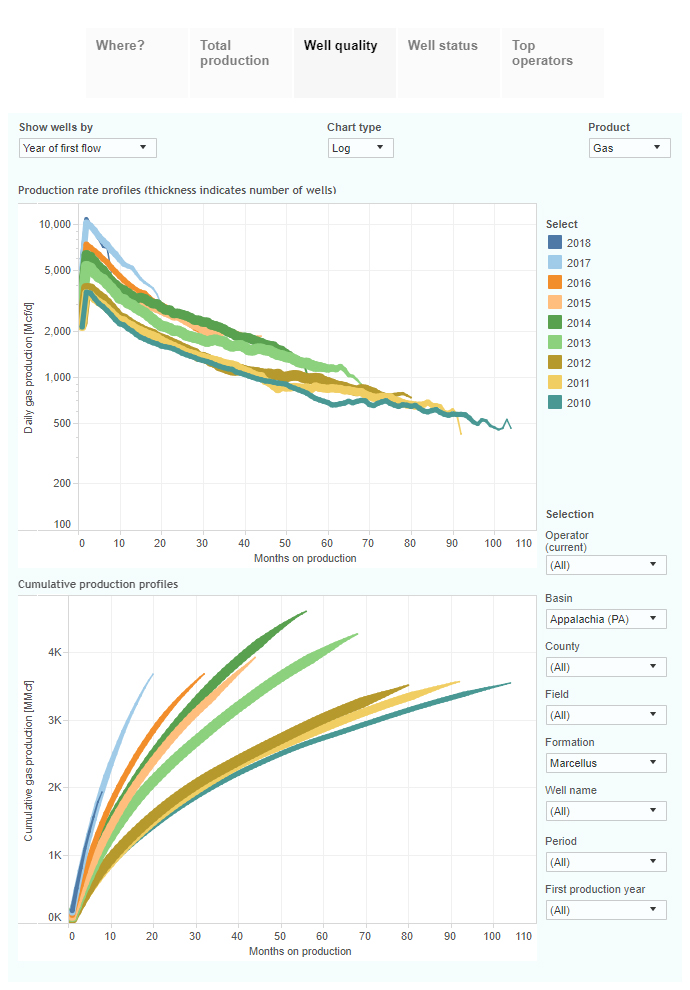 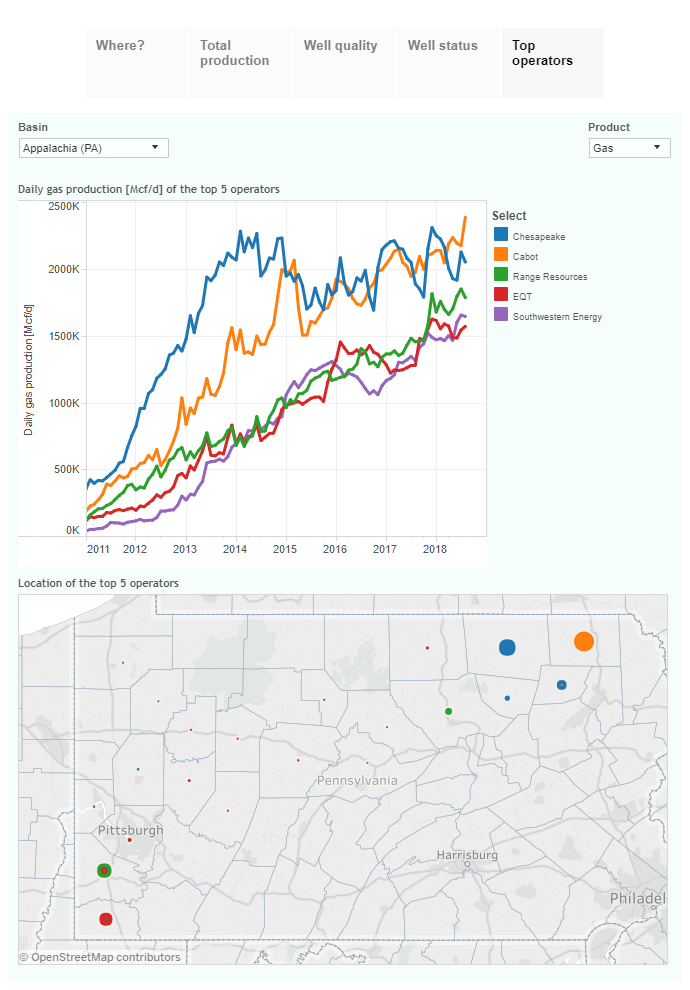 The 5 largest natural gas operators were all at or close to their historical highs in August (see “Top operators”). Cabot is now in the lead with 2.4 Bcf/d operated production, with almost all its wells in Susquehanna County. 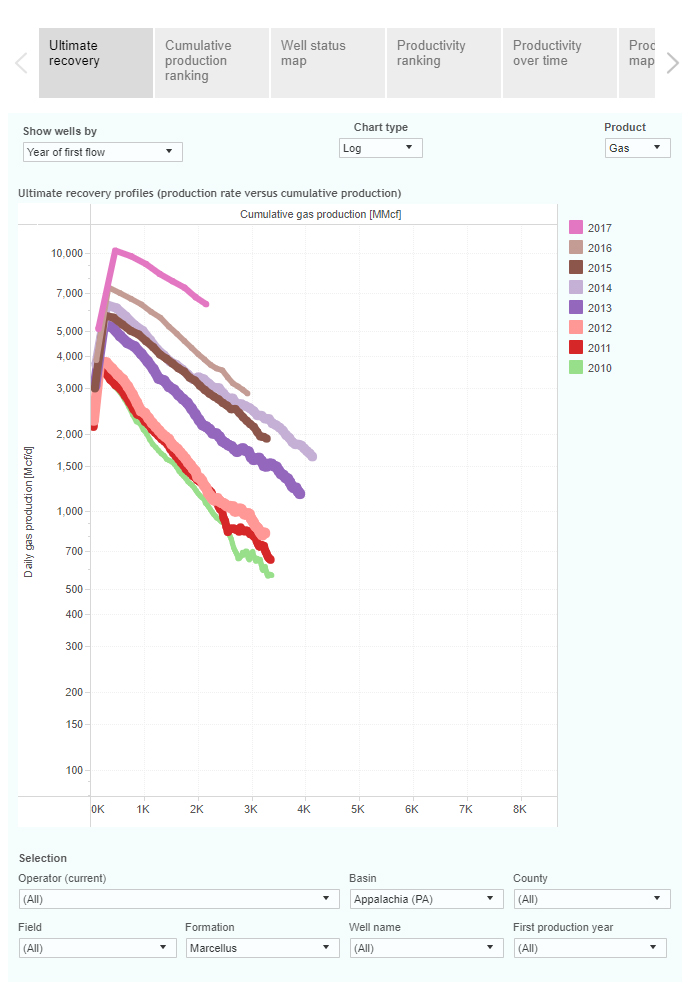 This “Ultimate Return” overview shows the relationship between gas production rates, and cumulative gas production, averaged for all horizontal wells that started producing in a certain year. For more recent and granular data, you can change this grouping to quarter or month, using the ‘Show wells by’ selection. 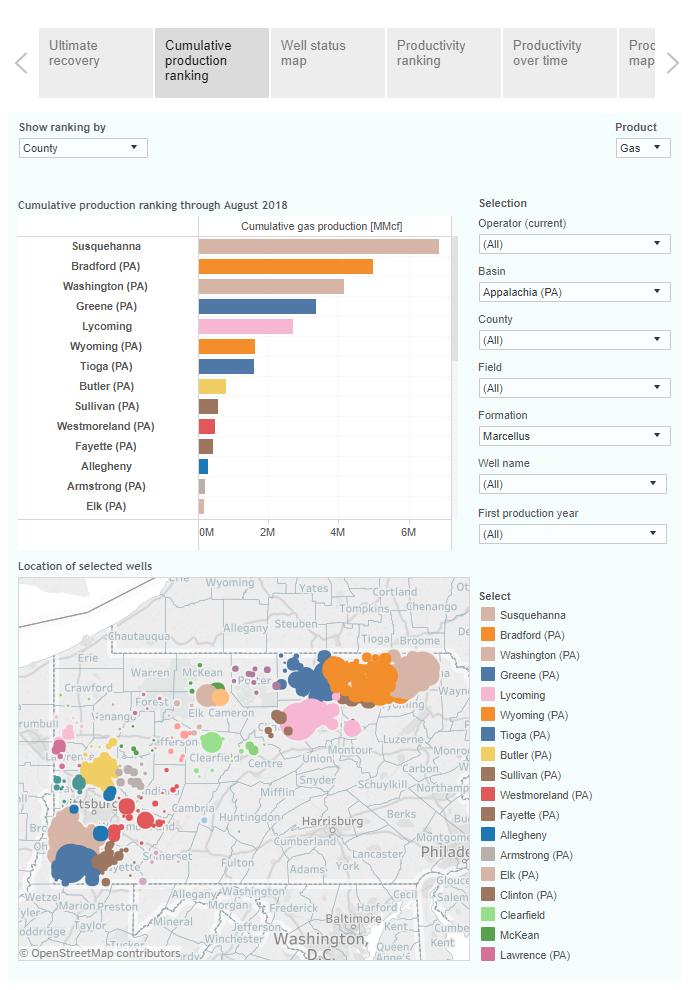 In the 2nd tab (“Cumulative production ranking”), the counties with horizontal wells are ranked by their cumulative gas production through August. Susquehanna is clearly in the lead, followed by Bradford. You can change this ranking to the level of well, in order to see the best performing wells to date. It will reveal that of the 8,400 wells, 9 have produced now each more than 17 Bcf, all of which are operated by Cabot or Chesapeake.

Early next week I will have a new update on the Permian, followed by the Eagle Ford later in the week.

Visit our blog to read the full post and use the interactive dashboards to gain more insight http://bit.ly/2PLW8Br