These interactive presentations contain the latest oil & gas production data from all 25,827 horizontal wells in the Permian (Texas & New Mexico) that started producing from 2008/2009 onward, through December. 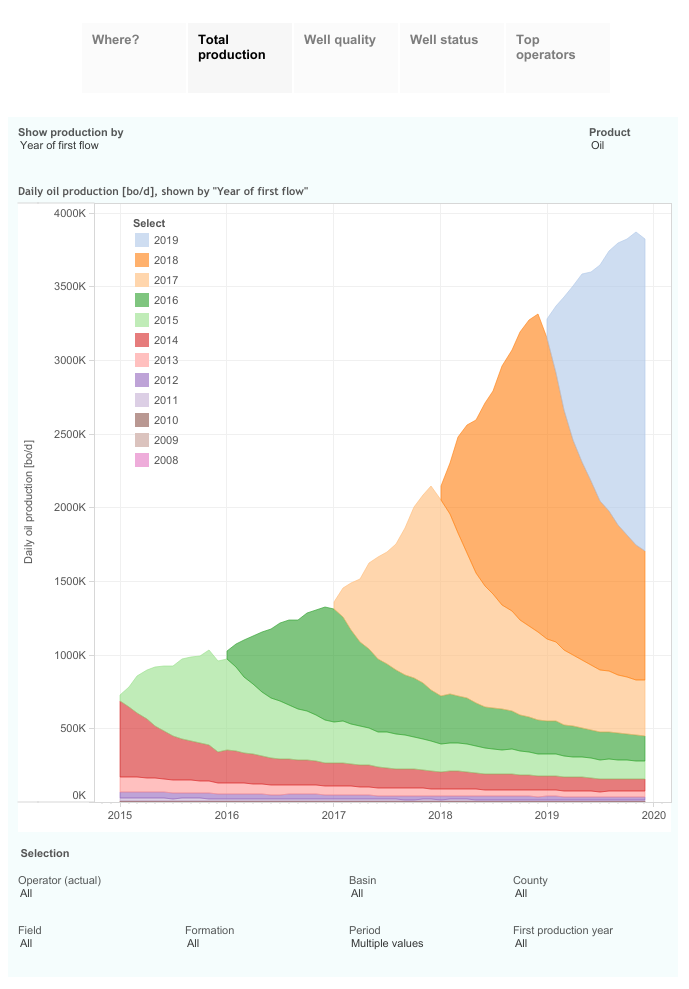 In the “well quality tab” you can easily see how well productivity has evolved over the last decade. Performance edged again higher in 2019, but the relative improvement since 2016 has been minor. In fact, after only considering oil wells and normalizing for lateral length (possible only in our our advanced analytics service), we now see the first signs of a small deterioration in well results compared with wells that began production in 2016.

The industry has been hit extremely hard by the major oil price drop this year. Many wells that are producing at less than 50 bo/d are uneconomical at current prices. In the Permian, almost half of the 26 thousand horizontal wells is below this level. This is still a relatively small fraction compared with the other shale oil basins, where horizontal drilling started earlier (e.g. almost 80% for the Eagle Ford) or declines are higher (DJ-Basin). It also does not constitute a large percentage of total production; these wells produced just about 5% of total production in December (200 thousand bo/d) in the Permian, which you can see in th chart above if you change the “Show production by” to “Production level”.

In the final tab (“Top operators”), the total production of the 8 leading operators in the Permian is displayed, including their well positions. Exxon Mobil, the number 5, showed quite a large decline in output in December. However, it mostly recovered from this a month later, based on preliminary data for January (available in our paid subscription services), 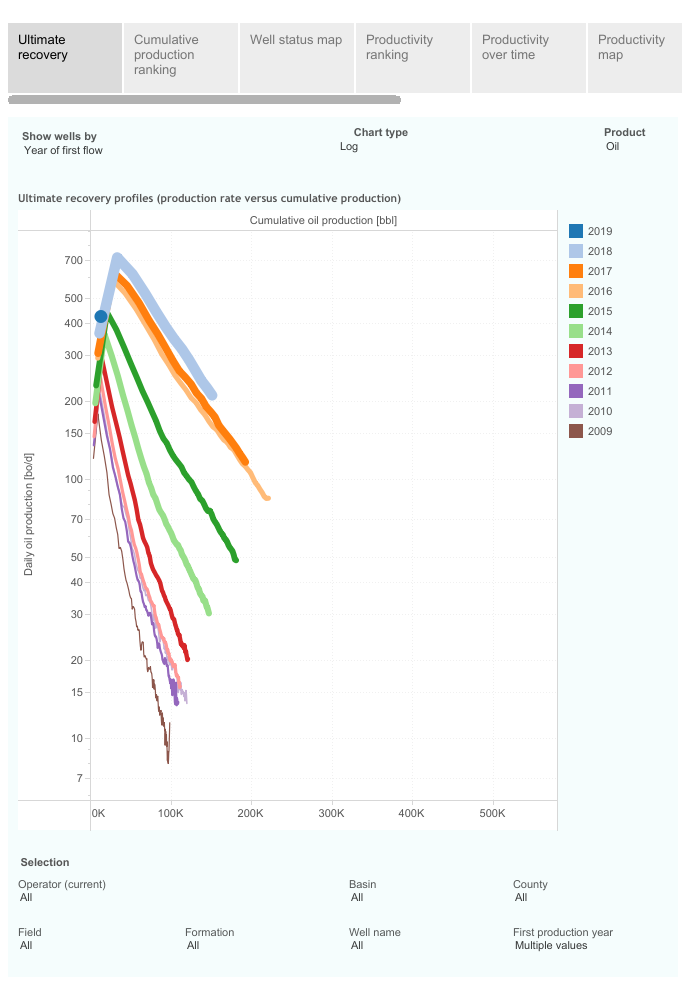 Early next week, we will have a new post on the Eagle Ford. We also hope to share a new dashboard from ShaleProfile Analytics later next week, in which the future oil & gas supply is projected, based on certain rig count and efficiency/productivity assumptions.

Visit our blog to read the full post and use the interactive dashboards to gain more insight: https://bit.ly/3dsfNCG