There is no logical reason for the American voters to wish to reject a second term of Donald Trump  (assuming he is the candidate, which is likely, and assuming that his wife does not insist he retire 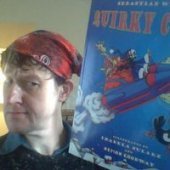 "America" you on the verge of losing your democracy! If Trump were to win, he'd attack American democracy even further.  'How' even now too many people don't fully realise that Trump would not even

The best way to defeat Trump in this election: China cancels all trade war tariffs on American exports