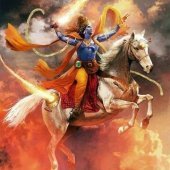 If you noticed, in Europe only fellow Eastern/Byzantinian nations trusted Russia. Russia was never trusted anytime by western European states, be it 200 years ago or now. Nothing has changed. Russia a

What is your point .   Yes the U.S military has been taken over by woke transgender heroin addicts.  LOL. What does this have to do with Putin taking a few Russian speaking oblasts in the ea

OpEd from the PM of Poland: https://archive.fo/rgUvd#selection-2031.0-2097.0 Polish PM: Europe must abandon all illusions about Russia Putin has shown his true face by invading an independen