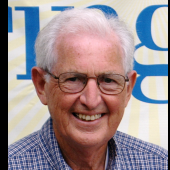 I completely agree, Jan. What Alberta needs to do is recognize the competitive challenge, develop an understanding of the scope of the problem, and get off their duff and start working the problem. Ac

The major difference in our views, Jan, is quantity. Your suggestion that Canada can refine all of its crude production and move the products into the local market doesn't match the numbers. Domestic

Andrew, I am not tied in to the Alberta scene, I have limited connections personally there.  What I can tell you is that the North Sturgeon Upgrader is mis-named; it is not an Upgrader, it is a full-f