The linked article is a crock of cobblers. It says: "Sunlight and wind are inherently unreliable and energy-dilute. As such, adding solar panels and wind turbines to the grid in large quanti 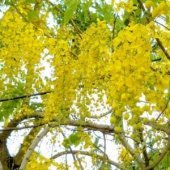 The linked articles seems planted article from advocates of fossil fuels and anti solar /wind brigade. It speaks solar/wind are unreliable, insufficient and costly and therefore not good fuel.. We sho

Solar and Wind Will Not "Save" the Climate