Or it is just that older people are more likely to have seen over their vast lifetime of experiences that nothing is as sure as people (and the experts) say it is, that the experts are never wrong, th

I have a chum of mine, very talented physician, who now works exclusively in the field of reducing preventable deaths due to medical error.  He tells me that there are some 400,000 medical-errors deat 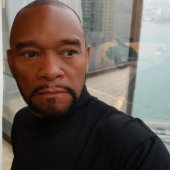 Our planet is supporting more humans than at any other time in human history.  It requires zero belief in climate change to understand common logic of resource preservation. The sun can now power our