Well, as long as he ‘insisted’ that the EU sanctions did not apply to Tehran....everything should be okay.🤔

It's the internet.  There is no sarcasm on the internet.  Or more specifically: no one will ever realize that anyone is ever sarcastic.   Toodelidoodelidooo.

John and Michael Bolton are not amused by sarcasm. 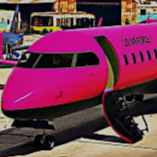