These interactive presentations contain the latest oil & gas production data from all 24,771 horizontal wells in the Eagle Ford region, that have started producing from 2008 onward, through March 2020. 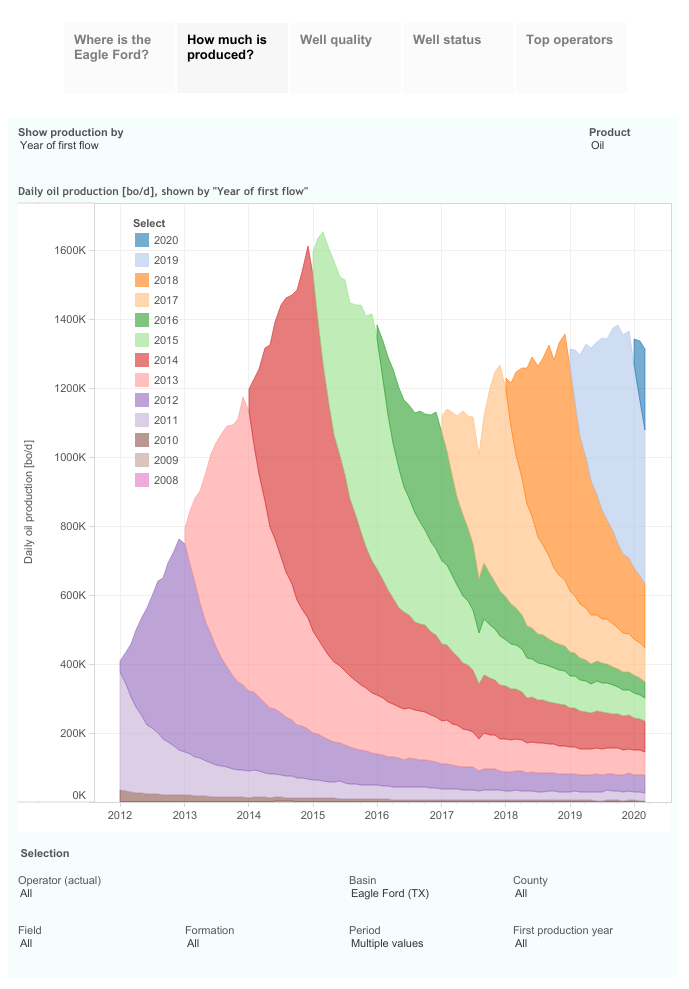 March oil production hovered at around 1.34 million bo/d, the same level as since the start of the year (after upcoming revisions). As is shown by the colored areas in the chart above, over half of production in March came from wells that started producing since 2019.

As of last week, the horizontal rig count in this basin has fallen to just 15, according to the Baker Hughes rig count. This is 50% lower than the previous low in May 2016. If drilling and completion activity would stay at such a level, production in this basin would fall below 800k bo/d by the end of next year, as one can simulate in our publicly available Supply projection dashboard:

Declines are quite steep relative to the Permian and the Bakken. On average, wells decline to a rate close to 20 bo/d after 6 years on production, as you can find in the “Well quality” tab. This is also the case if you exclude gas wells, which is a subscription-only feature. Furthermore, the bottom chart in that dashboard reveals that well results basically remained unchanged since 2017.

The 5 largest operators in the basin are displayed in the final tab. Chesapeake, which just set a production record in March at 176 thousand bo/d, filed for bankruptcy protection this week. It operates almost over 2,600 horizontal wells in the Eagle Ford, but it also has been unable to improve well performance since 2017: 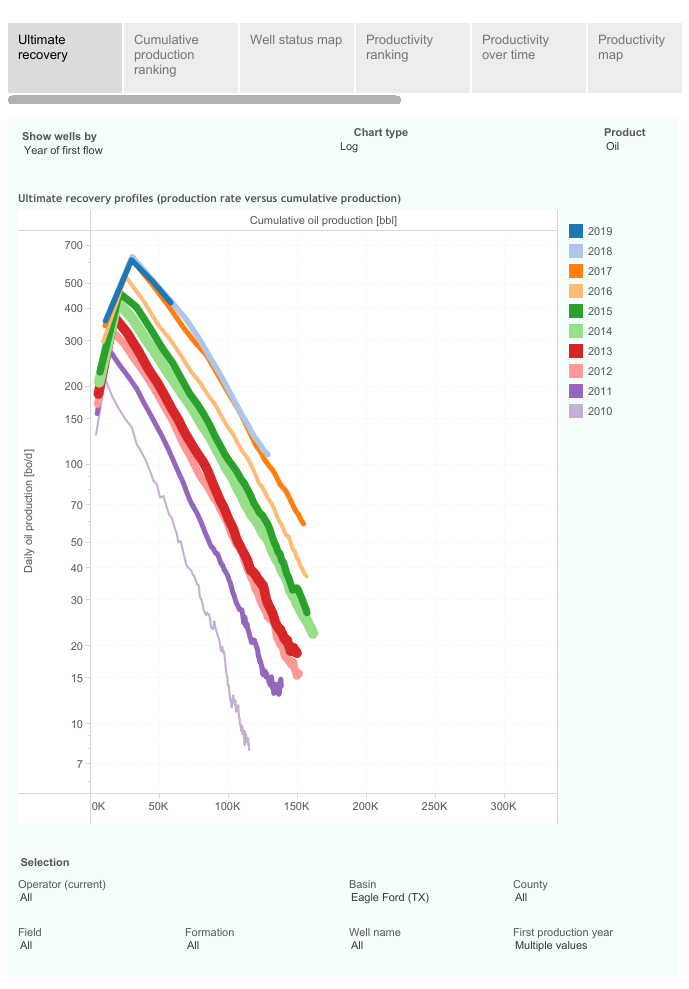 This “Ultimate recovery” overview reveals the relationship between production rates and cumulative production. Wells are grouped and averaged by the year in which production started. Extrapolating these curves allows you to see that newer wells are on a trajectory to recover just shy of 250 thousand barrels of oil, before they have hit a rate of 10 bo/d, which is probably already below the economic limit in the current pricing environment.

Early next week we will have a new post on all covered states in the US. We will also release a report on the major gas basins this week, which includes production data through March. Ohio, which also just released Q1 production data, will be covered in it as well.

Visit our blog to read the full post and use the interactive dashboards to gain more insight: https://bit.ly/2Bm5lOM