This interactive presentation contains the latest oil & gas production data through May from 20,900 horizontal wells in the Eagle Ford region, that started producing since 2008.

In the first 5 months of this year, oil production from these wells has hovered around a level of 1.2 million barrels of oil per day. This was a few percent above the output 12 months earlier, but lower than the level reached in Q4 last year. 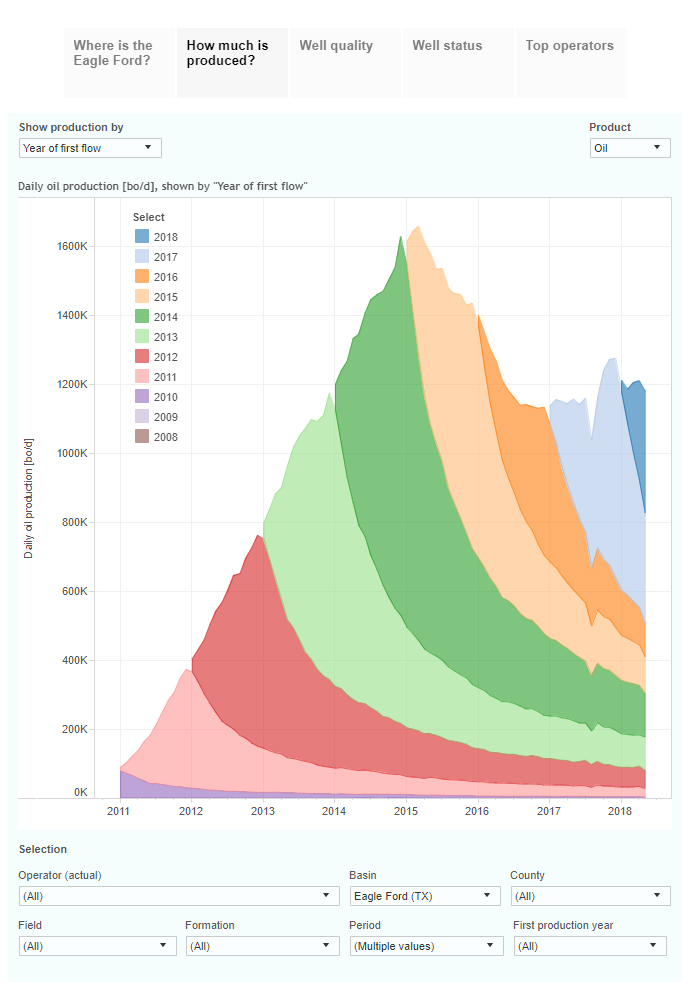 Although well performance has also steadily shown improvements here over the past years, most of it has come from better initial (<12 months) productivity, as shown in the ‘Well quality’ tab. The 1,602 wells that started producing in 2012, in the Eagle Ford or Austin Chalk formations, peaked at ~300 bo/d, while the 1,687 wells that started 5 years later did so at more than double this rate. 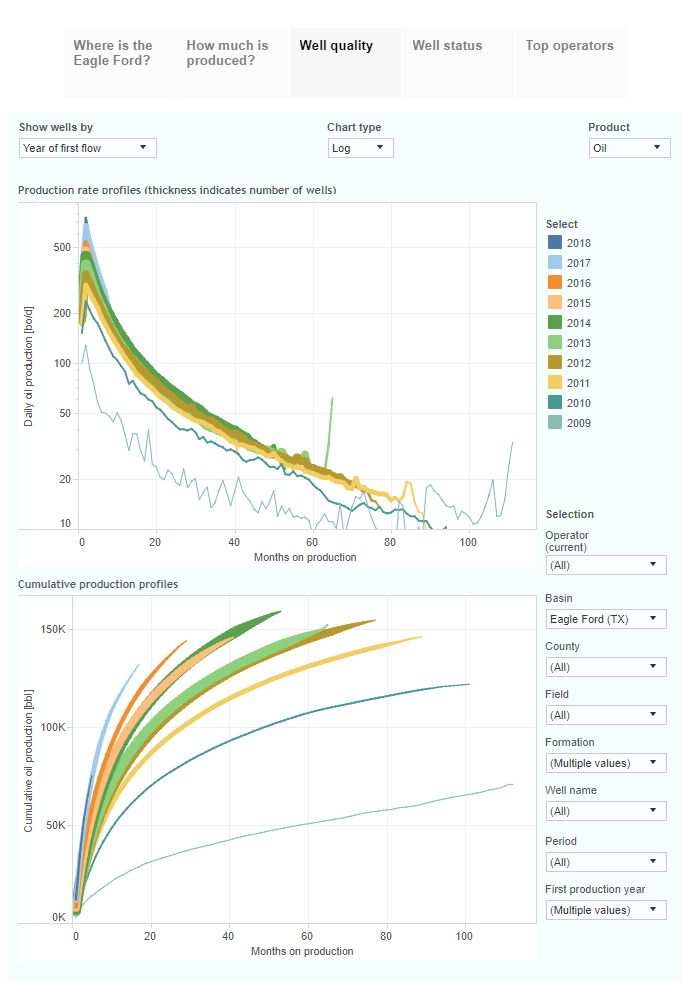 In this “Ultimate Recovery” overview the relationship between production rates, and cumulative production is revealed. Wells are grouped by the year in which production started. 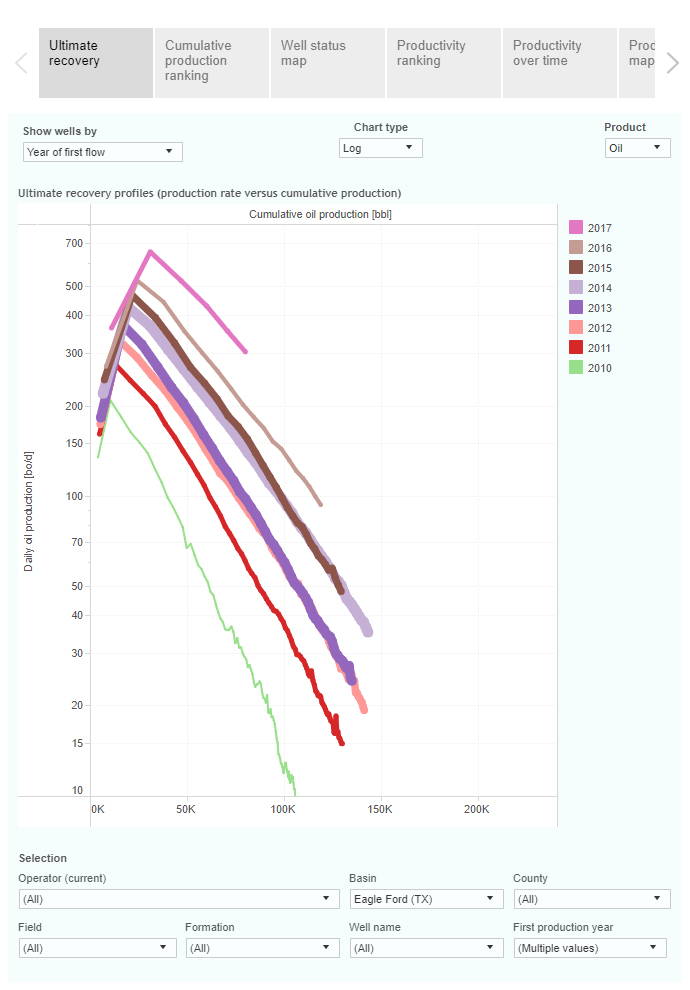 If you select only the Austin Chalk formation (using the ‘Formation’ selection), you’ll see that this formation is receiving more attention recently, with almost 100 wells completed in 2017, and that since 2016 their performance is better than comparable Eagle Ford wells. 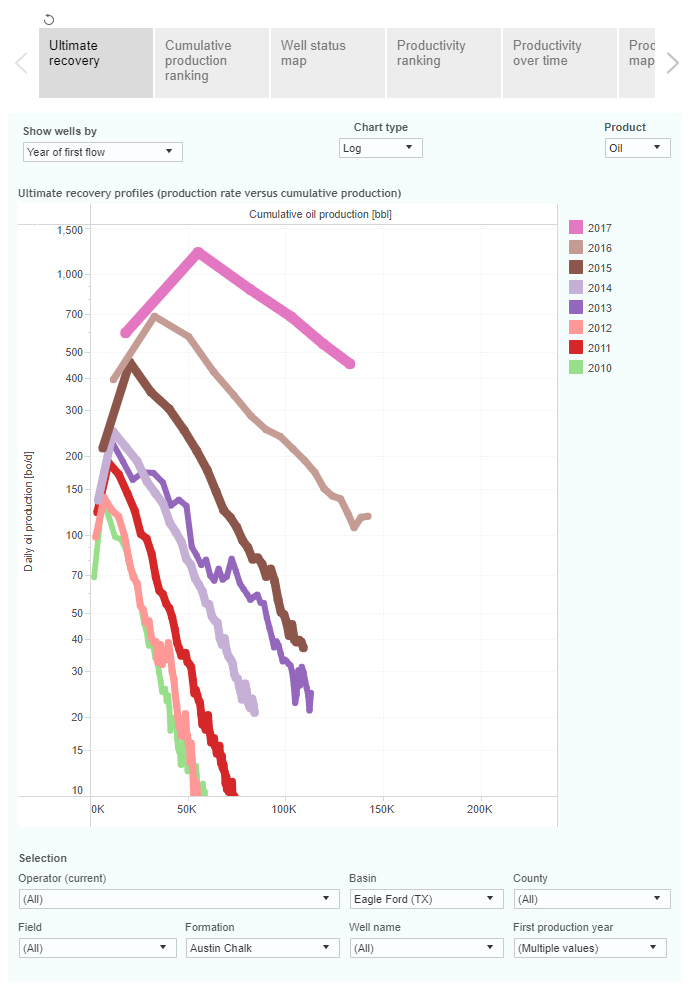 Later this week I will have a new post on the Niobrara region.

We just added a new dashboard in our ShaleProfile Analytics service, with which it is easy to see the gas/oil ratio across a basin, how this ratio has changed over time, and whether it has affected well productivity. See here a screenshot for this dashboard with the Eagle Ford selected (click and view or download to see the high-resolution version):

Visit our blog to read the full post and use the interactive dashboards to gain more insight http://bit.ly/2NcikGU