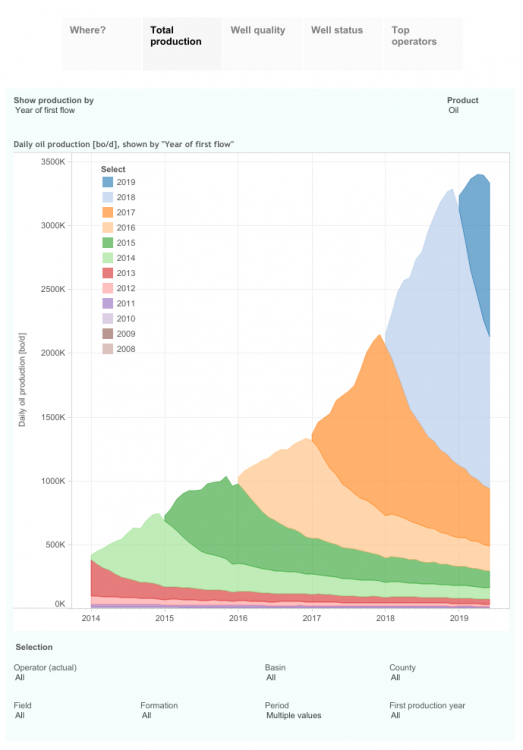 These interactive presentations contain the latest oil & gas production data from all 22,877 horizontal wells in the Permian (Texas & New Mexico) that started producing from 2008/2009 onward, through June 2019.

June production came in at just over 3.3 million bo/d, which after upcoming revisions will get close to 3.5 million bo/d. That would represent a growth of about 200 thousand bo/d in the first 6 months, which is significant, but well under the growth rate in the past 2 years. Since the beginning of the year, the horizontal rig count has dropped by 14% (from 443 to 383), which is now starting to make an impact. Gas production, most of it associated with oil production, was nearly 12 Bcf/d in June.

After major strides in performance in the years 2013-2016, well productivity is up only slightly in the past 3 years, as you can find in the “Well quality” tab.

Normalized for the increase in lateral lengths, well results have not increased since 2016, as you can see in the following image, which was taken from our advanced analytics service:

Pioneer Natural Resources produced almost as much as Concho, the number 1 in the basin (“Top operators” dashboard). 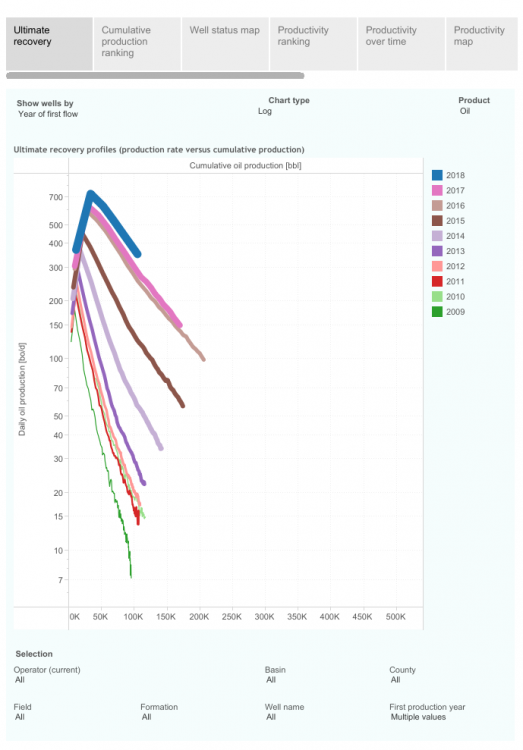 After 2.5 years, the 2,271 horizontal wells that began production in 2016 recovered on average 206 thousand barrels of oil, in addition to 0.6 Bcf of natural gas. Their average production rate fell in this period from almost 600 bo/d to just below 100 bo/d.

Last week we held a webinar (our first!) on Terminal Decline Rates. We analyzed these rates for the major tight oil and gas basins, using a new dashboard in our analytics service. Here you can find the average annual production rate and decline rates, for all the horizontal oil wells that started in the Permian since about 2010. 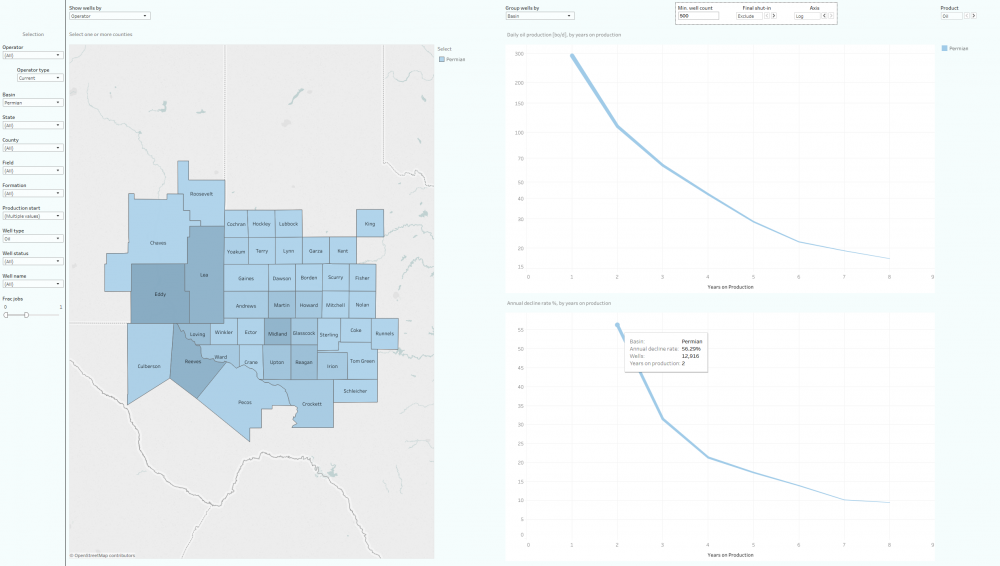 As you can see in the tooltip, the average annual decline rate from year 1 to year 2 is 56%. After year 7, this annual decline rate has fallen to 10%. This dashboard also allows you of course to analyze this data for specific counties, operators, or by well vintage.

Early next week we will have a post on the Eagle Ford.