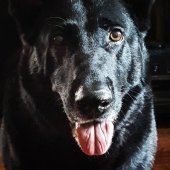 Rightly said. We are free on paper only. Every day, they are working at neutering our Constitution until it will soon be nothing but a piece of paper, incapable of securing the rights of anyone. So ma

Granted - the Russians took it by conquest - which was fair and square for everyone back at the time they did it.  But then they held it for a long while afterwards, which has to count as a legitimate

Why did Russia want Crimea 2014 ? Oil ? Why now does Putin want Eastern Ukraine ?