These interactive presentations contain the latest oil & gas production data from all 14,948 horizontal wells in North Dakota that started production from 2005 onward, through June. 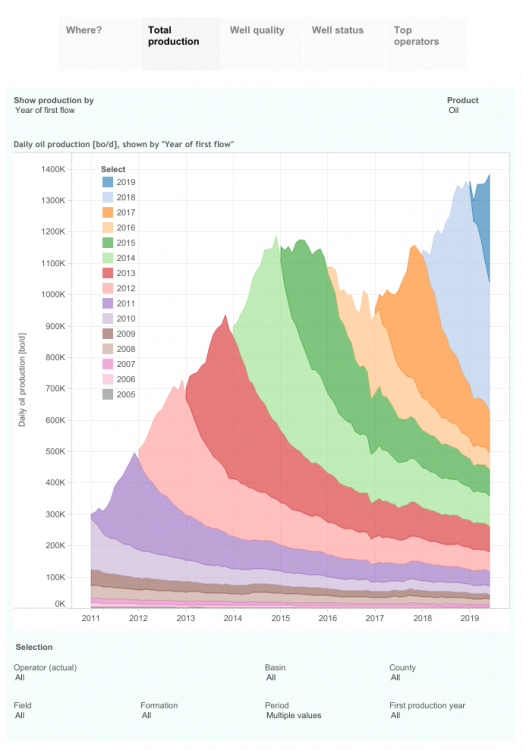 Oil production in North Dakota set a new record in June, at 1.425 million bo/d. In the first half of this year, 565 horizontal wells were brought online, 10% more than in the same period last year. Completion activity in June was high, with 135 wells put on production.

The production profiles of all these wells can be found in the “Well quality” overview, where they are averaged and displayed by year. The wells that started production this year are so far tracking a similar performance as those from last year. 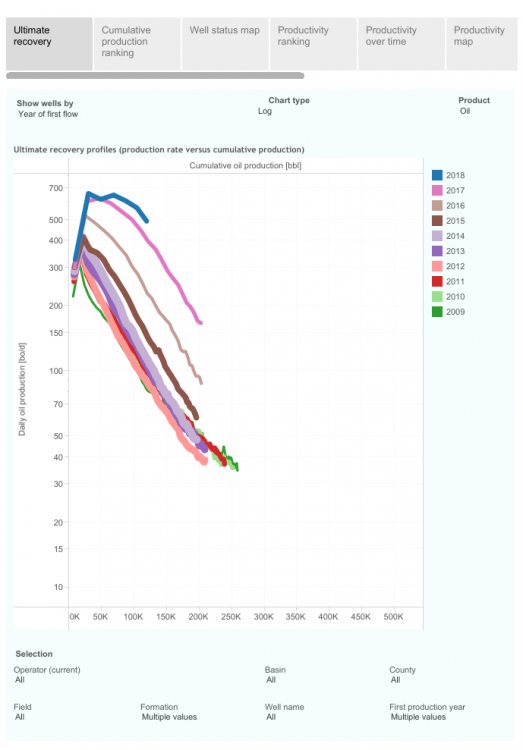 As you can see, the 2018 vintage has had the best start so far, with a recovery of 120 thousand barrels of oil in the first 7 months, on average.

But if you look at it in more detail, by grouping the wells by quarter, the picture becomes murkier. It shows that well productivity did not really improve any more since 2017 Q3, as the wells that started in the beginning of that year dragged the average performance down.

Furthermore, laterals in 2008-2010 were on average about 20% shorter than in more recent years. Normalize for that and those early wells are on a path to outperform the newer wells, as you can see below (despite having a worse start!). 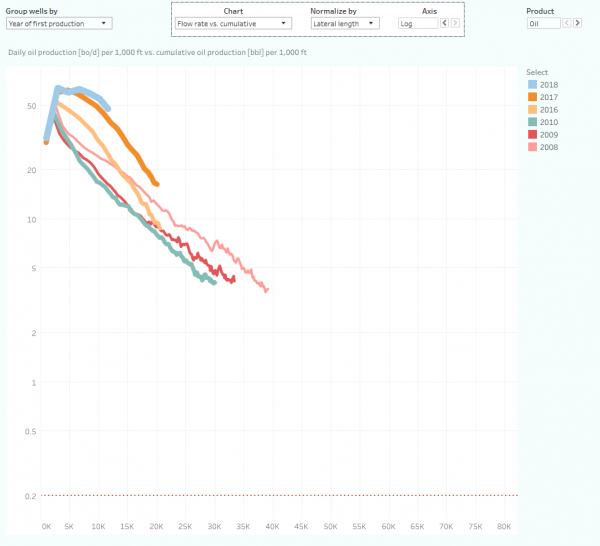 Another screenshot I want to share from our service shows the updated “Well status” dashboard. The new version allows you to answer many kinds of questions related to well count, for example:

The number of producing wells by operator in a certain region

The DUC count by spud year

The following image answers this last question, for all the DUCs that have been spud in North Dakota since 2015. 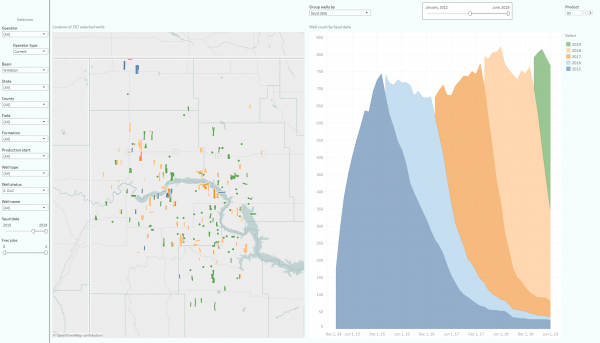 It reveals how the DUC count has evolved over the past couple of years. Of the 767 DUCs in June, that were spud since 2015, only 37 were drilled in 2015 and 2016. The map shows the exact location of these DUCs.

If you have other questions of this kind, simply request a demo or a free trial.

Early next week we will have a post on gas production in Pennsylvania, which also released June production data recently, followed by updates on the Permian and the Eagle Ford.

- DMR of North Dakota. These presentations only show the production from horizontal wells; a small amount (about 40 kbo/d) is produced from conventional vertical wells.